An art form made possible by the moving image, animated film used to solely rely on delicate brushstrokes and crisp lines of ink for propulsion. But what if there was a digital means to re-create the loose, flowing atmosphere of early cartoons? 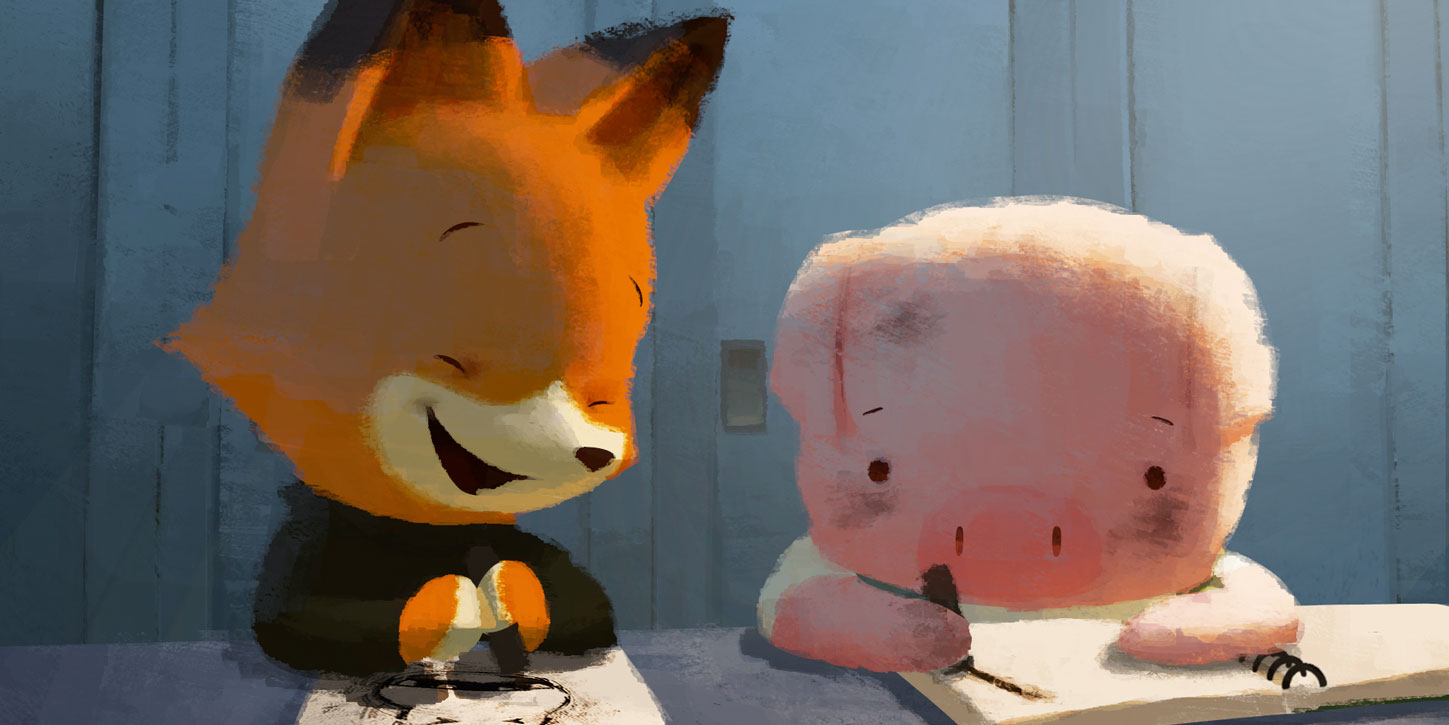 The Dam Keeper—the Oscar-nominated animated short debut and passion project from two former Pixar animators, Robert Kondo (set designer) and Daisuke “Dice” Tsutsumi (lighting designer)—brings back the principals’ classical training and admiration for the pastel-like work of icons such as Frédéric Back.

The ecological fable, which eschews dialogue, updates the story of the little Dutch boy with a self-conscious pig and precocious fox while capturing the detail and artistry of more traditional forms of painting. With a workflow that could almost be described as a digital-to-analog pipeline, the production allowed animators to “touch as much of the picture” as they could, says Kondo, as they added brushstrokes to more than 8,000 individual digital frames.

“We pay attention to the way light reacts to things we see in the world,” Tsutsumi says. “It’s a very painterly process.” 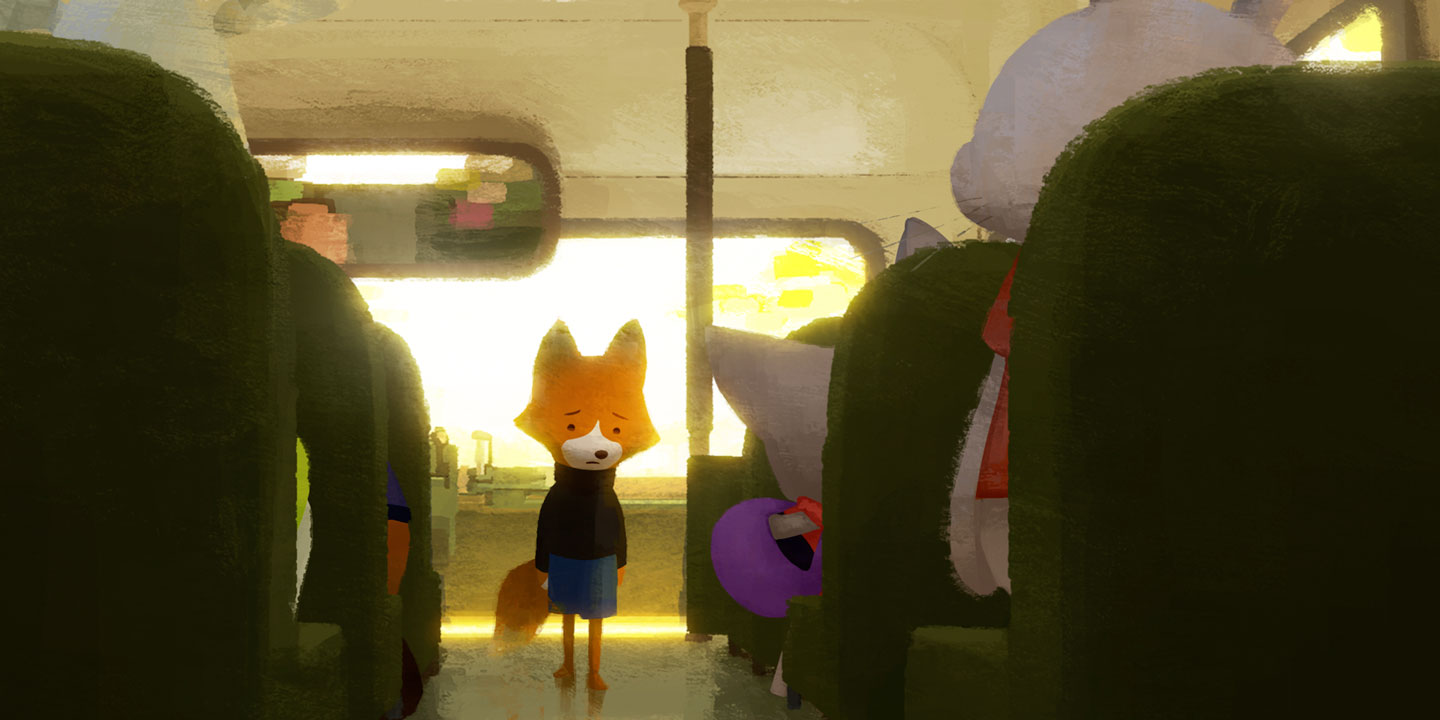 As befitting Tsutsumi’s background in lighting design, the environmental parable plays like a moving painting, with shadows and colors swirling and shifting in digital poetry. Inspired by some of the processes the team learned at Pixar, the project utilized a digital workflow to harness traditional artistry.

After the pre-production phase of drafting set plans with Autodesk SketchBook Pro and storyboarding in Avid, the animation process started with Autodesk Maya, where they would design sets and layout in 3D, a scale and staging step they called their “workbook stage.” Then the animators would work in TVPaint and export images frame by frame to Photoshop, where they would paint every image.

Tsutsumi developed a process that used Photoshop Adjustment Layers to paint light using mattes as opposed to something like color select. It eliminated variances of color that could have been distracting, and provided more control, akin to the way artists using oil paint can adjust the transparency and opaque quality of their materials.

“We really thought of what we were doing as animating light,” Kondo says.

The process of working in 3D at Pixar informed their process, says Tsutsumi, and it made him a better painter. Thinking about light, and the way that computer programs allow you to turn on and off different light sources, led to the idea to use Adjustment Layers in Photoshop, and tweaking transparency by transparency. 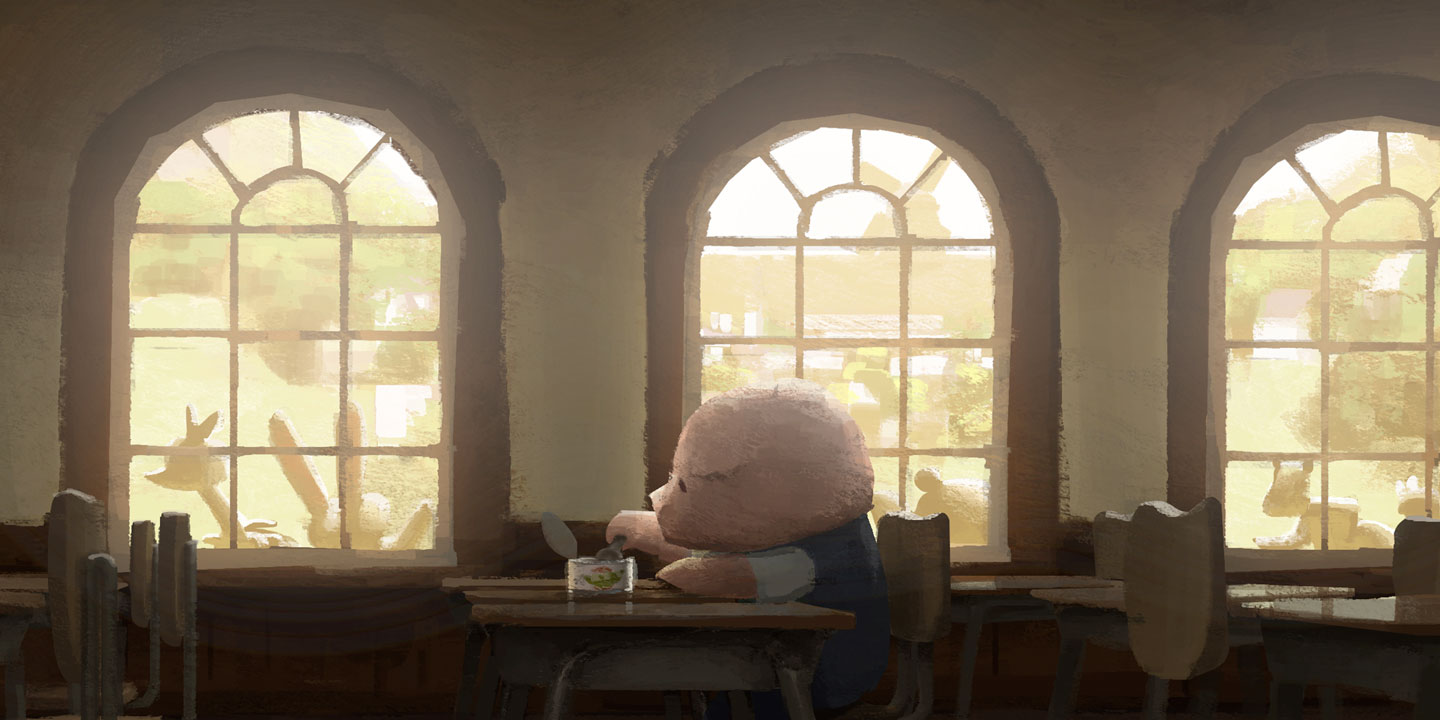 While being at the helm of a crew of roughly 70 people for the first time was a challenge in itself, the true learning curve for independent filmmakers Kondo and Tsutsumi came during the writing phase. The heart of the film is the character development of Pig, a strong arc that, like an object in space bending toward a gravitational field, seems to nod toward the rigorous but universal storytelling style of Pixar. Perhaps their original office location, across the street from their former employer, reinforced the story-first mantra of their mentors.

The narrative was their preeminent concern, says Kondo—they burned through multiple drafts and five different concepts before getting it right—but the iterative process experienced by the new studio was just natural growing pains, and set the stage for the eye-catching animation, which has been screened at dozens of festivals on its way to the Oscars.

“More than anything else, what we picked up from Pixar was the ability to scratch things and start over, to always edit and make things a better story,” Kondo says. “Growth was a huge part of the process. This is the first time we ever wrote or directed; it put us in a position of vulnerability. It was important for us that we worked with people who were taking similar risks.”

This article originally appeared on Line/Shape/Space.