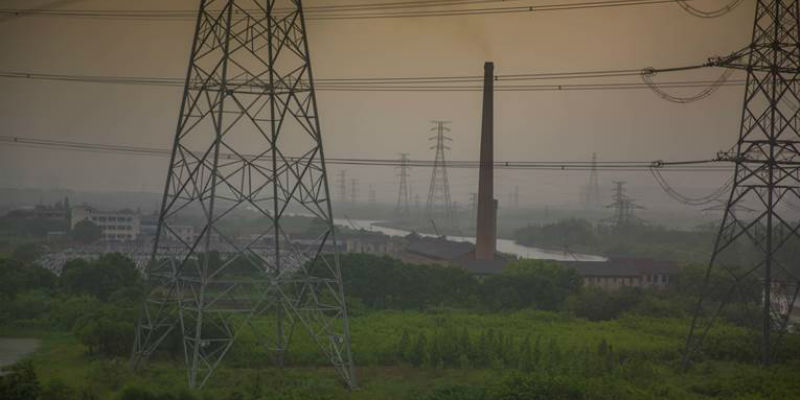 In a study published in the journal Nature Climate Change, scientists from three universities show that products made in China are associated with significantly higher carbon dioxide emissions than the same products made elsewhere.

“The amazing increase in Chinese manufacturing over the past 15 years has driven the world economy to new heights and supplied consumers in developed countries with tremendous quantities of lower-cost goods,” said co-author Steven J. Davis, an assistant professor of Earth system science at the University of California, Irvine. “But all of this has come at substantial cost to the environment.”

The researchers, also from Harvard University and the University of Maryland, attribute China’s high emissions intensity – the quantity of CO2 emitted per dollar of goods produced – to the nation’s antiquated manufacturing processes and reliance on coal.

“The CO2 emissions related to China’s exports are large not just because they export a lot of stuff or because they specialize in energy-demanding industries, but because their manufacturing technologies are less advanced and they rely primarily on coal for energy,” said co-author Klaus Hubacek, a University of Maryland professor of geographical sciences.

In an earlier study, UCI’s Davis showed that developed countries were outsourcing both jobs and the problem of industrial pollution by having products manufactured in low-wage economies like China’s. This new work goes a step further to demonstrate that consumption of Chinese-made goods by consumers in advanced economies is potentially accelerating global climate change, a problem without national borders.

For this study, researchers paid particular attention to Chinese regions with high emissions intensity. Steel mills, mineral processors and petrochemical plants in Guizhou, Inner Mongolia, Ningxia, Yunnan and Shanxi are China’s dirtiest industries. Davis and his colleagues suggest that developed countries could do a lot to alleviate carbon pollution by helping improve manufacturing processes in these areas.

“This analysis can help policymakers in China and internationally identify the industries and provinces in which efforts to promote less energy-intensive manufacturing equipment and practices would have the largest leverage to reduce CO2 emissions,” said lead author Zhu Liu, a research associate at Harvard and a Resnick Prize postdoctoral scholar at the California Institute of Technology. “Given the differences we observed within industries and across provinces in China, many opportunities would involve creating incentives to promote the adoption of Chinese best practices.”