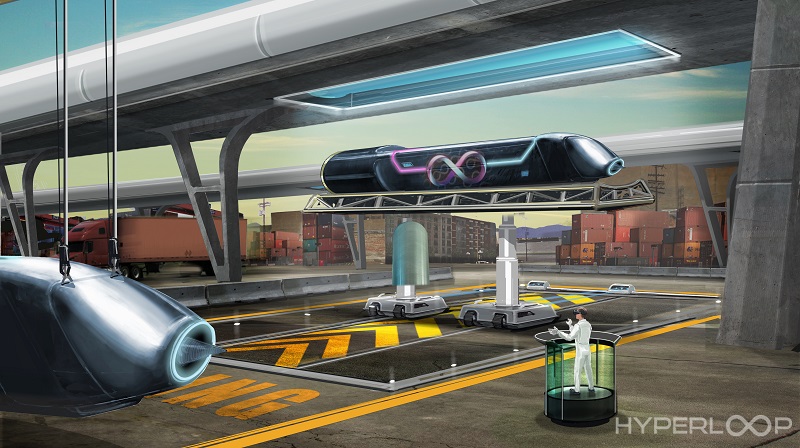 Hyperloop Technologies Inc. has entered into an arrangement with the Nevada government to allow a test facility to be built in a business park, where a linear electric motor will shoot pods through a tube at up to 335 miles per hour.

If it works, the eventual public version of the hyperloop could transport people and cargo at up to 750 miles per hour across the United States using pressurized capsules inside a magnetic tube. The capsules would zip along using a combination of magnetism and solar power.

The project, which did not receive any tax incentives, will be undertaken at a 50-acre facility, the Apex Industrial Park, in North Las Vegas. Hyperloop Technologies Inc. did not disclose the total cost of the test, but did say that it has raised $37 million from investors and plans to raise $80 million more through bond financing.

“This is another step, but a very important one, on our way to realizing the full potential of Hyperloop Tech,” said Rob Lloyd, CEO of Hyperloop Technologies, in a blog post. The company is ideally heading for what Lloyd calls the “Kitty Hawk moment,” a test they plan to conduct in late 2016 that will send the pod rocketing around at its full speed.

“The recognition of the importance of our efforts by government officials at the state and local level in Nevada is extremely encouraging, and we expect this to be the first of many world changing breakthroughs to occur in 2016,” Lloyd said.

Testing will begin early next year, with a goal of starting full operation in early 2017.

Los Angeles mayor John Lee said in a statement to the Associated Press that “This is a huge development for our city and for the entire region. We welcome Hyperloop Tech as one of the innovative job creators who will transform the landscape of Apex and diversify our economy.”