Elon Musk’s Boring Company has recently announced it is dropping plans of the Los Angeles underground tunnel plans after concerns from residents, according to USA Today.

The LA transit initiative said Tuesday that it was going to withdraw plans for a tunnel, under Interstate 405, after a settlement with community groups sued the city when the project was discharged after an environmental review process, NBC News reported.

Originally, Musk said the “test tunnel” in the southern suburb of Hawthorne was finished and would be revealed to the public on December 10.

Now, the Boring Co., founded in 2016 after Musk’s frustration with traffic around his LA-home, will focus on the Dugout Loop, a 3.6-mile underground public transportation tunnel that runs directly to the Dodger Stadium.

The company hopes the Dugout Loop will “help reduce traffic in Los Angeles by providing a clean and efficient public transportation option,” the Boring Co. said, according to their website.

The Loop would transport people through the system’s tunnels on an electric-powered platform called a skate that can go at speeds up to 150 miles per hour.

Ultimately, Hyperloop pods could surpass 600 miles an hour, and make a 40-mile trip into a 15-minute ride. 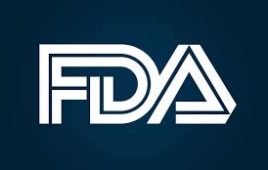