Reinforcing its strong connection with social conservatives, the Trump administration announced Thursday a new federal office to protect medical providers refusing to participate in abortion, assisted suicide or other procedures on moral or religious grounds.

The announcement by the Department of Health and Human Services came a day ahead of the annual march on Washington by abortion opponents, who will be addressed via video link by President Donald Trump. HHS put on a formal event in the department’s Great Hall, with Republican lawmakers and activists for conscience protections as invited speakers. 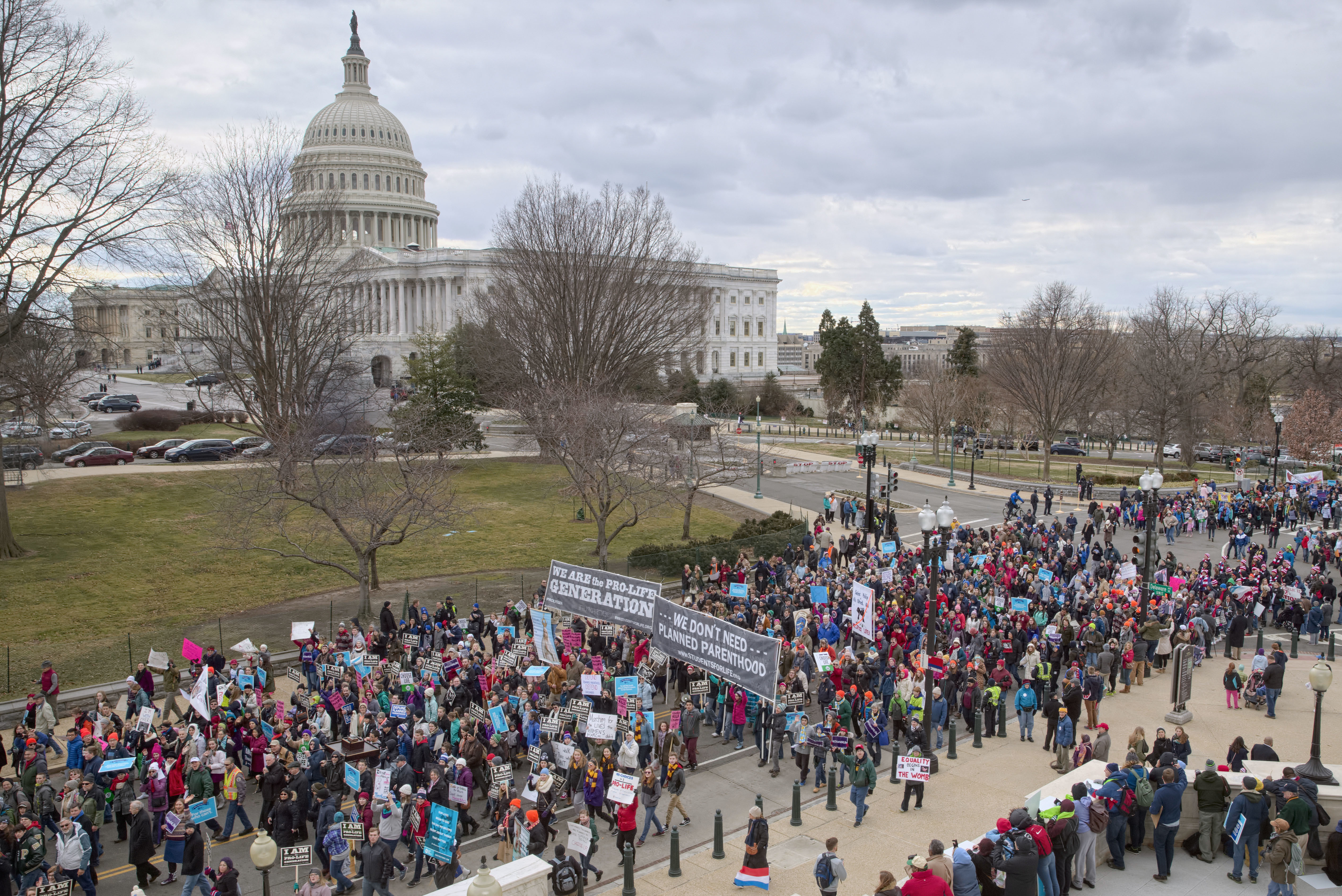 In this Friday, Jan. 27, 2017 file photo, anti-abortion demonstrators arrive on Capitol Hill in Washington during the March for Life, marking the anniversary of the 1973 Supreme Court decision legalizing abortion. Organizers say Donald Trump will become the first sitting president to address the 2018 March for Life gathering, speaking live from the White House. (AP Photo/J. Scott Applewhite)

The religious and conscience division will be part of the HHS Office for Civil Rights, which enforces federal anti-discrimination and privacy laws. Officials said it will focus on upholding protections already part of federal law. Violations can result in a service provider losing government funding.

No new efforts to expand such protections were announced, but activists on both sides expect the administration will try to broaden them in the future.

“For too long, too many health care practitioners have been bullied and discriminated against because of their religious beliefs and moral convictions, leading many of them to wonder what future they have in our medical system,” Hargan told the audience.

“The federal government and state governments have hounded religious hospitals and the men and women who staff them, forcing them to provide or refer for services that violate their consciences, when they only wish to serve according to their religious beliefs,” Hargan added.

After Hargan spoke, Rep. Kevin McCarthy, the No. 2 Republican in the House, provided an example of the kind of case the new office should tackle. McCarthy told the audience he has “high hopes” that the “arrogance” of a California law known as AB 775 “will be investigated and resolved quickly.”

That law, which requires anti-abortion crisis pregnancy centers to post information about abortion and other services, is the subject of a free-speech challenge brought by the pregnancy centers that will be heard by the U.S. Supreme Court.

Although the HHS civil rights office traditionally has gotten a small number of complaints involving religious and conscience rights, the number has grown since Trump was elected.

Office director Roger Severino said that from 2008 to Nov. 2016, HHS received 10 such complaints. Since Trump won, the office has received 34 new complaints. Before his appointment to government service under Trump, Severino was an expert on religious freedom, marriage, and life issues at the conservative Heritage Foundation.

The new HHS office joins the list of administration actions seen as pleasing to social conservatives, including expanded exemptions for employers who object to providing contraceptive coverage, and the White House move to bar military service by transgender people. Those initiatives have run into legal challenges.

Democrats, LGBT organizations and some civil liberties groups were quick to condemn the administration’s latest action.

“They are prioritizing providers’ beliefs over patients’ health and lives,” Louise Melling, deputy legal director of the American Civil Liberties Union, said in a statement. “This administration isn’t increasing freedom — they’re paving the way for discrimination.”

On Capitol Hill, Rep. Frank Pallone, D-N.J., pledged to keep a close eye on the new enforcement office. “Religious freedom should not mean that our health care providers have a license to discriminate or impose their beliefs on others,” Pallone said. He is the ranking Democrat on the Energy and Commerce Committee, which has jurisdiction over many health care issues.

LGBT-rights organizations suggested some medical providers will be emboldened to shun gay, lesbian and transgender patients.

“LGBT people have already been turned away from hospitals and doctors’ offices,” said Rachel Tiven, CEO of Lambda Legal. “The Orwellian ‘Conscience and Religious Freedom’ unit simply provides guidance on how they can get away with it.”

But conservatives said the new office will help maintain balance in the health care system. It’s a world that has become increasingly secular, even if many of its major institutions sprang from religious charity.

“In the context of health care, Americans have very deep, sincere differences on a number of ethical and moral matters,” said Heritage Foundation analyst Melanie Israel. “It’s these conscience protections that allow us to work and live alongside each other despite our differences.”