Workhorse, the people behind SureFly, have a dramatic opener on their company site. “After 78 years, the helicopter has been reinvented.” It will be available for viewing at the Paris Air Show this month.

Workhorse has come up with a design that features “eight independent motors each driving a single carbon fiber propeller, a backup battery power system, and a ballistic parachute to safely land in the event of emergency.”

OK, say helicopter, but based on its attributes IEEE Spectrum‘s description gets close to its essence, as a “passenger-carrying air taxi.” And designboom looks at it as fusing a “helicopter with drone into a carbon-fiber craft.”

The company calls it “a personal helicopter/VTOL aircraft.” (VTOL stands for vertical take-off and landing.) This is a little helicopter envisioned for “short hop” travel. It uses eight motors to each drive a carbon fiber propeller.

The design is such that it can carry two passengers up to 70 miles—you can fly 70 miles on a tank and then refill.

After all, said Philip Ross in IEEE Spectrum, “Range anxiety, the bugaboo of all-electric driving, is even more frightening for all-electric flying, where running out of power has worse consequences than having to pull over to the side of the road.”

“The helicopter has been around for 78 years and is finally being reinvented,” said Stephen Burns, CEO of Ohio-based Workhorse.

Why does the company think it is special? For one, Workhorse is promoting its helicopter as safer to fly than traditional designs. The Drive talked about safety features: “The SureFly is designed to fly primarily with the gasoline engine on, using its battery pack as a backup power source in case of engine failure. If one of the electric motors fails, onboard computers can reroute power to the others to keep the helicopter in the air.”

The four arms fold down; the company said this offers the advantage of a small footprint in a garage.

The fuselage and props are carbon fiber, for durability and light weight.

So are these autonomous? Not at first. The first copters will be run by humans but Workhorse wants future versions to be autonomous with a payload of up to 400 pounds.

Another feature promoted is its ballistic parachute; Steve Burns, chief executive of Workhorse, told IEEE Spectrum that the ballistic parachute is fired upward, like an ejector seat, “so you can be 100 feet up, and it’ll still work. In a normal helicopter the rotor would chop it up, but with eight blades, there’s nothing directly overhead.”

Who would be interested in this way of getting short runs accomplished in the sky?

“Early adopters will include: farmers interested in precision agriculture; emergency responders, who want to get to the scene of an accident a few minutes faster than they could by ambulance; and the military,” said Ross.

Any talk of pricing? Well, “it’ll sell for under US $200,000, for the initial adopters,” Burns said in IEEE Spectrum. 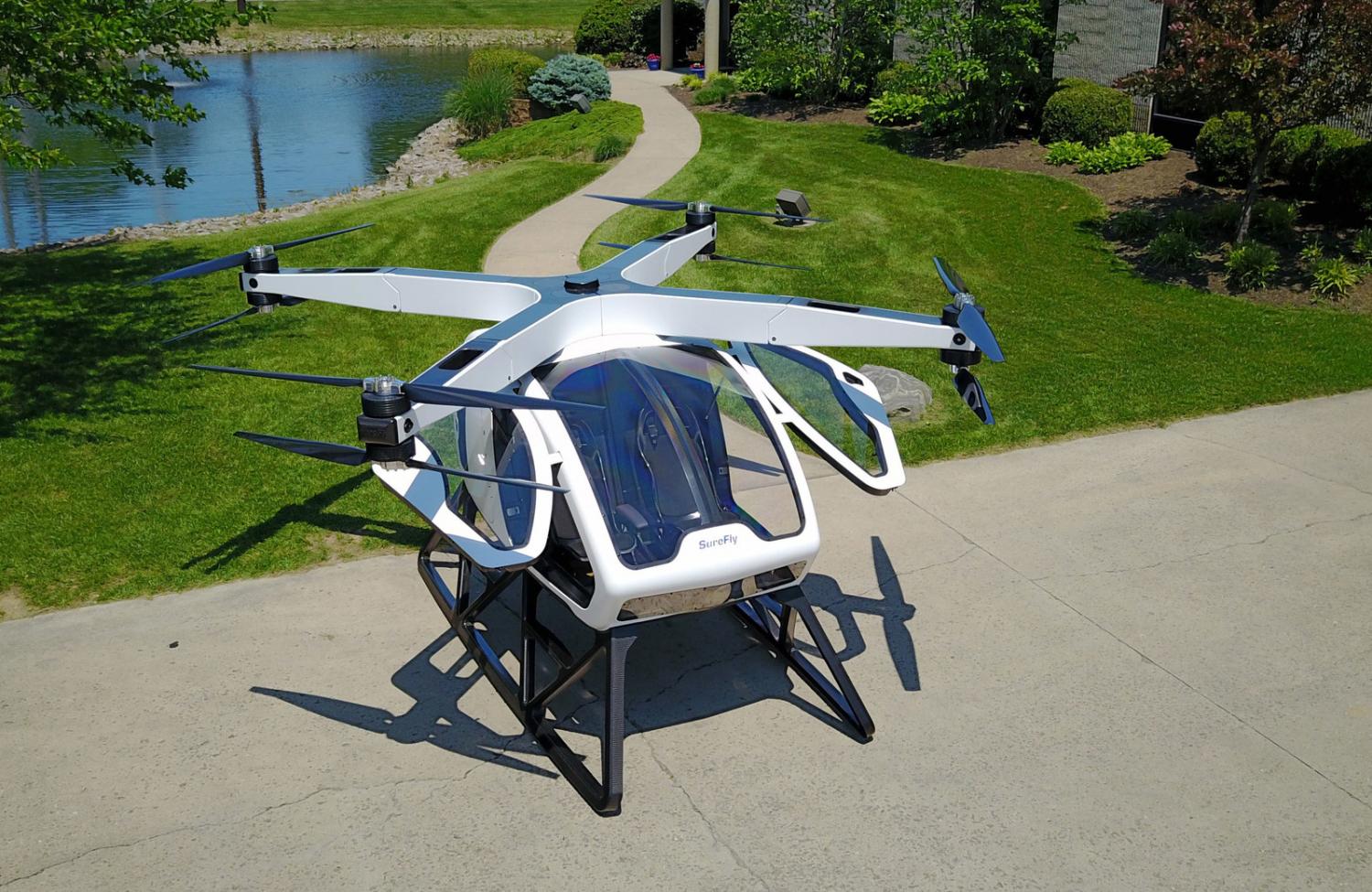