Many watched the Notre-Dame de Paris cathedral light up in flames on Monday, but there has been no hesitation in rectifying this tragedy. Now, French Prime Minister Edouard Philippe has announced plans to launch an international architecture competition to replace the spire, according to New Atlas.

Although the Notre-Dame de Paris is approximately 850 years old, the spire that was destroyed in the fire was relatively new, as it was installed during a 19th Century restoration. And they seem to want a similar, modern adaption to take its place.

According to BBC, Phillippe says they want “a new spire that is adapted to the techniques and the challenges of our era.”

Experts warn that the reconstruction could take decades, but President Emmanuel Macron vows the work will be finished within five years and says the rebuild will be even more beautiful.

Thus far, the fire has raised $902M, and Phillippe promises that “every euro paid for the construction of Notre-Dame will serve this purpose and nothing else,” while also indicating a tax reduction for those who donated toward the reconstruction. 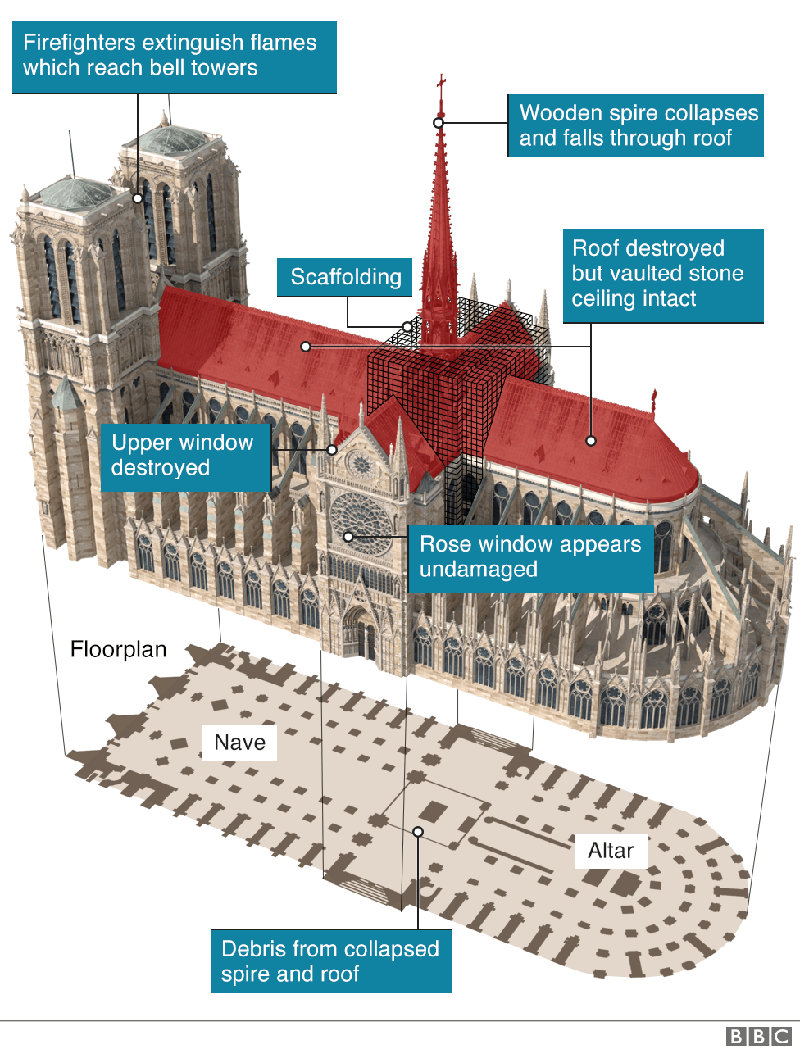