According to the International Federation of Robotics, the number of industrial robots being supplied by 2020 will be around 521,000, marking an increase on 2016 of 71 percent. Of those supplied in 2016, the five countries that making the most robots accounted for 74 percent of the 294,000 total. Well ahead at least in terms of numbers was China, with 87 thousand units supplied. 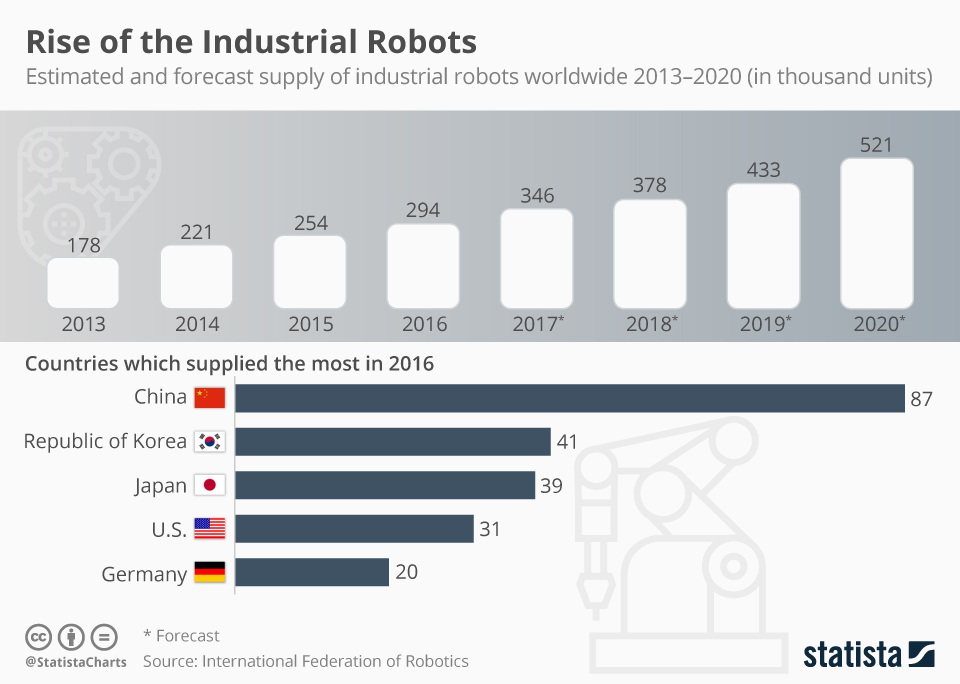