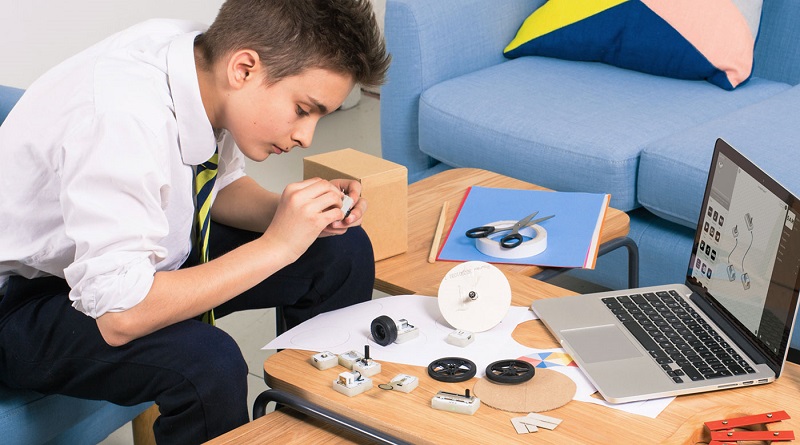 As well as making the STEM kits available at the London science museum and on their own website, the funding will also allow SAM Labs to distribute the kits to schools in other places around the world.

SAM Labs makes modular programming platforms for beginners. Each module can be snapped on to others, enabling a variety of experiments and toys to be built with one kit and its associated app. Blocks including DC motors and buttons form the core of each project, and components like LED lights, and light, heat, and tilt sensors, Bluetooth capability, and servomotors can be added. “Smart” IoT inventions can be built using the sensors or additional add-on modules such as a remote controlled camera.

SAM Labs doesn’t directly advertise to schools, but the funding they’ve recently received will be used to get them in touch with more schools. They’ll be competing against other, similar kits to be the best hands-on way for kids to learn programming and the basics of robotics and the IoT.

The company started in 2014 as a Kickstarter campaign, during which it netted about 800 customers. SAM Labs now has their own site, including a community creations page where makers can share ideas and get inspired.