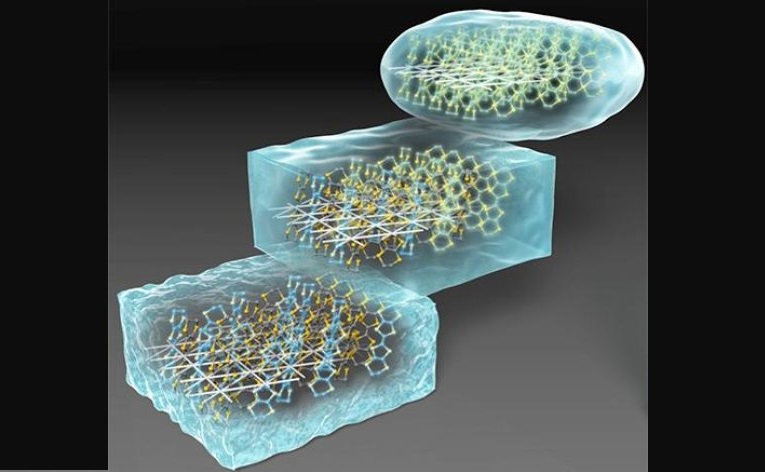 Researchers at Tohoku University have gained new insight into the electronic processes that guide the transformation of liquids into a solid crystalline or glassy state.

The ability of some liquids to transition into glass has been exploited since ancient times. But many fundamental aspects of this transition phase are far from understood. Better understanding could spur the development of new products, such as DVDs or blue ray discs that store data by altering their state of matter from one to another, and of new glass materials.

A multi-institutional Japanese team, led by Kenichiro Hashimoto of Tohoku University’s Institute for Materials Research, compared the molecular dynamics of glass formation in conventional liquids, such as glucose, to an organic metal material containing ‘frustrated’ electrons. These electrons, responsible for conducting electrical currents, are unable to reach their lowest energy state due to the way they are geometrically arranged on the material’s crystal lattice.

Slow cooling of conventional glass-forming liquids causes their atoms to organize themselves into regular arrangements, producing a crystallized material. When the researchers slowly cooled the organic metal they were testing, its frustrated electrons similarly organized into a regular pattern and crystallized. However, when the material was cooled more quickly, crystallization was avoided and the material’s frustrated electrons re-organized, turning into glass in a similar manner to conventional glass-forming liquids.

The results highlight the universal nature of the liquid-to-glass transition phase.

The researchers believe their organic metal provides a convenient test platform for studying the fundamental properties of the liquid-to-glass transition.