Expedition 45 Flight Engineer Kjell Lindgren of NASA is among three crew members who returned to Earth Friday after a 141-day mission aboard the International Space Station, landing in Kazakhstan at approximately 8:12 a.m. EST (7:12 p.m. Kazakhstan time).

The crew touched down northeast of the remote town of Dzhezkazgan in Kazakhstan, marking the first crew landing to occur after sunset and only the sixth nighttime Soyuz spacecraft return from the space station.

With the end of this mission, Kononenko now has spent 533 days in space, and Lindgren and Yui, both on their first flight, have spent 141 days in space.

While on station, the crew members participated in Earth observations and conducted research in the areas of physical, biological and molecular science to advance knowledge and demonstrate new technologies.

Such investigations enable research breakthroughs and drive technology innovations that provide benefits on Earth, and will enable long-duration human and robotic exploration missions into deep space. 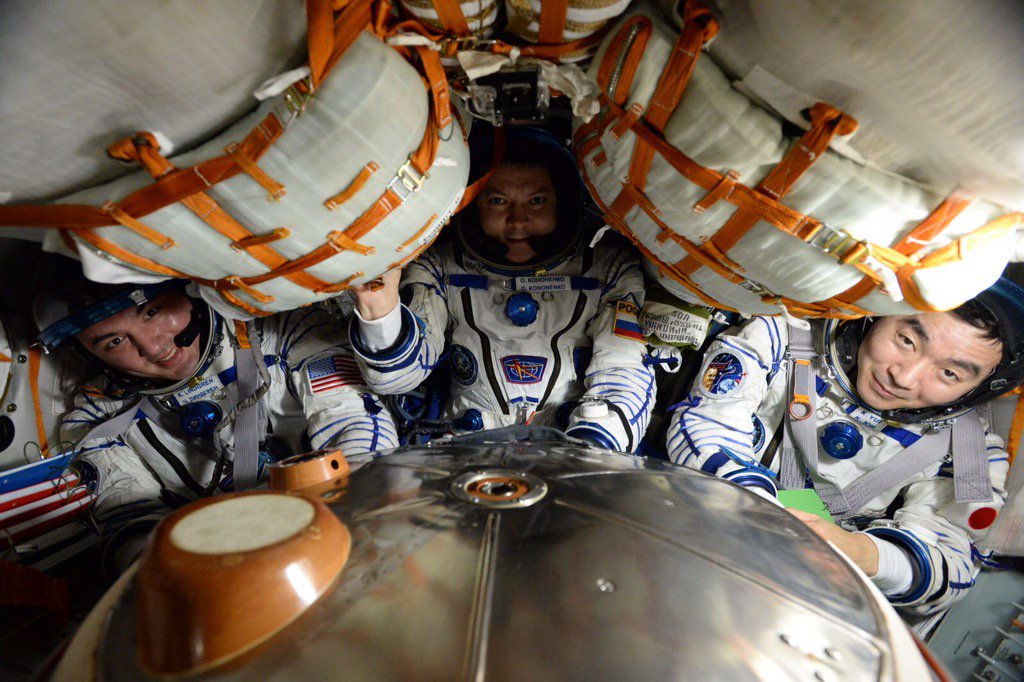 Expedition 45 crew members Kjell Lindgren of NASA, Oleg Kononenko of the Russian Federal Space Agency and Kimiya Yui of the Japan Aerospace Exploration Agency settle into the Soyuz TMA-17M spacecraft that carried them safely back to Earth on Dec. 11, 2015 after their 141-day mission aboard the International Space Station. Image credit: NASA

The space station is a test bed to demonstrate new technologies, and Lindgren and Yui took part in the Veggie plant growth experiment that yielded fresh lettuce for crew consumption in August. NASA is maturing Veggie technology aboard the space station to provide future pioneers with a sustainable food supplement — a critical part of NASA’s journey to Mars.

As NASA moves toward long-duration exploration missions farther into the solar system, Veggie will be a resource for crew food growth and consumption.

The system also could be used by astronauts for recreational gardening activities during deep space missions and may have implications for improving growth and biomass production on Earth, benefiting the average citizen. 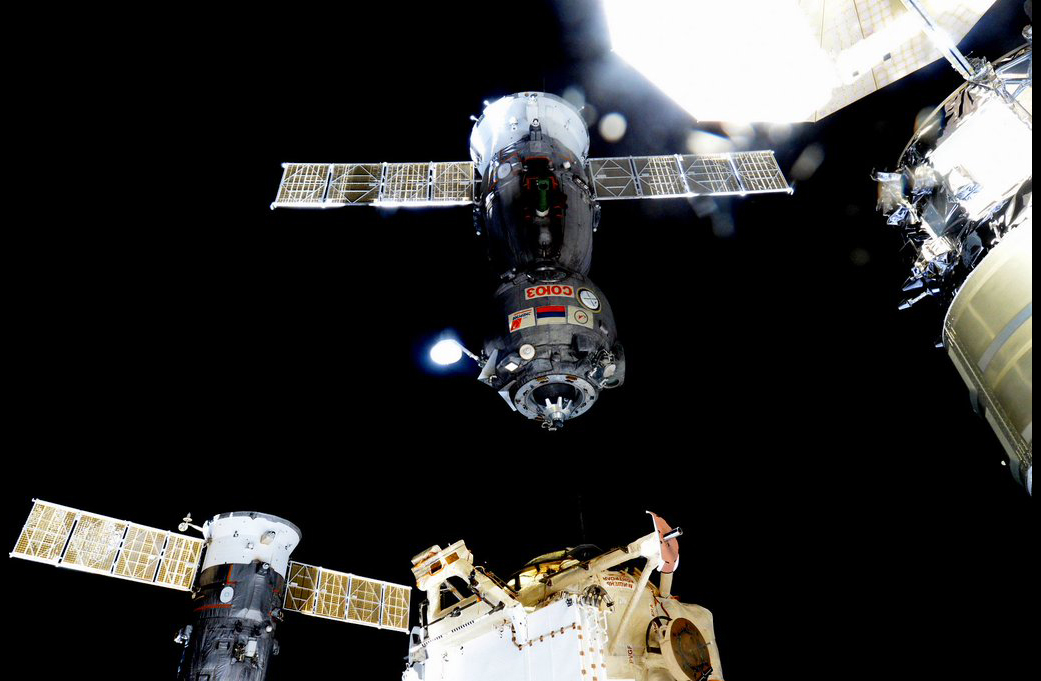 Expedition 46 Commander Scott Kelly of NASA captured this image, from aboard the International Space Station, of the Dec. 11 undocking and departure of the Soyuz TMA-17M carrying home Expedition 45 crew members Kjell Lindgren of NASA, Oleg Kononenko of the Russian Federal Space Agency and Kimiya Yui of the Japan Aerospace Exploration Agency after their 141-day mission on the orbital laboratory. Image credit: NASA/Scott Kelly

On Dec. 9, Lindgren led the grapple of Orbital ATK’s Cygnus spacecraft to the station, the U.S. company’s fourth commercial resupply mission for NASA.

During his time on the orbiting complex, Lindgren ventured outside the confines of the space station for two planned spacewalks. The first included a variety of station upgrade and maintenance tasks, including routing cables to prepare for new docking ports for U.S. commercial crew spacecraft. The second spacewalk resulted in the successful reconfiguration of a space station ammonia cooling system. 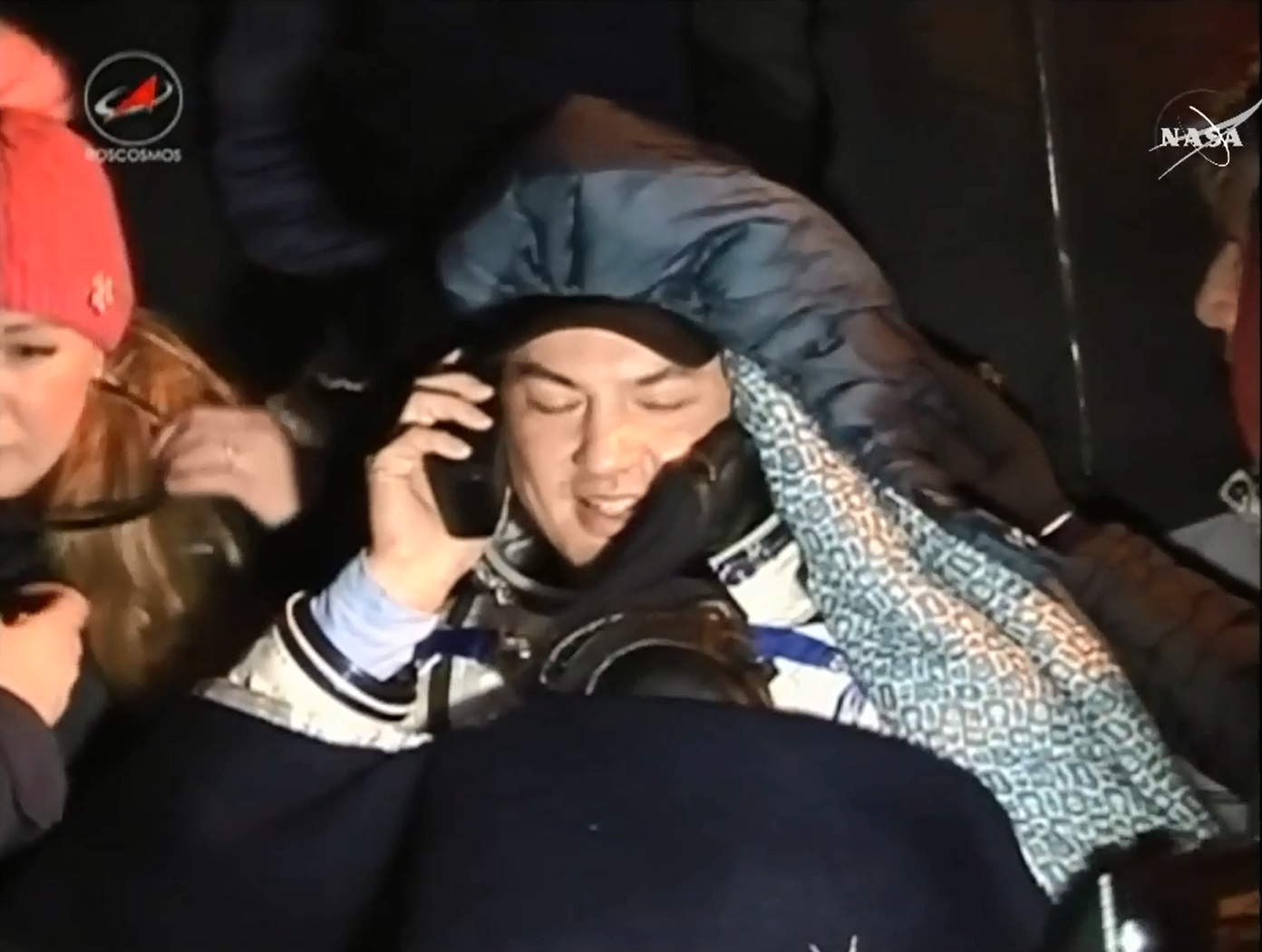 Expedition 46 continues operating the station, with Kelly in command. Along with Kornienko and Sergey Volkov of Roscosmos, the three-person crew will operate the station for four days until the arrival of three new crew members.