In the photo, two autonomous RMAX helicopters are carrying a single 20 pound payload through a set of hover and low-speed maneuvers.

Planned testing for the remainder of the month includes forward-flight maneuvering in different formations using a mix of trajectory planning and feedback mechanisms for load cable tension balancing. The two RMAX helicopters are an autonomous flight resource developed in-house by ADD and have been used for numerous flight experiments since 2002. 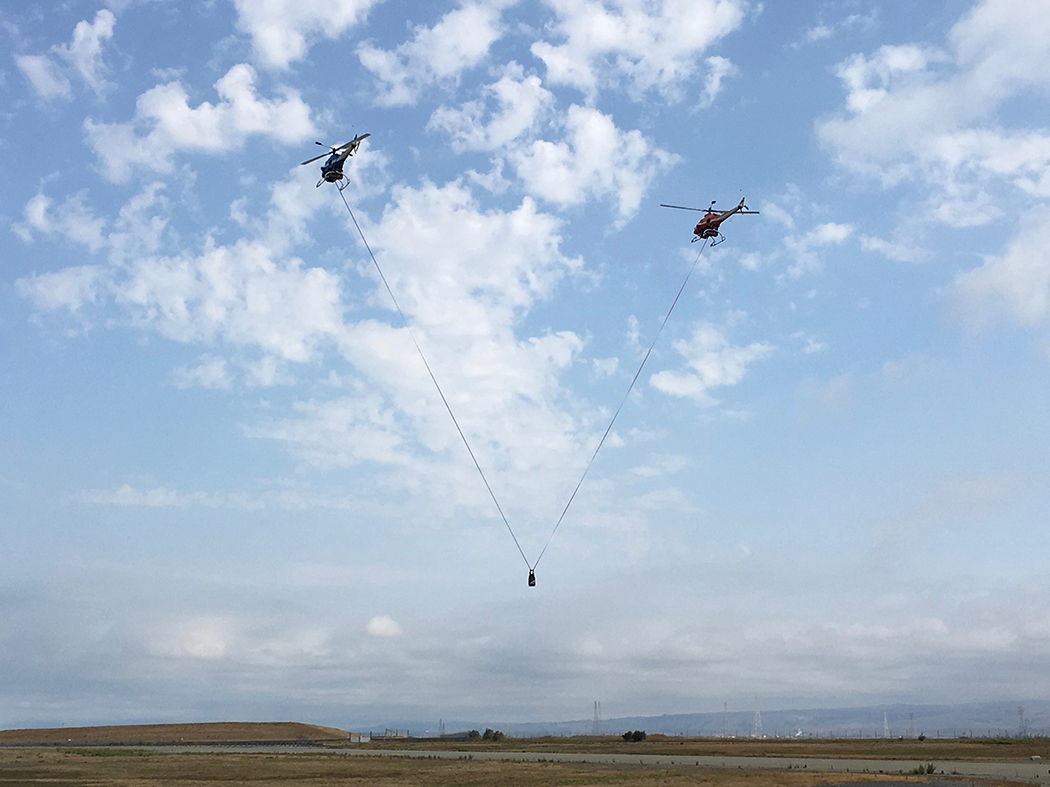