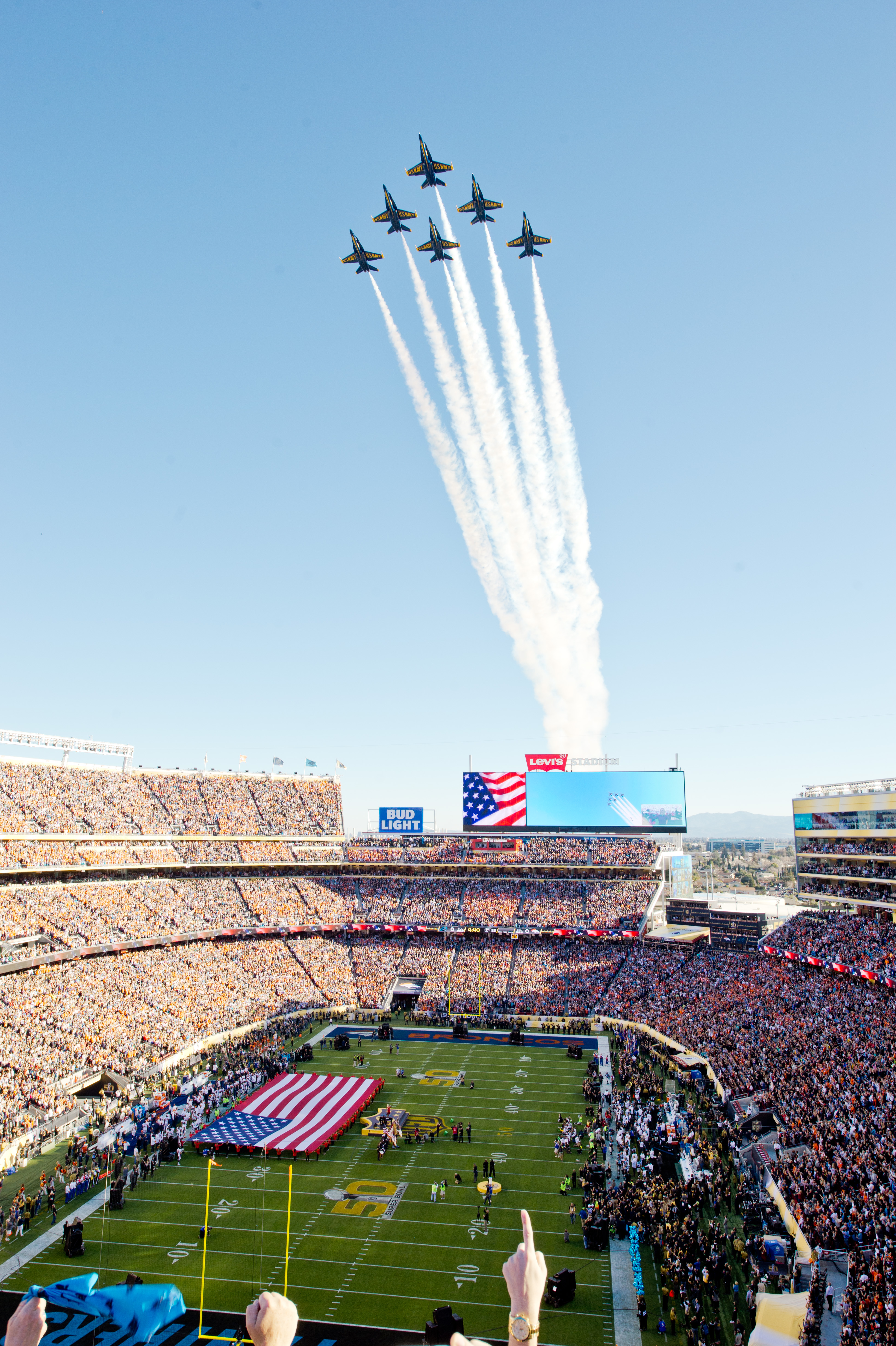 The Blue Angels’ signature six-jet Delta Formation soared over more than 70,000 spectators at the stadium, following the national anthem.

“It doesn’t get more exciting than representing the Navy and Marine Corps while flying over the world’s premier sporting event,” said Blue Angels Slot Pilot Lt. Ryan Chamberlain. “Navy and marines serving all around the world should be proud of their efforts which make opportunities like this possible.”

Flight Leader and Commanding Officer Cmdr. Ryan Bernacchi, a native of Los Altos, California, was proud to fly over his hometown.

“Being able to come back to the area you grew up in and being able to represent the Navy is always special, but being a part of this great American tradition makes this privilege that much more incredible,” said Bernacchi.

The Blue Angels are currently training in California for the 2016 air show season and are scheduled to fly 65 demonstrations at 33 locations throughout North America in 2016, which is the Blue Angels’ 70th anniversary year.

The mission of the Blue Angels is to showcase the pride and professionalism of the United States Navy and Marine Corps by inspiring a culture of excellence and service to country through flight demonstrations and community outreach.

Visit the Blue Angels website at www.blueangels.navy.mil for more information and to view the 2016 air show season schedule.