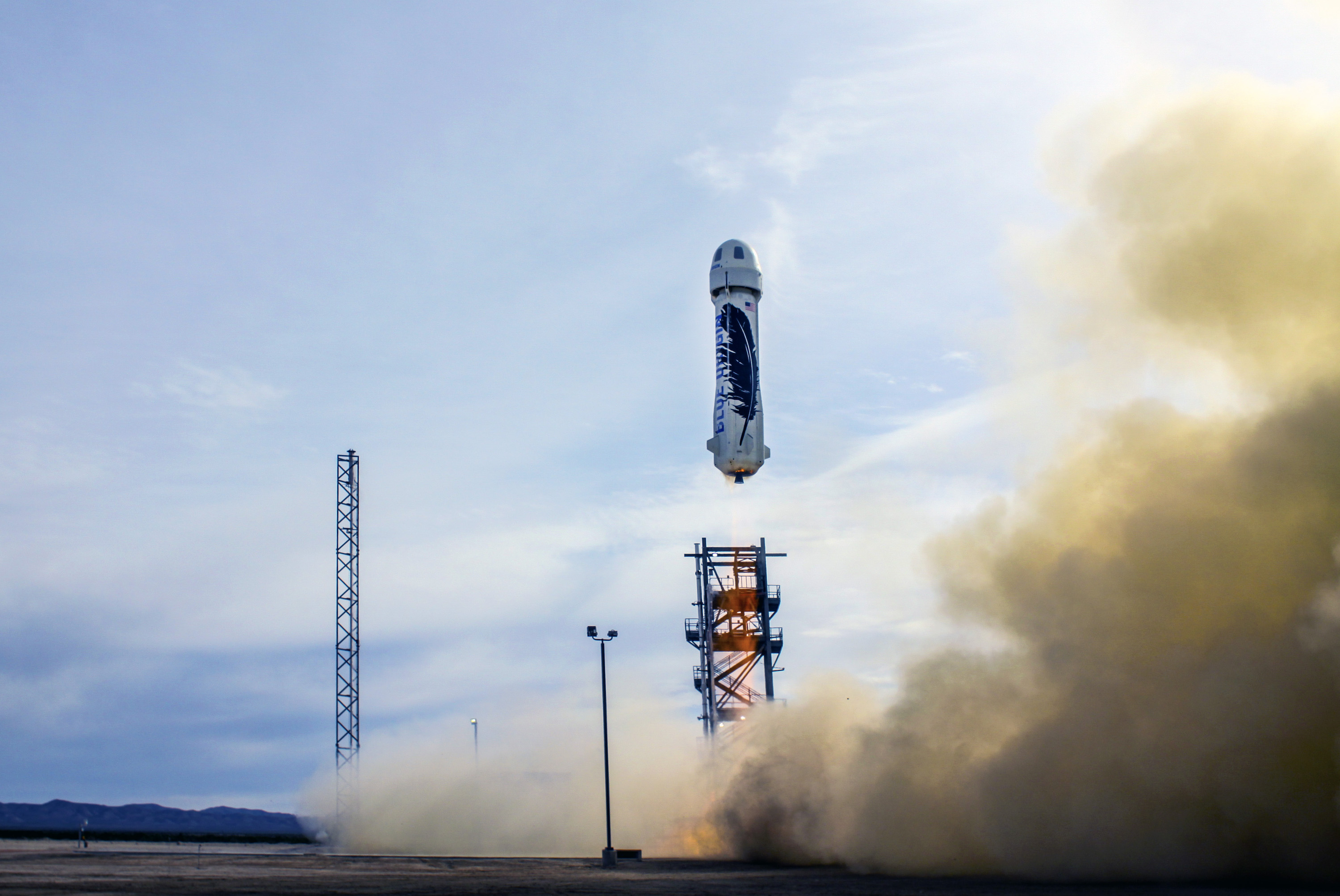 The New Shepard, seen here taking off with its capsule in place, returned to its launch site in a vertical landing after reaching an altitude of 100 kilometers. (Credit: Blue Origin)

Private spaceflight company Blue Origin announced that it has successfully landed its BE-3 New Shepard rocket in Texas after having launched it into sub-orbital space. This may be a milestone in the development of reusable rockets, as the rocket successfully landed (and remained fully intact) post-launch.

Blue Origin used a technique known as propulsive landing: upon falling back to Earth, the rocket’s engines are reignited to control the descent, slowing the craft down and keeping it upright so that it can make a vertical landing.

The “historic” accomplishment also means that Blue Origin has beaten SpaceX to the punch: in the past year, the Elon Musk-owned space company has been attempting to soft-land its Falcon 9 rocket, designed to deliver payloads into lower Earth orbit.

So no hard feelings, right?

Elon Musk congratulated Blue Origin founder (and Amazon billionaire) Jeff Bezos. Though it should be noted (as Musk is quick to point out), SpaceX is attempting something slightly more sophisticated in nature: the company’s larger Falcon 9 needs to be propelled to an orbital (not sub-orbital) altitude, requiring speeds of Mach 10, compared to Mach 3.7. The company is also looking to land its spacecraft on an autonomous drone spaceport in the ocean. 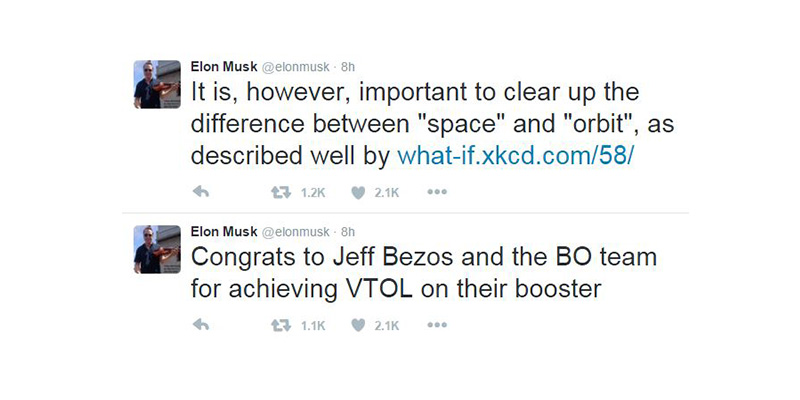 Still, the significance of Blue Origin’s accomplishment should not be overlooked. Right now, rockets are either destroyed or abandoned after takeoff, which significantly raises the cost of launches since a rocket must be built for each subsequent venture.

You can watch the full video below: