In an era of $600 billion yearly budgets, $1 trillion individual programs (the F-35 fighter), and even $10,000 replacement covers for latrines, the phrases “military spending” and “saving money” aren’t exactly natural bedfellows. An overwhelming reliance on products designed from the ground up to military specifications is one of the reasons. 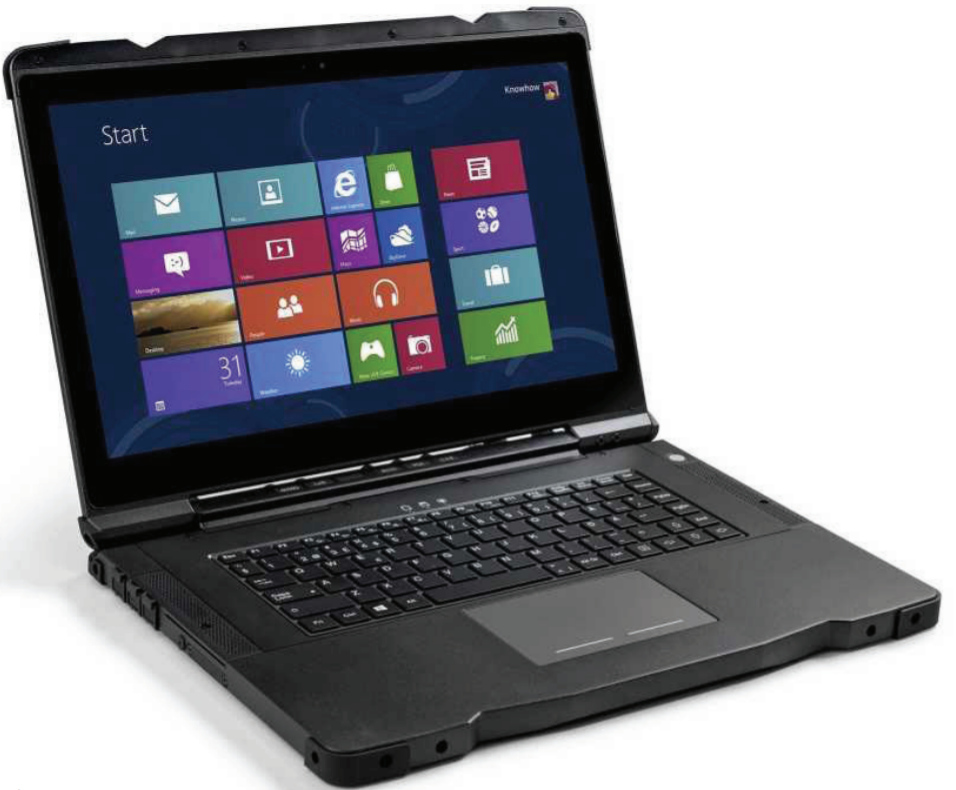 In an era of $600 billion yearly budgets, $1 trillion individual programs (the F-35 fighter), and even $10,000 replacement covers for latrines, the phrases “military spending” and “saving money” aren’t exactly natural bedfellows. An overwhelming reliance on products designed from the ground up to military specifications is one of the reasons.

Government-sponsored research and development programs tend to be costly and time-consuming; in many cases products are available in the commercial market years before their military equivalents. The use of commercial off-the-shelf (COTS) equipment allows the military to benefit from the technological advances, cost savings, and short development cycles driven by competition in the commercial market. As Figure 1 illustrates, some COTS-based products would fit right into a contemporary office.

Aesthetics aside, numerous reasons are driving governments and military buyers around the world to choose COTS over pure military-specification equipment:

But there are challenges, too. Unlike commercial products, many military platforms are expected to last for decades. The B-52 Stratofortress, for example, first flew in 1952; following the latest 2015 refit, it’s expected to serve into the 2050s. Admittedly, that’s an extreme example, but the average age of USAF aircraft is around 28 years, compared to the 12 years of the North American commercial airliner fleet. Commercial electronic modules and components, of course, have a much shorter life: the average life of a tablet is around 5 years, and Intel has about 27 generations of microprocessors between the 4004 in 1971 and 2018.

The long development cycles and exhaustive testing and evaluation procedures of military products create obsolescence issues for electronic-system designers as they try to integrate commercial devices into military air, ground, and sea platforms.

Not surprisingly, COTS products tend to be a couple of generations behind the bleeding edge. The newest single-board computer (SPB) from Curtiss-Wright Defense Solutions, a leading supplier of rugged COTS modules and subsystems, features Intel’s 5th Gen “Broadwell” quad-core processor, a 2014 device.

COTS Technology–Used by Both Sides?

One additional concern with widespread deployment of COTS technology is that the focus among war planners has shifted away from small-scale asymmetrical conflicts with insurgents, terrorists, and other non-state actors. Instead, the consensus is that the next war most likely will be against an adversary whose technological capabilities, tactics, and strategies are at least on a par with the U.S., a so-called “near-peer” conflict. Pick your favorite opponent from today’s headlines: Russia, China, India, even a nuclear-capable Iran or North Korea. Such adversaries are quite likely to also have access to state-of-the-art commercial products, blunting any U.S. hardware advantage and moving the struggle for dominance to the software domain.

Despite the drawbacks, each branch of the U.S. military has embraced COTS technology. Each service operates advanced development programs to adopt and adapt COTS into future systems. The military is also cooperating with the defense industry on open standards such as:

Requirements, such as these, are starting to be included in requests for proposals (RFPs) for integrated systems. According to industry experts, though, the different branches of the U.S. Armed Forces don’t necessarily have the same expectations from COTS products. The Navy and Coast Guard can rely on less-rugged equipment for many seaborne applications; the Army and Marines fall in the middle of the range; and the Air Force (and Naval Aviation) require the most robust equipment for flight operations.

In the quest for the best blend between customized performance and low cost, there is a middle ground: Modified COTS products start with a standard COTS product design—the schematic, PCB artwork, and OS, for example—and then change them as needed to accommodate any additional military requirements. The result is a tailored solution that reduces risk and speeds the design cycle.

COTS Applies to Software, Too

COTS software has many of the same advantages and challenges as COTS hardware. The commercial product changes quickly, especially if it’s based around an open-source platform such as Linux. When open-source software first made its appearance in military applications, there were concerns about its security, but these have largely been assuaged with such developments as Security-enhanced Linux (SELinux), developed with input from the National Security Agency (NSA), IBM, and others.

Issues remain, though, with the security of distributed systems. A massive network of low-cost nodes is a key characteristic of both the commercial Internet of Things (IoT) and the modern battlefield. COTS products allow the configuration of low-cost and flexible distributed systems, but in the military system such components are inherently less secure than the single-purpose custom devices they are replacing. The increase in COTS deployment creates security risks and increases system vulnerability.

Recognizing this, the Defense Advanced Research Projects Agency (DARPA) has launched its Configuration Security (ConSec) program; the goal is to develop a system that automatically generates, deploys, and manages inherently more secure configurations of components and subsystems for use in military platforms.

How Successful Is COTS?

There is a raft of guidance documents, memorandums, and regulations governing the use of COTS in military applications. Overall savings are hard to come by without combing through voluminous reports, but many small examples can be found online, such as a COTS equipment-rack mount that cost $30 (versus $260 for the original) that saved the Army $940,000.

In another small victory, the days of the $10,000 latrine cover have come to an end. The high cost was because the original supplier was out of business, forcing a custom solution. But thanks to a commercial solution—3D-printing—the Air Force has managed to slash the cost to a mere $300. It may be a drop in the bucket, as they say, but as a taxpayer it warms my heart. Happy Holidays!