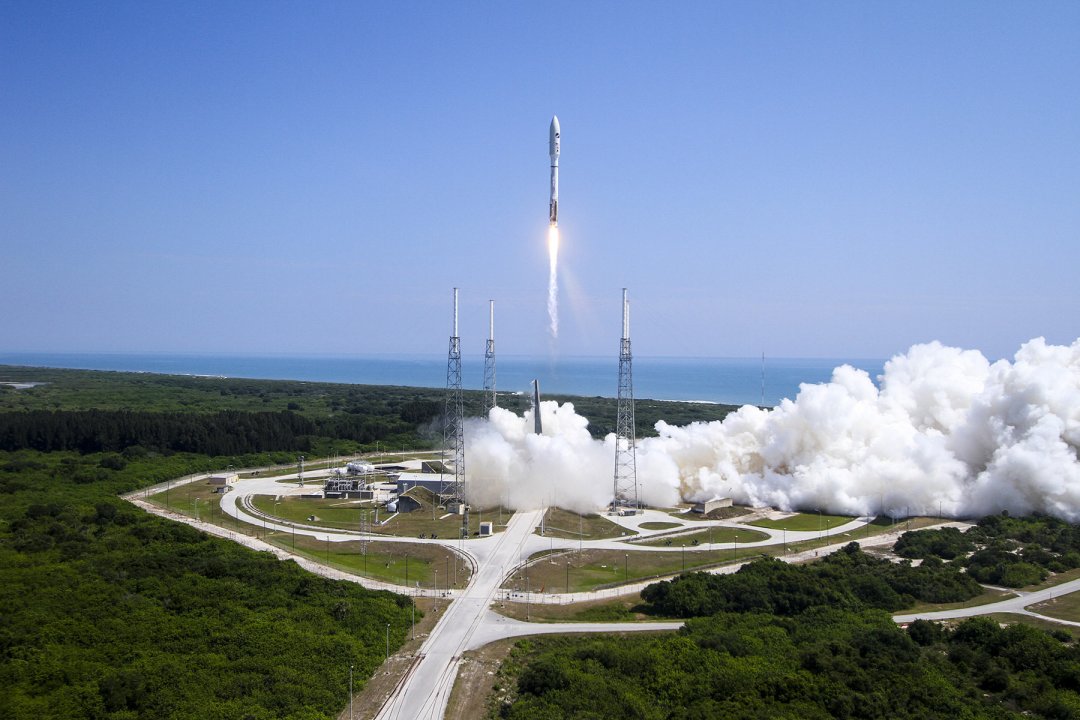 The launch occurred on time at 11:11 a.m. The rocket and spacecraft hit all the expected milestones during the flight’s initial stages. At 11:33 a.m., NASA confirmed Cygnus had successfully separated from the rocket and was flying solo.

“The Cygnus module is expected to arrive at the International Space Station early Saturday morning, about 6:05 a.m. as the laboratory flies over southern France,” NASA officials wrote in a blog update. “The crew will use the complex’s robotic arm to grab Cygnus and attach it to the station.”

Cygnus is carrying 7,626 pounds of resupply materials and science experiments. It’s the largest cargo load every carried by a Cygnus module. Resupply materials include food, spare space station parts and hardware for upgrades.

Among the scientific materials is the Biomolecule Sequencer, a space-based DNA sequencer that could be used to monitor astronaut health, identify microbes and more. Also aboard Cygnus is the Genes in Space II experiment, designed to study the effects of space on telomeres, protective caps which protect the tips human chromosomes.

After the cargo is unloaded and Cygnus is packed full of trash, the module will be released for its descent back to Earth. During reentry, another experiment will begin — the third Spacecraft Fire Experiment. Safire III is designed to study how fire burns in microgravity. The experiment will help scientists understand space-based flammability and test sensors designed to detect gases.

Coverage of the Cygnus launch will continue on NASA TV today, which viewers can stream online at NASA Live. At 12:40 p.m., coverage of the Orbital ATK Cygnus solar array deployment will begin, followed by a post-launch press conference with mission managers at 2 p.m.