“We are focused like a rifle, not a shotgun,” says Bruce Bradshaw, chief marketing officer of the Arcam Group, which manufactures industrial 3D printers, metal powders, and advanced orthopedic implants. “Arcam’s focus on the surgical implant and aerospace markets ensures we don’t get distracted by hype related to 3D printing metal.”

From the company’s U.S. offices in Woburn, Massachusetts, Bradshaw explains how Arcam’s technology works, how its clients are using the technology, and how the future of 3D printing metals might look. 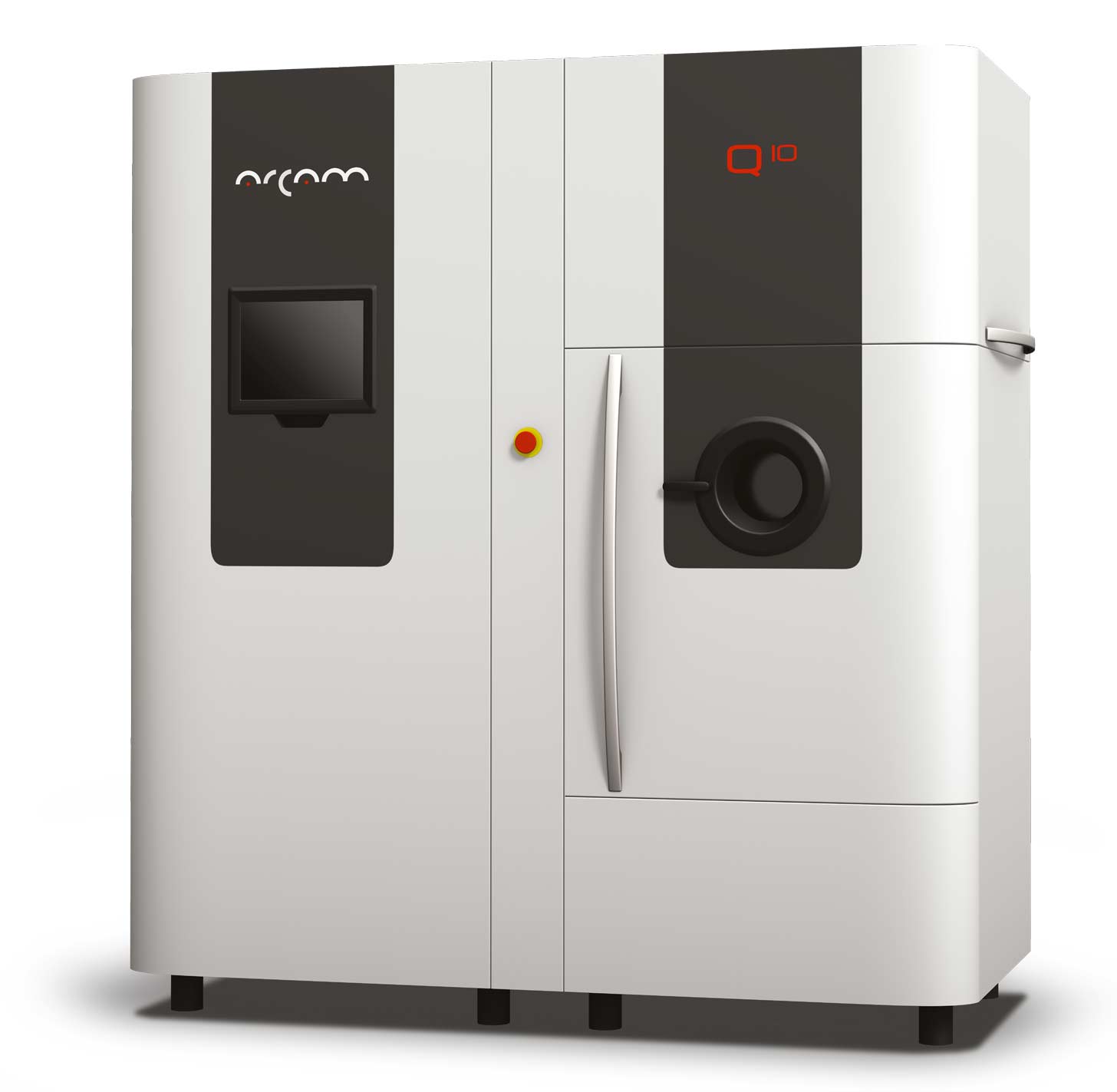 Electron beam melting (EBM) is Arcam’s proprietary additive manufacturing, or 3D printing, technology. It’s a form of additive metal manufacturing that uses a high-power electron gun—commanding up to 3,000 watts—to heat powdered metal and, layer by layer, print parts from that metal. Arcam’s EBM systems include the Q10plus, Q20plus, and A2X. EBM platforms are different from other metal-printing systems that use lasers and argon gas to melt metal.

“When a laser melts powder, it’s melting only on the surface layer,” Bradshaw says. “But because of EBM’s heated build chamber and much higher energy, we’re melting many layers down. This process results in components with no residual stresses. We’re 99 percent that of a casted part; laser is somewhere around 90 percent.”

Another disadvantage of laser-sintering systems, Bradshaw says, is that they require every part to touch the build envelope with supports that hold the part in place. But with EBM, Arcam can stack and nest parts, increasing productivity and output.

For example, when manufacturing joint replacements, EBM can produce 100 cups in 85 hours due to stacking—which is nearly five times faster than laser-based systems, according to Bradshaw.

EBM is often criticized because it has a cooldown time due to the heated chamber, but Arcam points to the ability to stack and nest parts, coupled with increased part integrity, as the advantage over laser technologies for production applications. 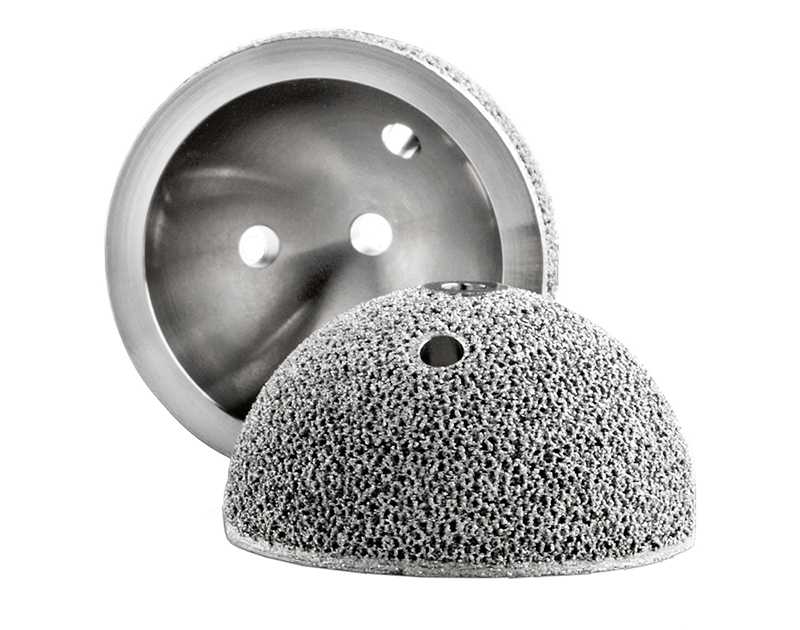 Arcam currently has an installed base of 150 EBM machines worldwide: 40 percent in Europe, 35 percent in the U.S., and the rest in the Asia-Pacific market (a rapidly growing market for surgical implants, according to Bradshaw). Putting this into context, Wohlers Associates Senior Consultant Tim Caffrey explains, “Our research for Wohlers Report 2016 revealed that an estimated 808 metal additive-manufacturing systems were sold, up from an estimated 550 in 2014.”

This base may seem low, but it’s only the beginning when considering that much of what’s manufactured with EBM systems requires validation by regulatory bodies such as the U.S. Federal Drug Administration (FDA) and Federal Aviation Administration (FAA). “Once someone starts to build for production, doing medical-implant production or a part for FAA approval, the part is validated on a particular system,” Bradshaw says. “To change that is painful for the customer: They have to go back through the FDA or FAA process.”

Arcam’s clients are now performing such validation processes with the Q20plus, the company’s third-generation machine. Once validation is complete, orders for more machines are likely to follow. “Rolls Royce is a major customer that recently publicized a completed successful test flight of the largest 3D-printed part to ever fly on an aircraft,” Bradshaw says. 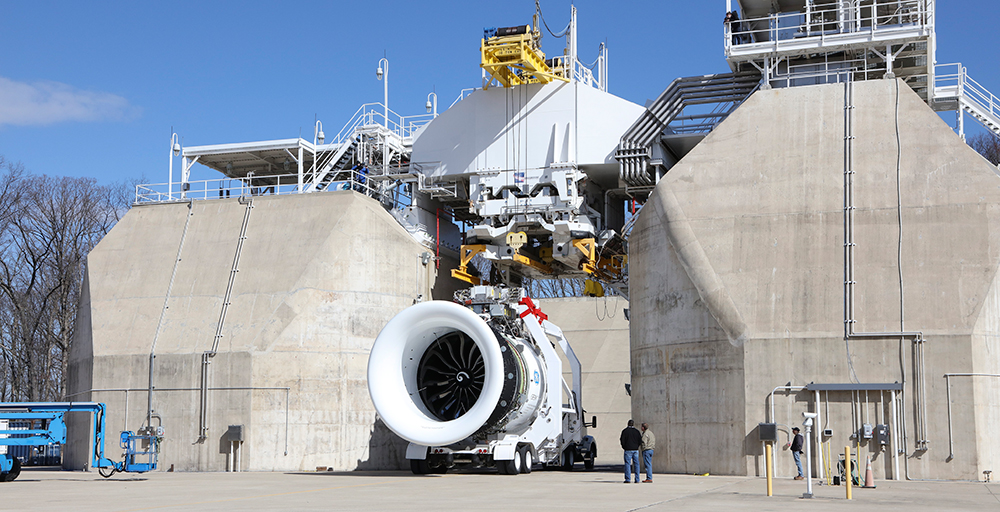 For FDA- or FAA-regulated industries, part-traceability and validation are critical. “Companies want to be able to look inside a part,” Bradshaw says. Arcam machines use a high-resolution camera combined with processing data to check components layer-by-layer in real time.

When clients ask Bradshaw if they should pick EBM or laser, his response is that they will probably want both, as there are different applications for which each technology has an edge. Caffrey agrees: “I think there is enough growth potential for nearly all of the current metal-powder-bed-fusion companies to succeed in the long run.” 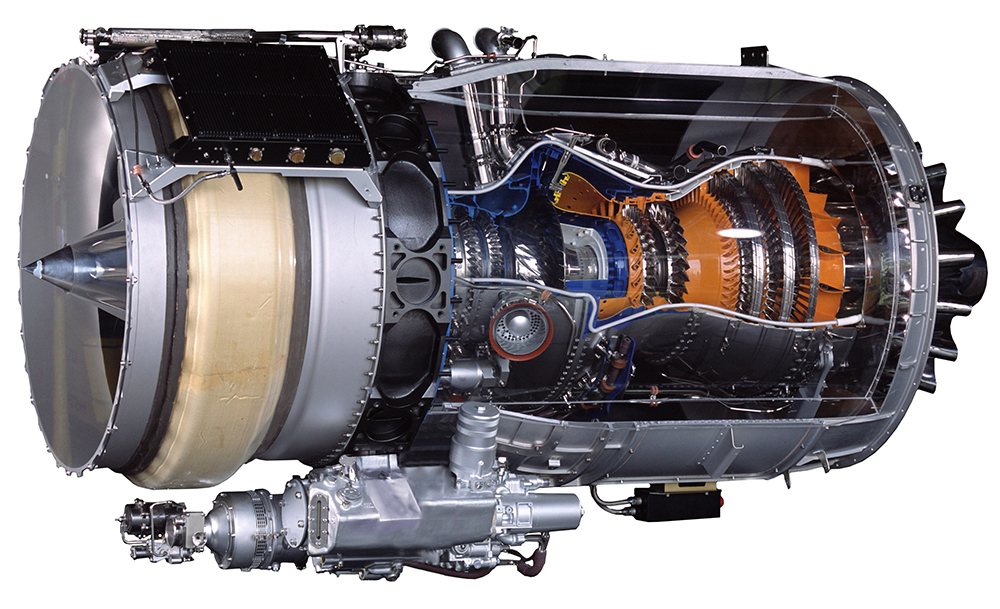 At first, this growth will be driven by the aerospace sector. Bradshaw estimates that production of the GE Aviation GE9X series engine’s turbine blades alone could require 60 to 100 additive manufacturing machines. “That’s one component,” Bradshaw

At first, this growth will be driven by the aerospace sector. Bradshaw estimates that production of the GE Aviation GE9X series engine’s turbine blades alone could require 60 to 100 additive manufacturing machines. “That’s one component,” Bradshaw says. “If you start to expand this across other components, how many machines are they going to require?”

Honeywell Aerospace uses Arcam’s A2X machine to work with the nickel-base super alloy Inconel 718, ideal for intense heat and pressure situations. Because the A2X operates above 1,000 degrees Celsius, Honeywell can produce and research parts for extreme temperature environments; the company used the EBM technology with the alloy to redesign a tube on the HTF7000 turbofan engine.

“This process holds the promise of reducing manufacturing costs by 50 percent and dramatically reducing production/delivery time,” says Honeywell Aerospace Engineering Fellow Donald Godfrey. “The cost savings are generated by combining eight different part numbers into a design defined with one part number. Delivery can be reduced from months to weeks. Overall, the results are a better-quality part, improved rolled-throughput yield, less inventory, faster production, and a lower cost to produce.” 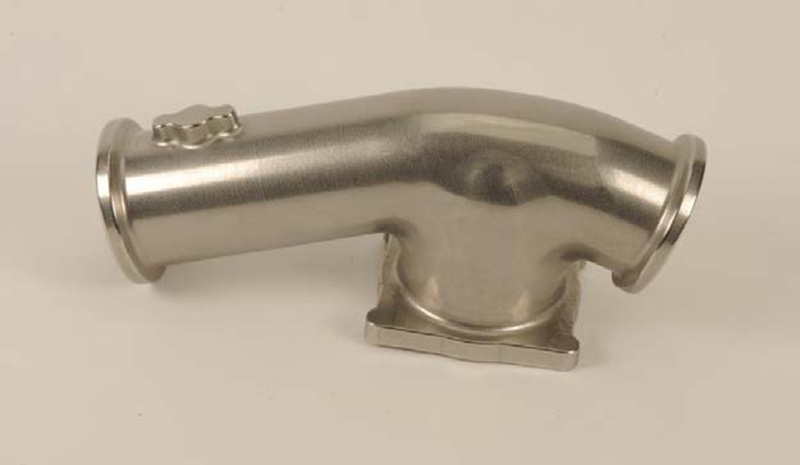 Bradshaw believes that for aerospace, the initial adoption driver is cost reduction using additive manufacturing to redo existing parts, as in the case of the Honeywell tube. In the medical-implant industry, the story is reversed: “They are designing for additive today,” he says.

Implant customers such as Exactech and Lima use Arcam’s Q10 series machine to improve performance of acetabular cups (for the lower-hipbone cavity the femur fits into). These titanium implants are designed for 3D and are thus more likely to be accepted by patients’ bodies. This is because printing enables porous areas, which facilitate bone growth, to be incorporated as part of the implant design and then fabricated. Previously, manufacturers had to spray a coating on a finished implant to encourage bone growth, but those coatings were prone to delamination. “Arcam estimates that 3 percent of all acetabular cups worldwide are currently produced using EBM technology,” Bradshaw says.

Looking to the future, Bradshaw identifies four trends in the metal-printing industry: increased use in production, more manufacturers designing for 3D, better understanding of materials, and integration with conventional manufacturing. 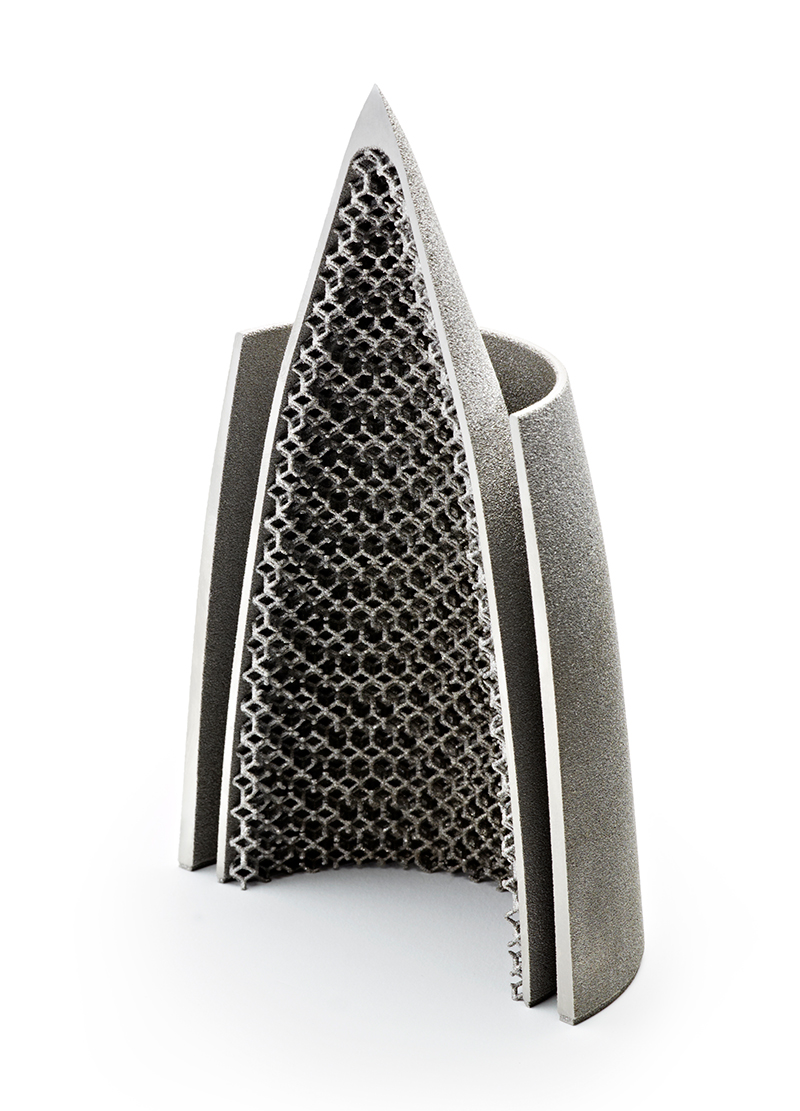 “As companies start to have hundreds or thousands of machines, we realize that the way additive manufacturing is done today will not be the same in the future,” Bradshaw says. The intersection of additive manufacturing, automation, and big data is known to some as Industry 4.0. Arcam uses the term “industrialization” and is working with customers to ensure these developments are part of the company’s future.

Challenges to industrialization include improving software and physical assets. From Arcam’s position, powder delivery to high-volume manufacturing facilities is likely to be an important piece of the puzzle. “We use primarily titanium, and safely moving powder and avoiding powder contamination will be issues that must be ferreted out before industrialization can proceed,” Bradshaw says.

“It’s not going to be an EOS, Concept Laser, or Arcam solution necessarily,” he continues. All the big system manufacturers face similar problems, and Bradshaw believes that solutions will come through collaboration with customers and even working with competitors. However it evolves, the future of electron beam melting, and additive metal manufacturing in general, contains many elements of promise.

This blog originally appeared on lineshapespace.com/electron-beam-melting.