In everyday life we look and touch things to find out what they are made of. A powerful scientific technique does the same using lasers – and in two years’ time it will fly in space for the first time.

A researcher working with ESA has been investigating how lasers might be used in future space missions.

“We fire a laser at a material of interest,” explains Melissa McHugh of Leicester University in the UK, “and measure how much its colour is changed as it scatters off the surface, to identify the molecules responsible.

“This is a well-established technique terrestrially – used in all kinds of fields from security to pharmacology to art history – either in labs or using hand-held devices.”

ESA’s ExoMars rover will carry the first such unit into space in 2020 to help search out potential biomarkers of past or present life on Mars, and mineral remnants of the planet’s warm, wet past.

“My research has been looking at how far we can extend the technique in future,” adds Melissa.

“ESA’s rover will fire its laser at crushed samples that have been taken inside but we can also use the technique at larger distances – it has already been done across hundreds of metres.”

NASA’s own 2020 Mars Rover will carry a similar instrument on an external mast for remote sensing of promising rock outcrops.

“There’s been a lot of work here on Earth to extend this technique,” says Melissa, “to help detect explosives, for instance, or nuclear materials.

“It requires a powerful pulsed laser, plus a sensitive synchronised camera to detect the reflected light – bearing in mind that only one in a million photons from the laser are scattered.”

Indian scientist Chandrasekhara Raman was awarded a Nobel Prize for discovering the effect, following his interest in understanding why the sea looks blue.

With the technology about to be proven in flight, mission planners are looking into follow-up applications for space, and Melissa’s research focuses on establishing what can and can’t be done.

“There’s a lot of excitement in taking this powerful technique and using it on other planets,” she comments, “but of course there are all kinds of mass, volume and data relay restrictions.

“Part of my work involves giving teams a reliable estimate of how well their device would perform in different configurations: what kind of laser, what type of samples, what manner of ambient light conditions?

“For instance, there’s some indication that rather than requiring sophisticated instruments for remote sensing, there are ways to optimise existing space-qualified CCD cameras to make them suitable.”

Melissa made several visits to ESA’s technical centre in Noordwijk, the Netherlands, to make use of its facilities. For example, she exposed instruments to radiation to assess how their performance would degrade in the harsh conditions of the Moon, Mars or deep space. 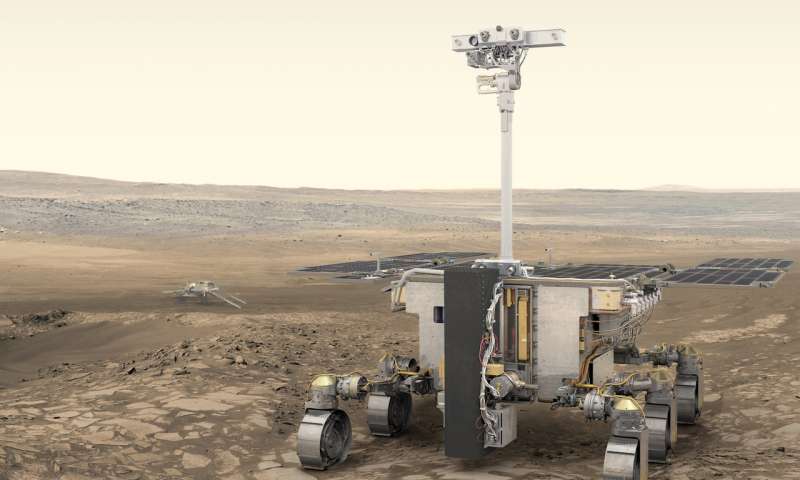