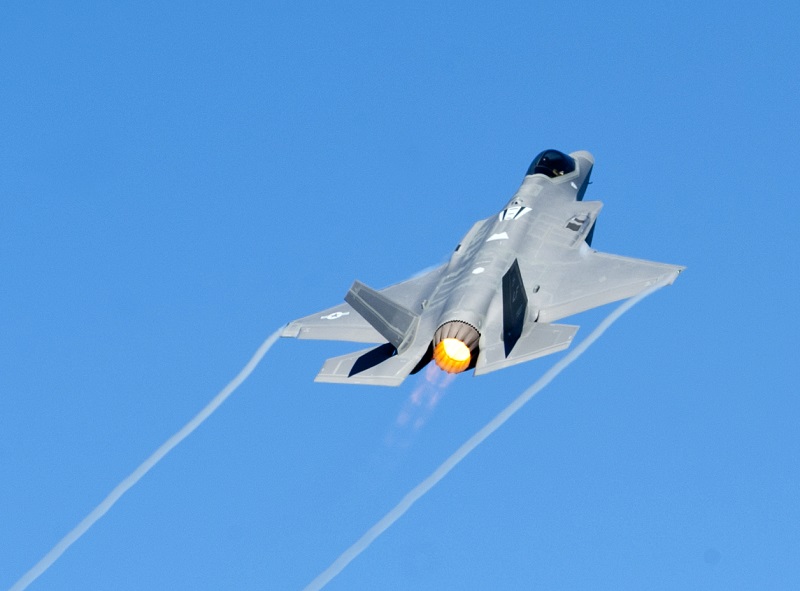 The F-35A Lightning II is on track to declare initial operational capability (IOC) between August and December.

IOC is the first step Air Combat Command will take in bringing the F-35 online as the latest fifth-generation multirole fighter. In IOC configuration, the aircraft will be able to penetrate areas with developed air defenses, provide close air support to ground troops and be readily deployable to conflict theaters.

Col. David Chace is the F-35 systems management office chief and lead for F-35 operational requirements at ACC. He leads a multi-discipline team of maintenance professionals, program managers, operators and engineers, not only with the responsibility for F-35 requirements, but also weapons systems fielding.

Below is a recent Q&A with Chace that outlines where ACC is in the IOC process.

What is the process for becoming IOC?

There are a number of criteria that must be met in terms of capabilities and performance to become IOC. The requirements, established in 2013, include 12-24 aircraft with trained and equipped Airmen for basic close air support, interdiction and limited (suppression of enemy air defenses/destruction of enemy air defenses) in a contested environment and operating from a deployed location. To support those operations we need the proper logistics and operational elements in place, including having the proper personnel, equipment and appropriate technical manuals.

Do you think you will reach IOC with just 12 F-35 aircraft?

The commander of Air Combat Command will make the IOC decision in direct consultation with the chief of staff of the Air Force. It is a capabilities-based decision, with input received from units assigned to operational testing and evaluation at Mountain Home AFB, Idaho, and Nellis AFB, Nevada, and Edwards AFB, California.

Where is the F-35 in the IOC timeline?

Since beginning this process over five years ago with the first F-35s on the ground, we are in the final stages of IOC. These steps focus on training and equipping our personnel. There are no known technical issues today that would prevent us from reaching IOC in our August-December timeframe. The F-35 recently deployed from Hill to Mountain Home where crews, maintenance and support personnel conducted a number of missions. During that deployment, crews attained a 100 percent sortie generation rate with 88 of 88 planned sorties and a 94 percent hit rate with 15 of 16 bombs on target.

These numbers provide a positive indication of where we are when it comes to stability and component performance.

Feedback from the events at Mountain Home will feed into the overall evaluation of F-35 capabilities. The second evaluation will take place in the operational test environment with F-35 mission sets the Air Force intends to execute after IOC. All reports will be delivered in July and feed into the overall F-35 capabilities report. The ultimate goal is to provide a needed capability to the warfighter to execute the mission. It is not calendar-based or event-based.

What has the feedback been from the field so far?

The feedback from unit operators in place today has been very positive for the F-35, not just concerning performance but the ability the aircraft has with other platforms. In particular at Hill, integration with the F-15E (Strike Eagle) has gone very well. We’ve also been demonstrating the ability to put bombs on target. All of that information will be provided to us in the formal IOC readiness assessments.

What are some of the key metrics you’re hoping to see out of the deployment to Mountain Home?

We’re looking for the ability to deliver combat power and the instruments that go into supporting that, such as aircraft stability and the capability to generate sorties. We’re also looking for feedback on the functionality of ALIS to support that sortie generation. (Editor’s note: ALIS is the Autonomic Logistics Interface System, which makes the F-35 a flying information hub, enabling pilots to plan ahead and manage entire battlespaces.)

What weapons capability will the F-35 have achieved at IOC?

The F-35, a fifth-generation aircraft, is a survival platform that can detect, track and engage targets in a contested environment. At the time we declare IOC we will focus on three mission sets that will concentration on the number and type of weapons the aircraft can carry. Those weapons include two GBU-31s and two GBU-12s (guided bomb units), or two (advanced medium-range air-to-air missiles).

Is this aircraft capable of deploying to Iraq or Syria to battle the Islamic State of Iraq and the Levant like the F-22 Raptor did?

After IOC, it will be available to support the needs of the combatant commanders.

How soon the F-35 will be deployed to overseas locations?

There are a number of events being considered for the F-35, to include training exercises and deployments. These events are being assessed and planned for through the needs of the combatant commanders.

After IOC is declared, what are the next steps for the F-35?

It’s a constantly evolving responsibility working hand-in-hand with our sister services and partners in development. We are actively engaged in the other activities taking place to field the F-35, such as system upgrades, such as Block 3F for full warfighter capability and future basing locations. Additional squadrons are planned for Hill as well as at Luke Air Force Base (in Arizona) with seven of the partner nations, Eielson AFB, Alaska, and locations in Europe and the Pacific. The entry of the F-35 into Air National Guard units will take place in Burlington, Vermont, and the first F-35 weapons school class at Nellis AFB is also being projected on the timeline. We also continue to evaluate the future threat environment and how the F-35 must adapt to remain survivable against those threats. Right now we’re looking at delivering the first increment of modernization to the F-35 in late 2020 or early 2021.