WINSTA® designer contains a symbol library designed specifically for WINSTA® components that simplifies electrical systems planning. When creating a link, for example, the required lines are automatically determined based on length and the connections — a fast, easy method for compiling a list of required items. Additionally, making subsequent changes to plans is also simple. Parts lists, cable schedules, cable length calculation and other reports can also be generated for planning evaluation. 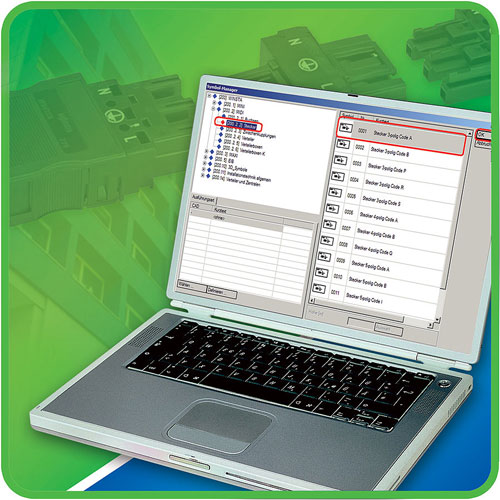 Two versions of the free WINSTA® designer are available. One is a plug-in for elcoCAD, providing designers with all the functions available in elcoCAD, as well as new functions for WINSTA® planning. This version requires AutoCAD LT (Version 2002 or higher) and elcoCAD. The other, a stand-alone version, may be used if elcoCAD is not available; this version only requires AutoCAD LT (Version 2002 or higher).