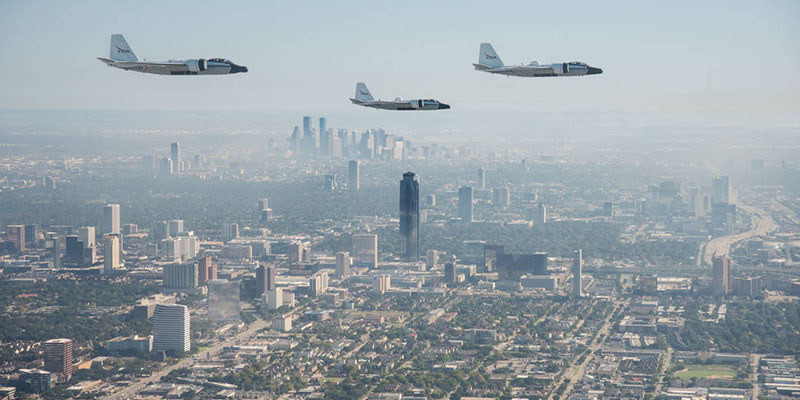 NASA’s three WB-57s fly over foggy downtown Houston, Texas during their historic formation flight over the area on Nov. 19, 2015.

This photo flight was the first time that all three WB-57s have been aloft simultaneously since the early 1970s, when the U.S. Air Force had an operational squadron of WB-57s.