NASA’s X-57 Maxwell will explore electric-powered flight. According to the agency, it will be “the first all-electric X-plane, and will be flown to validate and demonstrate the benefits that distributed electric propulsion may yield for the future of aviation.”

In the aircraft’s final configuration, it will have a whopping 14 electric motors and propellers on its wings. Twelve high-lift motors will be on the wing leading edges (six on each side), while each wing tip will feature a cruise motor. Packing all these motors will not only supply loads of power, but generate heat. And too much heat can wreak havoc throughout the design.

However, NASA’s Glenn Research Center engineers have devised a solution. Surrounding the motor electronics is a custom-made “skin,” referred to as a nacelle. You can spot the nacelle in the photo below (hint: it’s the aluminum section right behind the nose cone). 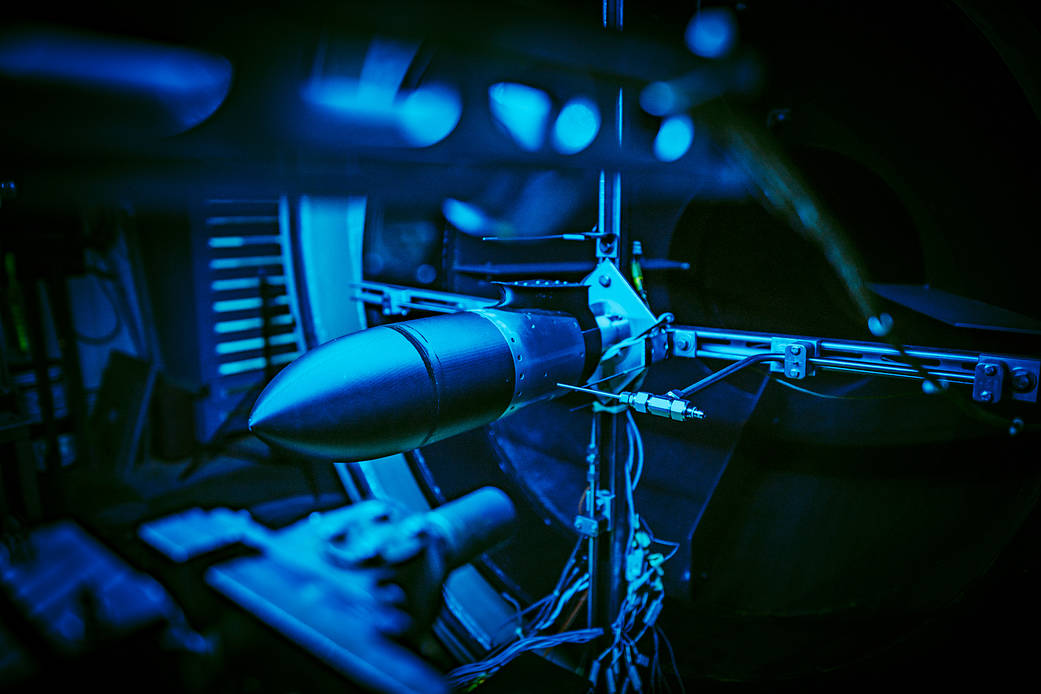 The nacelle helps the electronics keep their cool, without adding a detrimental design change to the aircraft. The team verified its effectiveness during a wind tunnel test, where simulated flight speed conditions were thrown at one of the X-57’s motors.

According to NASA, testing has wrapped up on the nacelle, and its specs will be sent to NASA’s Armstrong Flight Research Center engineers. There, work will push forward toward the aircraft’s maiden flight.