This morning, I barely even stepped through the office doors when I spied a handful of people already shuffling in with their “I Voted” stickers plastered proudly to the fronts of their coats.

Today, on this historic Election Day, throngs of people across the country will be exercising their Constitutional right to vote. Most of us will be congregating at local schools to pull the lever. For others, absentee ballots will be cast by mail.

But no matter where you are, chances are you won’t be able to say you voted 250 kilometers above the Earth’s surface.

On Monday, November 7th, NASA announced that astronaut Shane Kimbrough filed his ballot from the International Space Station (ISS), having arrived at the orbiting lab last month for a four-month mission.

Astronauts are “pretty much apolitical,” he told AP reporters. “And I’ll be glad to welcome the new president, whoever that is.”

A bill passed by Texas legislatures in 1997 put in place technical voting procedures for astronauts—almost all of whom live in Texas when they’re not orbiting our planet. The process begins a year before launch. Astronauts select which elections (local, state or federal) they want to participate in while in space, and then six months before the election, they are provided with the standard Absentee Ballot Request application. Finally, an electronic ballot is forwarded to the astronauts by Mission Control in Houston and returned by email to the county clerk.

NASA astronaut David Wolf became the first American to vote from space in 1997 (the same year the process was implemented). Current space station resident Shane Kimbrough is the most recent astronaut to exercise this right. Kate Rubins also cast her absentee ballot from the ISS before her return to Earth a week ago.

Unfortunately, astronauts don’t get the coveted “I Voted” sticker for their efforts—although (to be honest), they should have the coolest sticker of all. 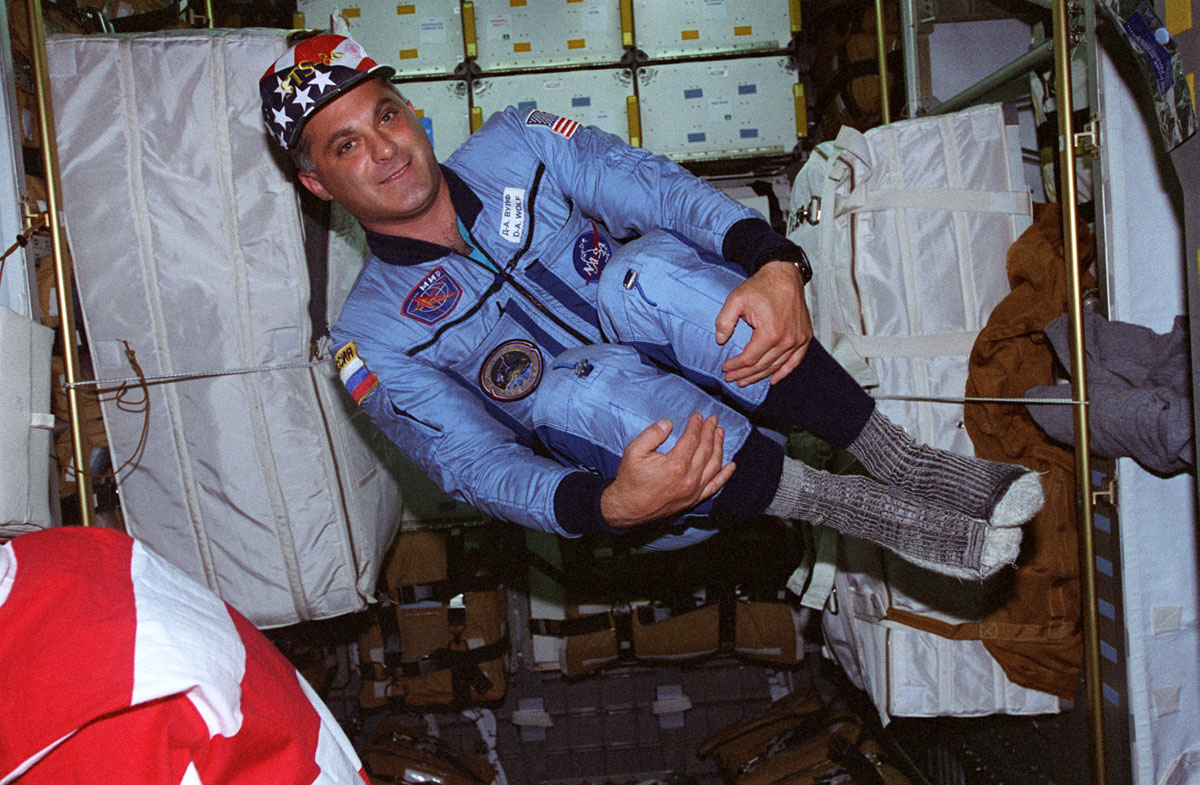