Is the Internet of Things really new, and if so, how will it affect you? Or is it a marketing ploy to package IT services?

Here we go again. If you have been involved in designing/developing components and systems for manufacturing for a decade or two, the Internet of Things is going to seem like Déjà vu. Years ago, this idea was referred to as the Smart Factory, and more recently, the Programmable World, or the Industrial Revolution x.x (pick a number) or Industry 4.0.

Apparently, this idea’s popularity is rising, probably partly due to President Obama’s recent comments on how the “nation should create a Smart Manufacturing infrastructure and approaches that let operators make real-time use of ‘big data’ flows from fully instrumented plants….” Another influencer is GE, with its recent paper titled “Industrial Internet: Pushing the boundaries of minds and machines.”

And, you have various marketing forecasters like Gartner and McKinsey claiming that the IoT will “add $1.9 trillion to the global economy by 2020,” or that it will have a “potential impact of $2.7 to $6.2 trillion by 2025.”

That’s all well and good, but a lot of manufacturing companies have been involved in the development of a “smart, interconnected factory” for years. As microprocessors were introduced into anything they could fit into or onto, manufacturing has been moving toward this goal. And it is safe to say that this trend is going to continue.

The term “the Internet of Things” is really a catchall expression. It describes the use of devices that can be connected to the Internet, from industrial components to smart appliances and mobile devices.

“The IoT is looking at how you combine different components instead of looking at them as individual entities,” said Sidney McLaurin, product marketing manager, Industrial Computers and PC-based Automation, Siemens. “It describes a more connected approach to system design, moving a lot of ad hoc processes into a cohesive whole. Previously, we did not have the connectivity, the technology to accomplish this.” 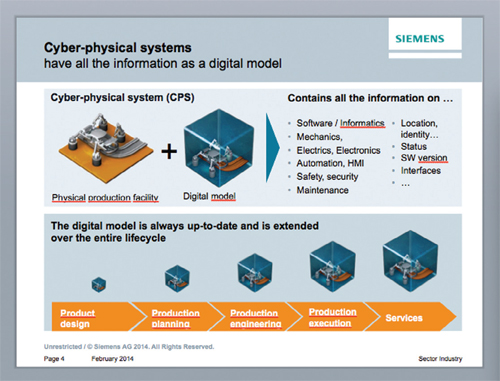 For Siemens and Intel, the way to establish the Internet of Things is to base designs on a cyber-physical system model. This model contains all the necessary features and functions to ensure connectivity and intelligence among all automation industrial devices and systems.

Agreed Eric Starkloff, executive vice president, Global Sales and Marketing at National Instruments, “The IoT asserts that virtually all objects and machines will have intelligence and be interconnected. NI prefers to call it cyber-physical systems.”

Red flags should be waving at you right about now, because we’ve seen and heard this before. A potential stumbling block will be whether everyone who wants a piece of this action will work with the same standards or not. In both industrial networks and programmable controllers, it took years before a common interface (Ethernet, and some would argue this) enabled everyone to play nicely together.

How is IoT different from the Ethernet of all things?
Jim Toepper, product marketing manager at Moxa made an interesting point: “People sort of get confused when they use the term the Internet of Things versus the Ethernet of things.” 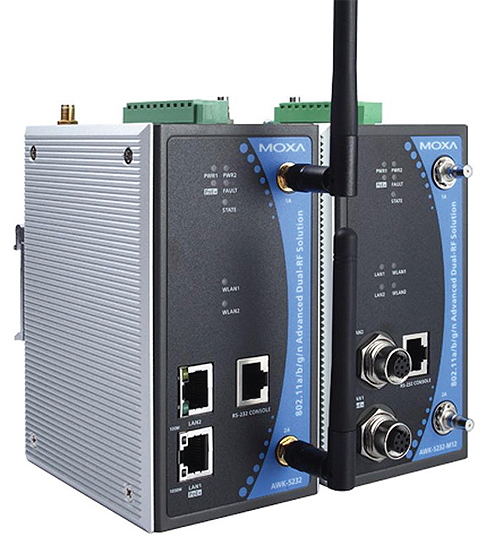 The AWK-5232 Industrial a/b/g/n Wireless AP/
Bridge/Client, from Moxa, delivers high-speed wireless connectivity with up to 300 Mbps data rate, along with excellent reliability, seamless deployment and plug-and-play scalability that reduce the costs of networking by eliminating the need to purchase and manage multiple pieces of equipment.

Do those promoting the idea that everything should be open and available on the Internet really understand what they are suggesting? Only a few people promoting IoT have brought up the issue of security.

“A number of markets and industries pushing connectivity do not see how dangerous this step really is,” said Toepper. “There is a lot of risk being on the Internet. People aren’t talking about it because either they don’t know enough about it or they would never mention it if they had been hacked. 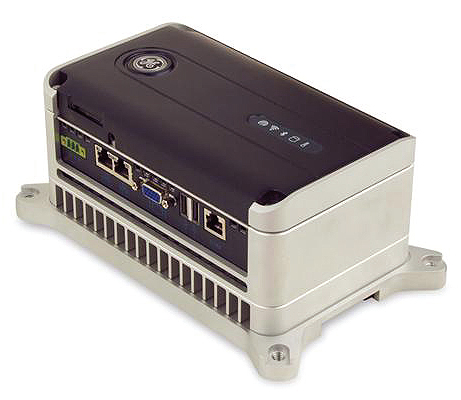 GE Intelligent Platforms investment in a single integrated architecture includes modular components, an Ethernet backbone and software applications, all based on industry standards. As convergence continues, connected controls devices will enable more power at the point of control, while software applications provide local intelligence to deliver on the principles of the Industrial Internet and Machine-to-Machine (M2M) communications.

Why would anyone want to hack into a manufacturing facility with machines making the next product? Answer: to gain a competitive advantage. A report titled APT1 by Mandiant showed that a significant amount of IP was stolen from industrial control systems that were network-enabled. In many cases, these attacks downloaded CAD files for specialized patented designs. Once the files were stolen, the product plans were easily copied, allowing imitation products to flood the market and destroy the advantage innovative companies reap from large investments in R&D.

Thus, it’s important to be clear as to whether customers are thinking Internet versus Ethernet. Ethernet is just the media that carries data. It has limited public access, which is good for security. The Ethernet is meant to be an internal communication medium.

If the IoT is not handled carefully, you could be responsible for bankrupting either yours or someone else’s company. 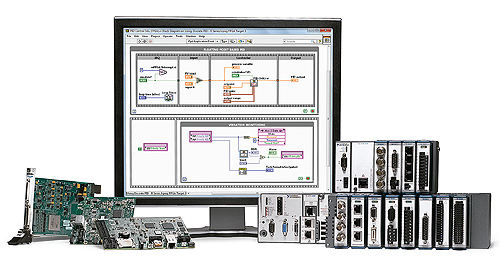 The Internet of Things is really more of a renaming of the familiar idea of connecting every device, component, and machine system in manufacturing to improve throughput and other productivity measures. It will also involve Big Data. (Photo courtesy of National Instruments)

What benefits will Big Data deliver?
Part of the allure of the IoT is that it will disgorge huge amounts of data for analysis. And all this data is viewed as a good thing; data has become the new currency of business. Aside from being “the new currency,” why would a customer want unlimited availability to all data? There are several reasons.

1.
Change in design strategy. “There has been a shift from model-based to platform based design,” noted Starkloff. “Platforms are the basis for all the thriving technology innovations of our time. They provide the structure that enables the creation of products and processes for ongoing and future development. Platforms ensure steady innovation, reduce the churn of introducing new products and processes, and ease the flow of creation. Today, systems are becoming increasingly interconnected, complex and distributed. This is leading the trend of cyber-physical systems and creates the need for a common platform-based design approach.”

Starkloff continued, “Cyber-physical systems are engineered systems that bridge the cyber and physical worlds. They are characterized by three fundamental behaviors: computation, communication, and control—the three ‘C’s. Ultimately, these systems can enable the next generation of technology, lead a revolution in system-level design, and transform engineering systems like the Internet did for information.”

2.
A new way to address old issues. Noted McLaurin, “Customers/companies know they have business issues, and IoT is being touted as the latest way to address them, (although other processes may work too). These goals will never change, but this is an evolution rather than a revolution of technology.” 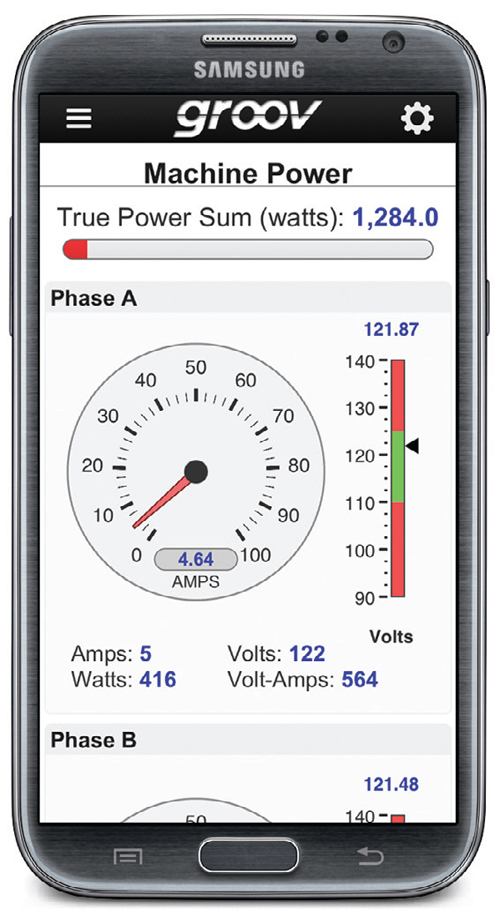 The typical user interface device— the control—is no longer a sufficient means of accessing machine or system data. Mobile devices, such as smart phones and tablets, offer more easily accessed data. Software and tools for mobilizing machine data are encouraging a revisit to the idea of putting all data on the Internet. The groov family of products, from Opto 22, uses a standard method of securely communicating with devices on the plant floor, including PLCs, DCSs, PACs, databases, and OPC-DA servers called OPC Unified

Previous attempts at communication and connectivity did not go far enough. Noted Benson Hougland, vice president, Opto 22, “Machine to machine and smart factory tended to be silos of automation, communication, and intelligence. The goal is not big data for the sake of big data. IoT is the facilitator, so once we have communications and intelligence, now how to you make that interoperate? With the IoT and Big Data, we can assume that everything is talking together. But there needs to be a universal language that allows all of this to communicate together. We’re not here yet.”

3.
Advances in technology. As more sensor developers add microprocessors to these devices, it’s easier to design machinery with a “certain level of awareness of its surroundings,” noted Hougland. “Machines can be made aware of environment or supply factors that affect throughput, quality, and so on. They can share information on how parts were made. Plus, instead of operating on a fixed schedule, the connectivity and shared data enable machines to determine when they should run or not.”

As noted by a recent white paper from Wind River, “Smarter Ways to Use the Internet of Things,” enhanced situational awareness gives equipment the ability to perceive and respond to the surrounding environment. “IoT adds incredibly valuable intelligence for complex decision making in a broad range of industries, including energy, automotive, aviation, oil and gas, healthcare, and more.”

Designing for IoT
Whether all of your customers are ready for IoT or not, best practices suggest that design engineers include functions and options that can make all the collected data available. “You don’t have to send it anywhere,” noted Hougland, “just make it available in a common way.”

In some cases, it may be best to enable the data gathering and sending options to be turned on at a future time.

The next need will be better analytical software to interpret all the data. And then, we may face a future that includes artificial intelligence.

Jim Toepper, at Moxa recommended the following steps be taken to reduce the chances that your communication system or design could be hacked when designing for the IoT.

1. At the very least use a firewall/router to separate the IT network from the automation network.

2. Make sure any WAN connection also has a firewall separating the WAN from the LAN side.

3. Remote access should only be allowed by, at the very least, a 128-bit encrypted VPN to protect data and manage access to the industrial control network.

4. Strong user passwords will help eliminate unintentional hacking, which is probably the most common cause of network disruption and is often caused by devices not configured properly.

5. Best practice is to use simple subnet segmentation. In other words, each cell should have its own small, protected network to prevent accidental entries by requiring purposeful intent to access.

6. Disable HTTP web access to web servers built into Ethernet attached products, and use HTTPS instead.

7. Enable MAC address filtering for each Ethernet switch attached to your network. This means that ONLY specific MAC addresses can connect to specific ports on the switch. Unauthorized devices plugged into the switch will not be allowed to communicate.

8. Enable 802.1x authentication. Before being allowed to communicate past an Ethernet switch, a credential check must be done with an authentication server (RADIUS and TACACS are common types). If you are not on the list of authorized users, you will not be able to get on the network.

9. Change default passwords; use best security practice passwords. NEVER leave the default user name and password on your device. Default usernames and passwords are just an Internet search away from being discovered.