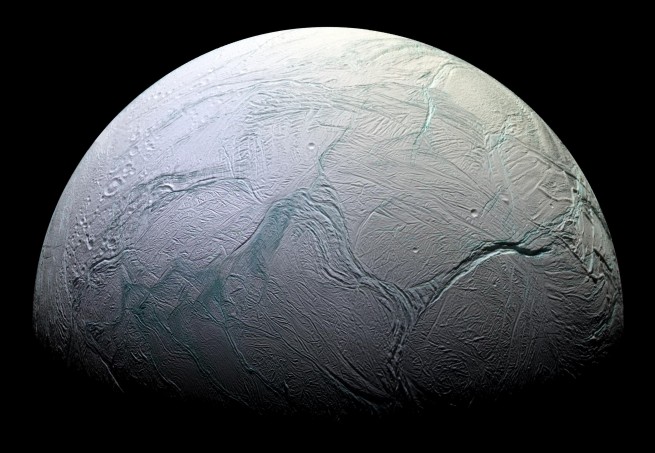 All of the ingredients necessary for life are available Saturn’s moon Enceladus.

Cassini wasn’t designed to look for signs of life. Yet, the probe has confirmed its possibility on a distant moon.

“Although we can’t detect life, we’ve found that there’s a food source there for it,” Cassini scientist Hunter Waite said in a news release. “It would be like a candy store for microbes.”

Scientists have detected a similar plume on Europa, Jupiter’s moon. New observations from NASA’s Galileo spacecraft suggests Europa’s plume, like the plumes on Enceladus, is associated with warmer temperature readings.

The correlation suggests Europa’s subsurface ocean may be similarly habitable.

Missions to explore the two moon’s in-depth are currently in the planning stages. The Europa Clipper mission, set to send a probe and lander to Jovian moon, is scheduled to launch sometime in the next decade.

“If there are plumes on Europa, as we now strongly suspect, with the Europa Clipper we will be ready for them,” said Jim Green, director of planetary science at NASA.