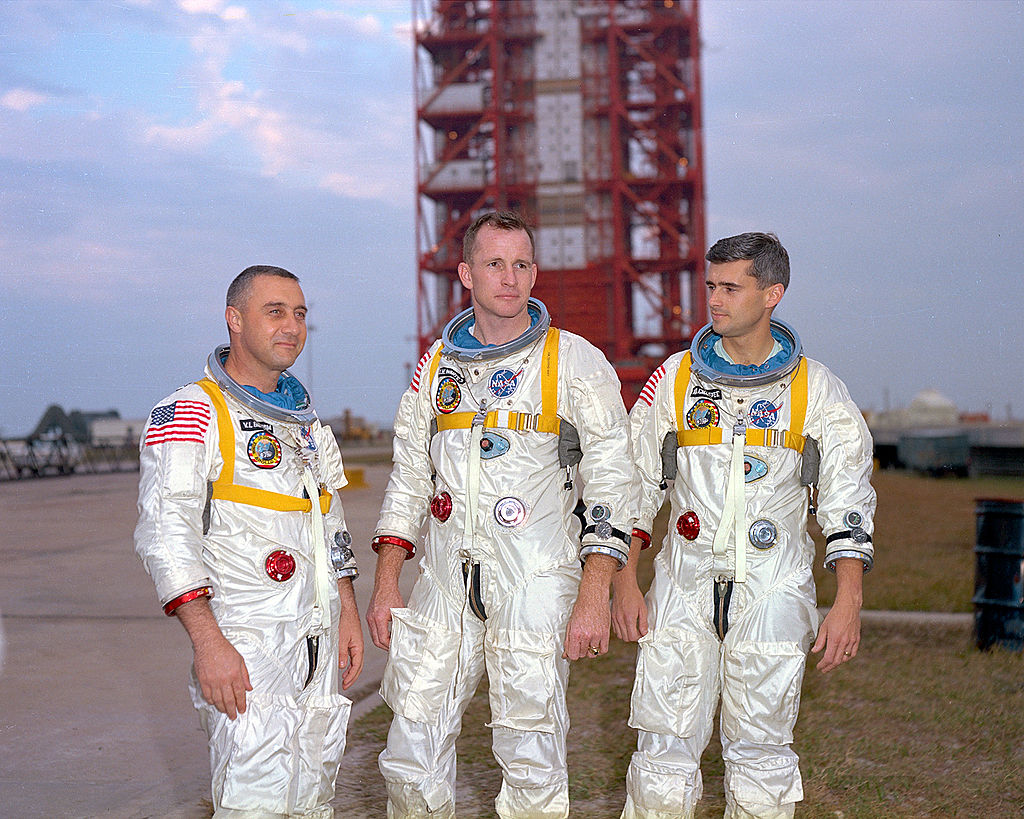 A wreath-laying ceremony at Arlington National Cemetery will underscore NASA’s Day of Remembrance Jan. 31, honoring the fallen crews of Apollo 1 and space shuttles Challenger and Columbia.

Various NASA centers around the country will hold observances on and leading up to the Day of Remembrance for the public, employees, and the families of those lost in service to America’s space program, NASA announced Thursday.

The Kennedy Space Center in Florida will commemorate the 50th anniversary of the Apollo 1 tragedy at 10 a.m. Thursday at the Astronauts Memorial Foundation hall at the visitor’s complex. The ceremony is open to the public and will be broadcast on NASA TV.

On Jan. 27, 1967, all three members of the Apollo 1 crew, including command pilot Virgil I. “Gus” Grissom, senior pilot Edward H. White II, and pilot Roger B. Chaffee, were killed in a cabin fire during a launch rehearsal. Apollo 1 was the first manned mission of the Apollo program, which ultimately led to a lunar landing. The crew had been scheduled to conduct a low Earth orbital test flight on  Feb. 21, 1967.

Employees at the Michoud Assembly Facility in New Orleans will unveil a banner honoring the Apollo 1, Challenger, and Columbia crews.

At NASA’s Marshall Space Flight Center in Huntsville, Ala., a candle-lighting ceremony will be held at the U.S. Space & Rocket Center at 10 a.m. Jan. 31.

Several other centers will hold their own memorials, and NASA presents online commemoration content here.