NASA’s Aqua satellite captured this image of the Buzzard fire in New Mexico on June 03, 2018.  This fire began on May 22, 2018, and its cause is still under investigation, although it is thought that the fire was caused by an illegal campfire.  At present the fire has consumed 34,709 acres and is 49% contained.  This fire is located 10 miles east of Reserve, New Mexico and near the Gila Wilderness.  The fire is burning mainly in mixed conifer and grass. Fire activity is being affected by very dry conditions, gusty winds, and the rugged terrain.  No structures are threatened at this time.

Each hot spot, which appears as a red mark, is an area where the thermal detectors on the MODIS instrument recognized temperatures higher than background. When accompanied by plumes of smoke, as in this image, such hot spots are diagnostic for fire.

The past two days have seen increased moisture in the area, helping to dampen the fire somewhat but a southwesterly flow will move back into the region. This will usher in drier air with temperatures remaining warm.  Warmer weather could cause the fire to spark up again and continue to spread. 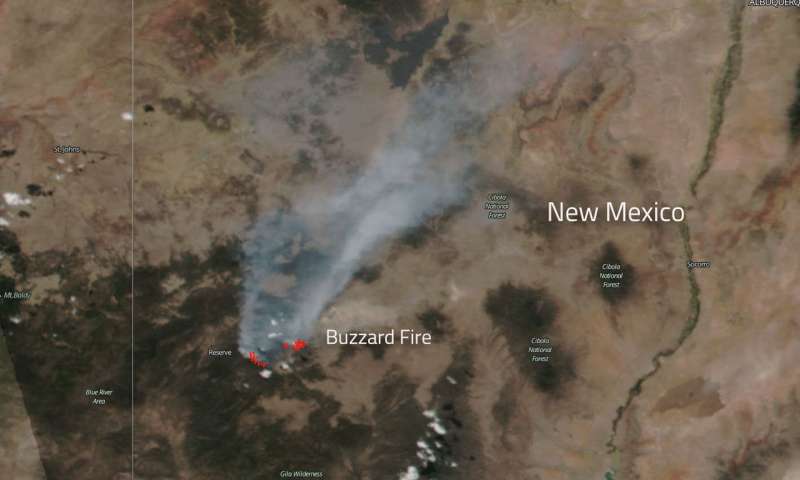