“I hereby place United States Ship Jackson in commission. May God bless and guide this warship and all who sail in it,” said Secretary of the Navy Ray Mabus, who helped name the ship in 2011. “This certainly ranks right up there with great days that I’ve had.”

Mississippi Senator Thad Cochran’s daughter, Dr. Kate Cochran, was the ship’s sponsor. It’s the first ship to bear the name of Mississippi’s capital city. The name held a special meaning for many of those at the commissioning.

“For it to be named after the city, the capital of the state in which you were born, is even more of a phenomenal feeling,” said Command Senior Chief Ken Ballard. 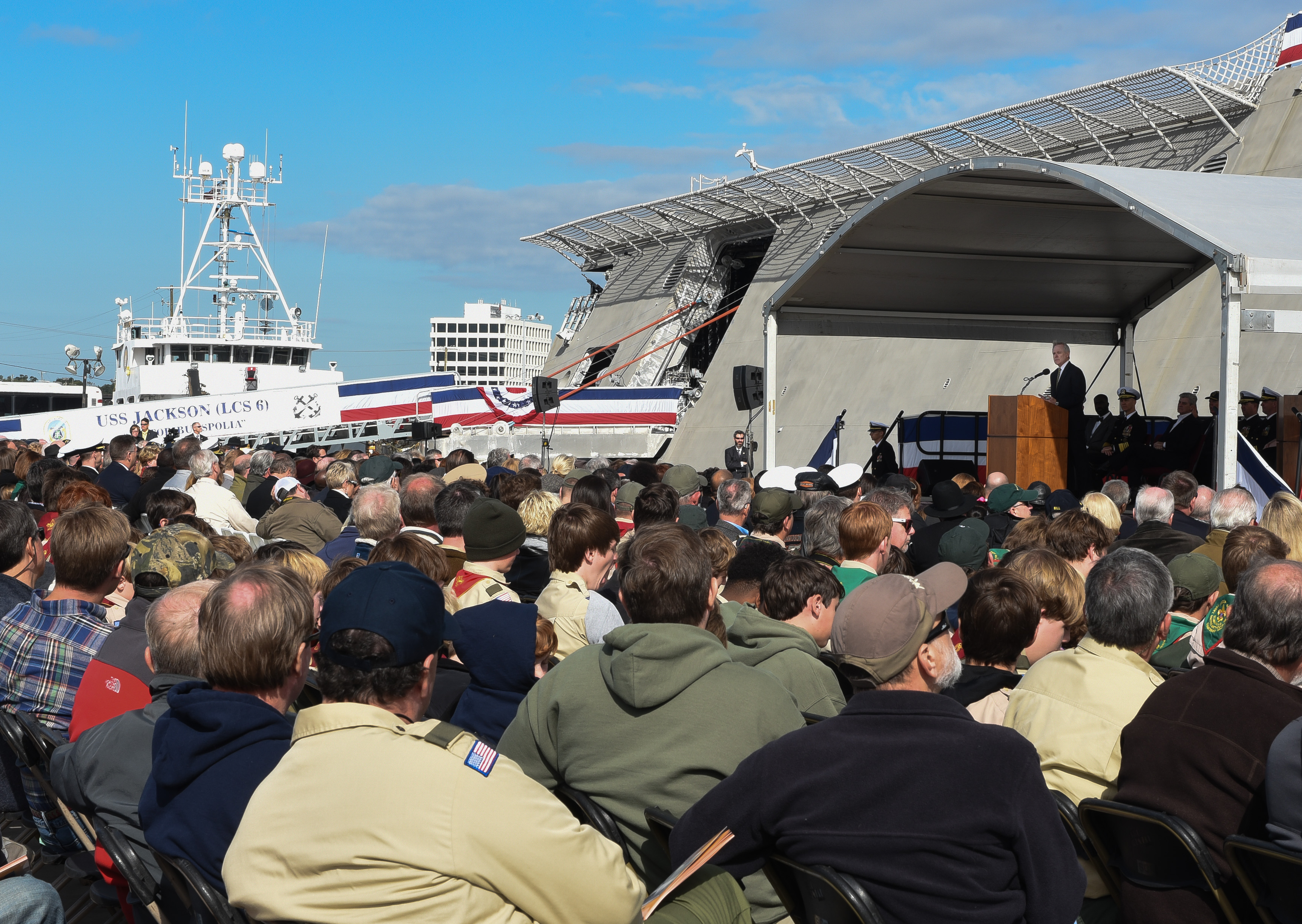 Ballard and 52 other crewmembers will man missions aboard the Jackson, one of the fastest and most technologically advanced warships in the world.

For the crew, the commissioning was the culmination of three years of hard work.

A fast, agile, and high-technology surface combatant, Jackson will act as a platform for launch and recovery of manned and unmanned vehicles. Its modular design will support interchangeable mission packages, allowing the ship to be reconfigured for antisubmarine warfare, mine warfare, or surface warfare missions on an as-needed basis.

The littoral combat ship (LCS) will be able to swap out mission packages, adapting as the tactical situation demands. These ships will also feature advanced networking capability to share tactical information with other Navy aircraft, ships, submarines and joint units.

The brand new 417 foot ship weighs in at 3,100 tons. It can travel at speeds in excess of 40 knots. The USS Jackson will be home ported at Naval Base San Diego.