On Monday, Nov. 6, 2017, NASA’s Parker Solar Probe spacecraft arrived at NASA’s Goddard Space Flight Center in Greenbelt, Maryland, for environmental tests. During the spacecraft’s stay at Goddard, engineers and technicians will simulate extreme temperatures and other physical stresses that the spacecraft will be subjected to during its historic mission to the Sun.

Before arriving at Goddard, Parker Solar Probe was at the Johns Hopkins University Applied Physics Laboratory in Laurel, Maryland, where it was designed and built.

NASA’s Parker Solar Probe is scheduled for launch on July 31, 2018, from Cape Canaveral Air Force Station, Florida. The spacecraft will explore the Sun’s outer atmosphere and make critical observations that will answer decades-old questions about the physics of stars. The resulting data will also help improve how we forecast major eruptions on the Sun and subsequent space weather events that can impact life on Earth, as well as satellites and astronauts in space. 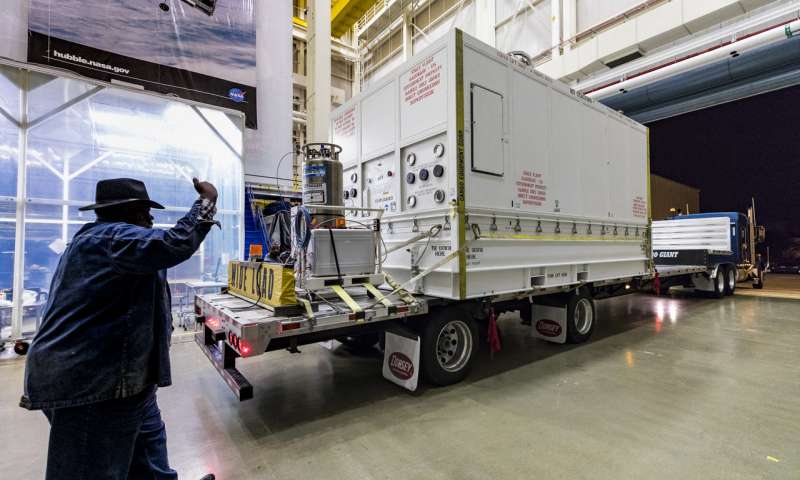