The planet Mercury is seen in silhouette, lower third of image, as it transits across the face of the sun Monday, May 9, 2016, as viewed from Boyertown, Pennsylvania. Mercury passes between Earth and the sun only about 13 times a century, with the previous transit taking place in 2006. 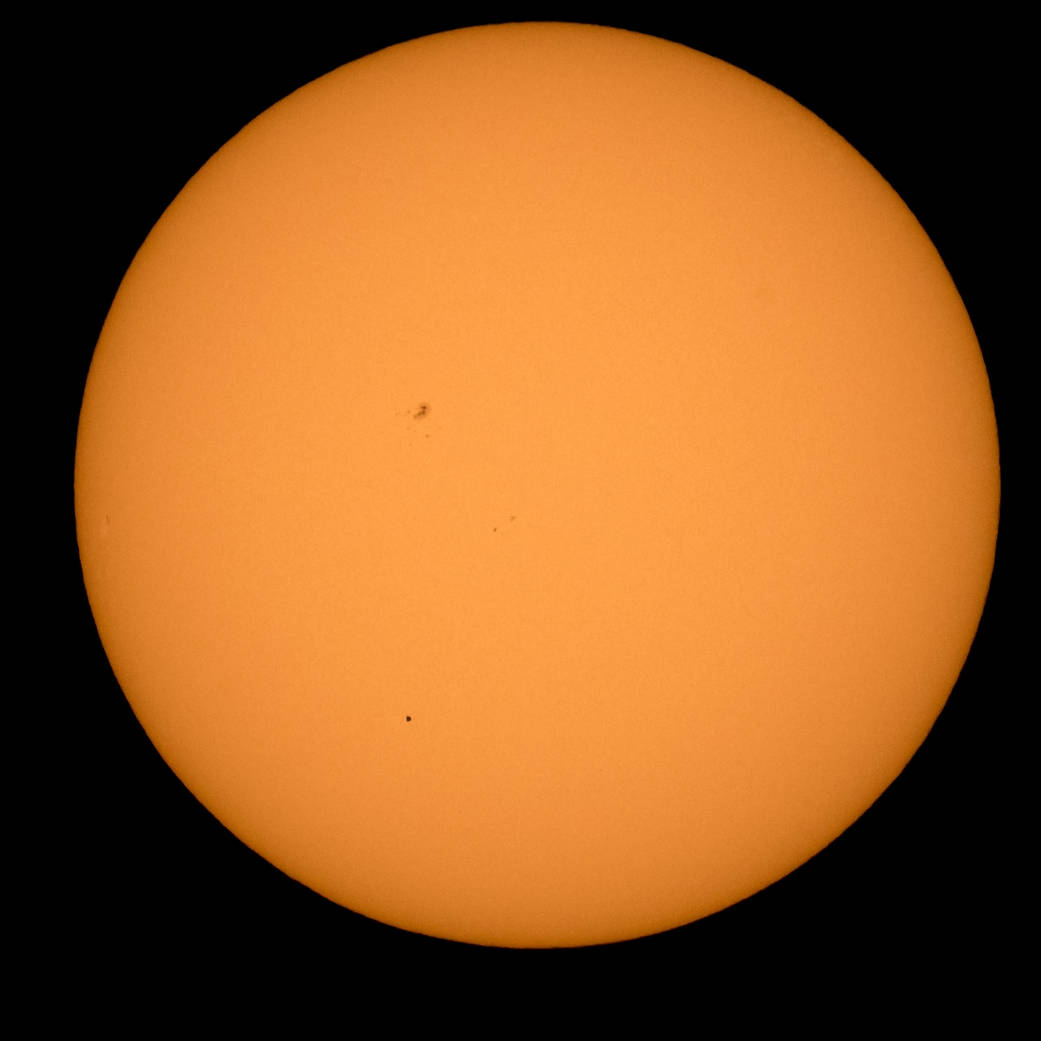