This image of galaxy cluster Abell 2744, also called Pandora’s Cluster, was taken by the Spitzer Space Telescope. The gravity of this galaxy cluster is strong enough that it acts as a lens to magnify images of more distant background galaxies. This technique is called gravitational lensing.

The fuzzy blobs in this Spitzer image are the massive galaxies at the core of this cluster, but astronomers will be poring over the images in search of the faint streaks of light created where the cluster magnifies a distant background galaxy.

The cluster is also being studied by NASA’s Hubble Space Telescope and Chandra X-Ray Observatory in a collaboration called the Frontier Fields project. Hubble’s image of Abell 2744 can be seen here.

In this image, light from Spitzer’s infrared channels is colored blue at 3.6 microns and green at 4.5 microns. 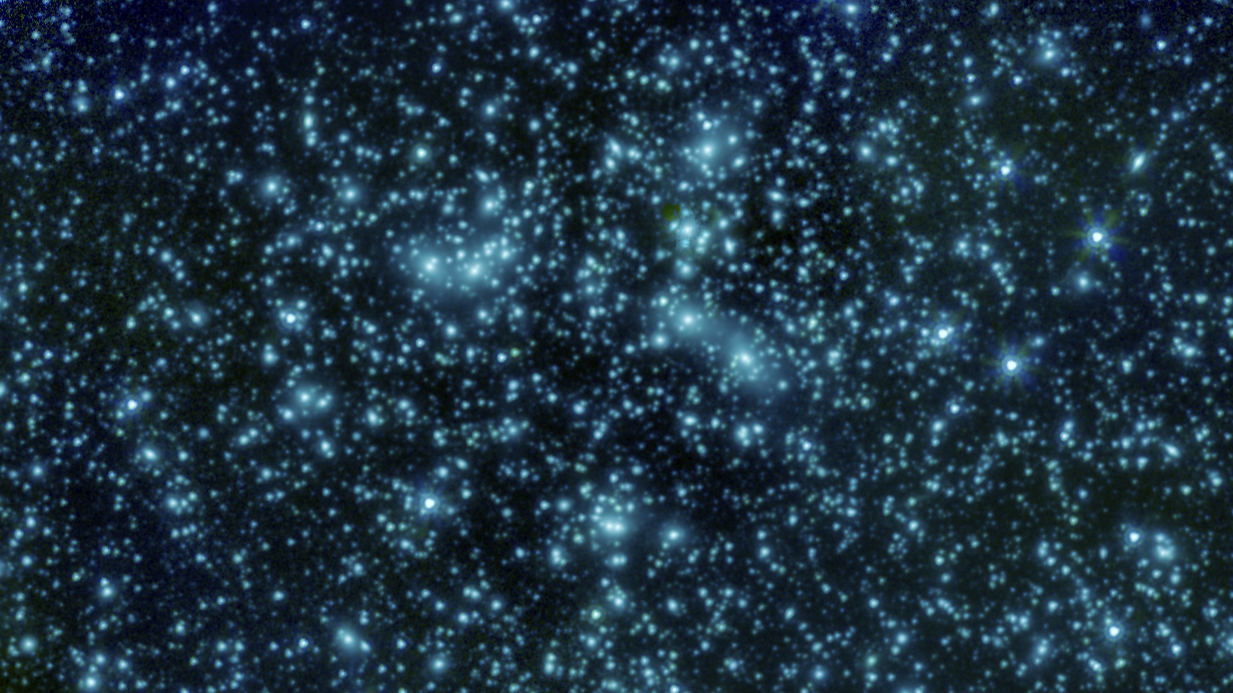