A group of U.S. Navy divers, Air Force pararescuemen and Coast Guard rescue swimmers practice Orion underway recovery techniques in the Neutral Buoyancy Laboratory at NASA’s Johnson Space Center in Houston on Sept. 21, 2016. The uncrewed Orion spacecraft will splashdown in the Pacific Ocean off the San Diego coast at the end of its test flight with the agency’s Space Launch System (SLS) rocket during Exploration Mission 1 (EM-1). EM-1, Orion’s first flight atop the SLS, will pave the way for future missions with astronauts and help NASA prepare for missions to Mars. 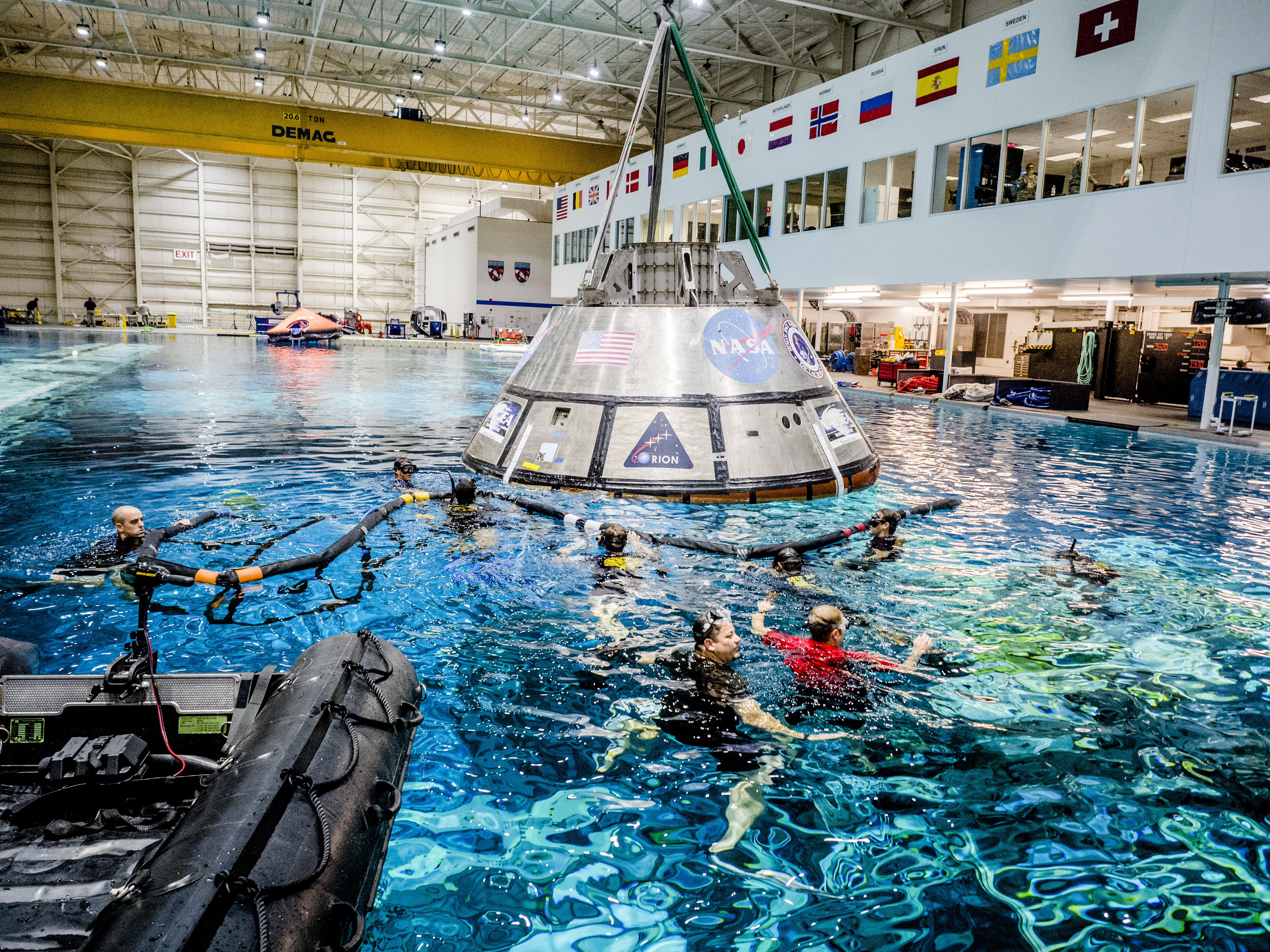