An Air Force Test Pilot School T-38C passes in front of the sun at a supersonic speed, creating shockwaves that are caught photographically for research.

NASA is using a modern version of a 150-year-old German photography technique — schlieren imagery  — to visualize supersonic flow phenomena with full-scale aircraft in flight. The results will help engineers to design a quiet supersonic transport. Although current regulations prohibit unrestricted overland supersonic flight in the United States, a clear understanding of the location and relative strength of shock waves is essential for designing future high-speed commercial aircraft. 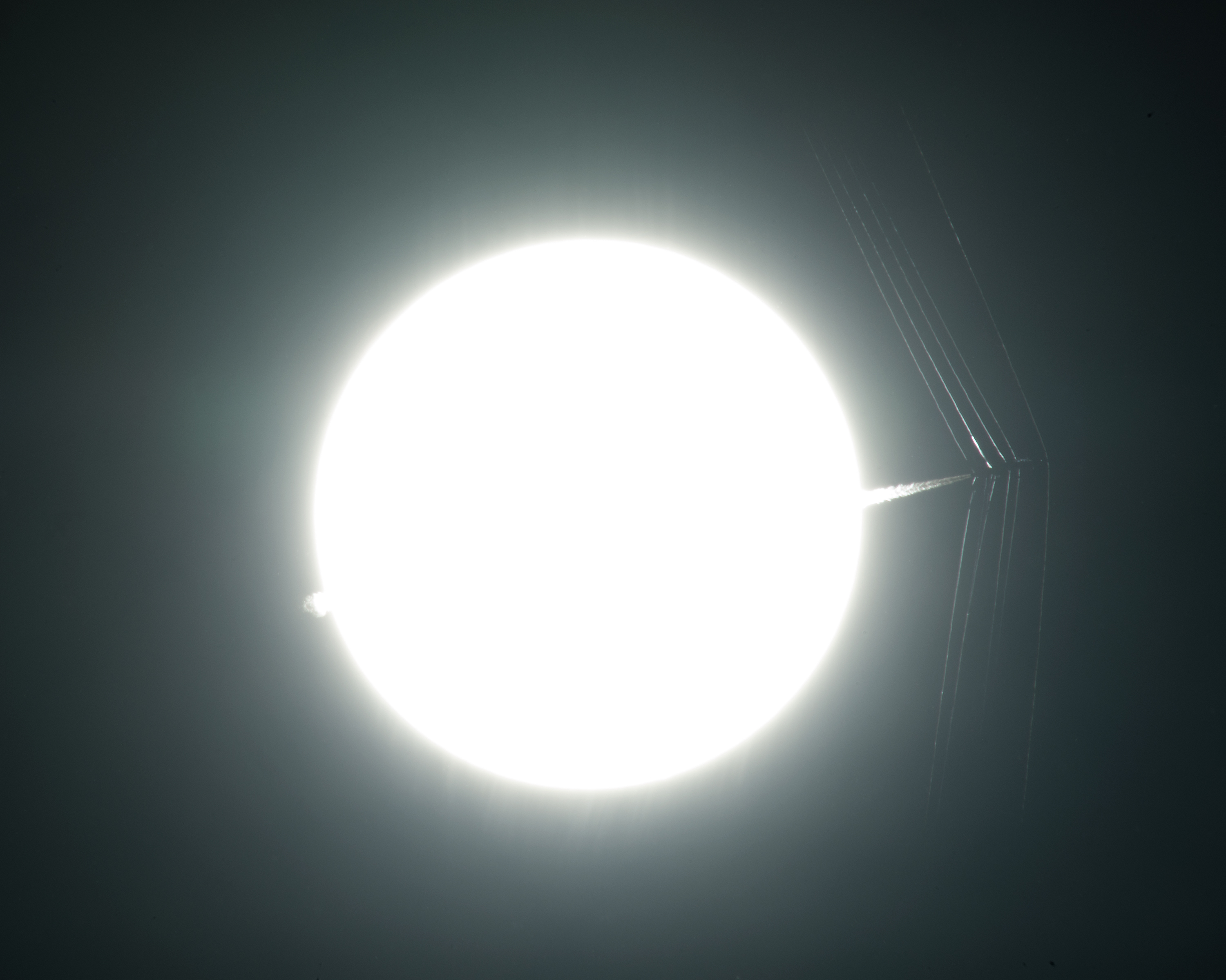