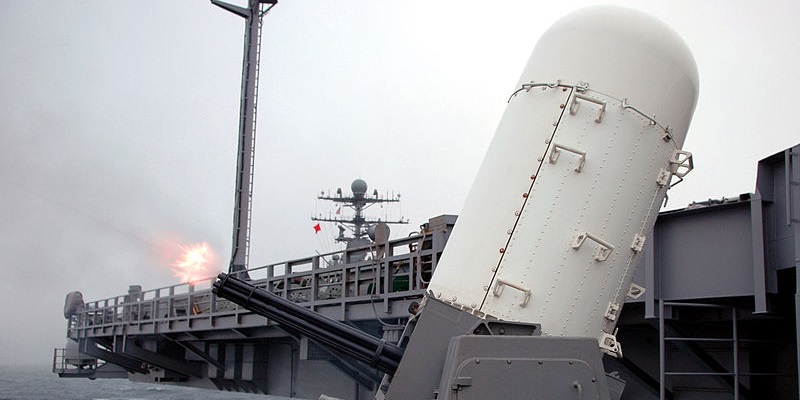 Raytheon will be awarded a $159.9 million Navy contract for upgrades and conversions of the MK-15 Close-In Weapon System (CIWS), the U.S. Department of Defense announced Wednesday.

The company will also provide CIWS system overhauls and associated hardware as part of the contract, which has a potential value of $461.7 million if included options are exercised.

According to the DoD, CIWS is a fast-reaction defense weapon used as a last line of defense against combat low- and high-flying anti-ship missile threats which made it past other preventative measures. It is designed to identify, track, engage, and terminate.  CIWS can either be independently used or assimilated with a combat system.

In its announcement, the DoD said that CIWS is an essential part of both the Ship Self-Defense Program and the Fleet Defense In-Depth concept.

Nearly all of the purchases under the contract are intended for the U.S., with less than one percent being devoted to the government of New Zealand.

More than $95 million in funds will be assigned with the award, and of those funds, $78 million will expire at the end of the 2015 fiscal year. The firm-fixed-price contract was not competitively obtained. The majority of the labor will be performed throughout the U.S., with less than three percent of the work occurring in Germany. All of the labor should be finished in October 2018.