Just a sample will do.

Honeybee Robotics in Pasadena, California, flight tested its pneumatic sampler collection system, PlanetVac, on Masten Space Systems’ Xodiac rocket on May 24, launching from Mojave, California, and landing to collect a sample of more than 320 grams of top soil from the surface of the desert floor.

PlanetVac is a surface soil collection system for a sample return mission. The configuration tested would replace a foot pad of a planetary lander spacecraft. The goal is to bring back a sample of surface soil from a celestial body.

“Bringing something back from another planet, celestial body, is the Holy Grail of planetary science,” said Justin Spring, senior project engineer for Honeybee Robotics. “It allows you to have something from another world, here, so Earth instruments can analyze it. We’re still analyzing what we collected from the moon years ago!” 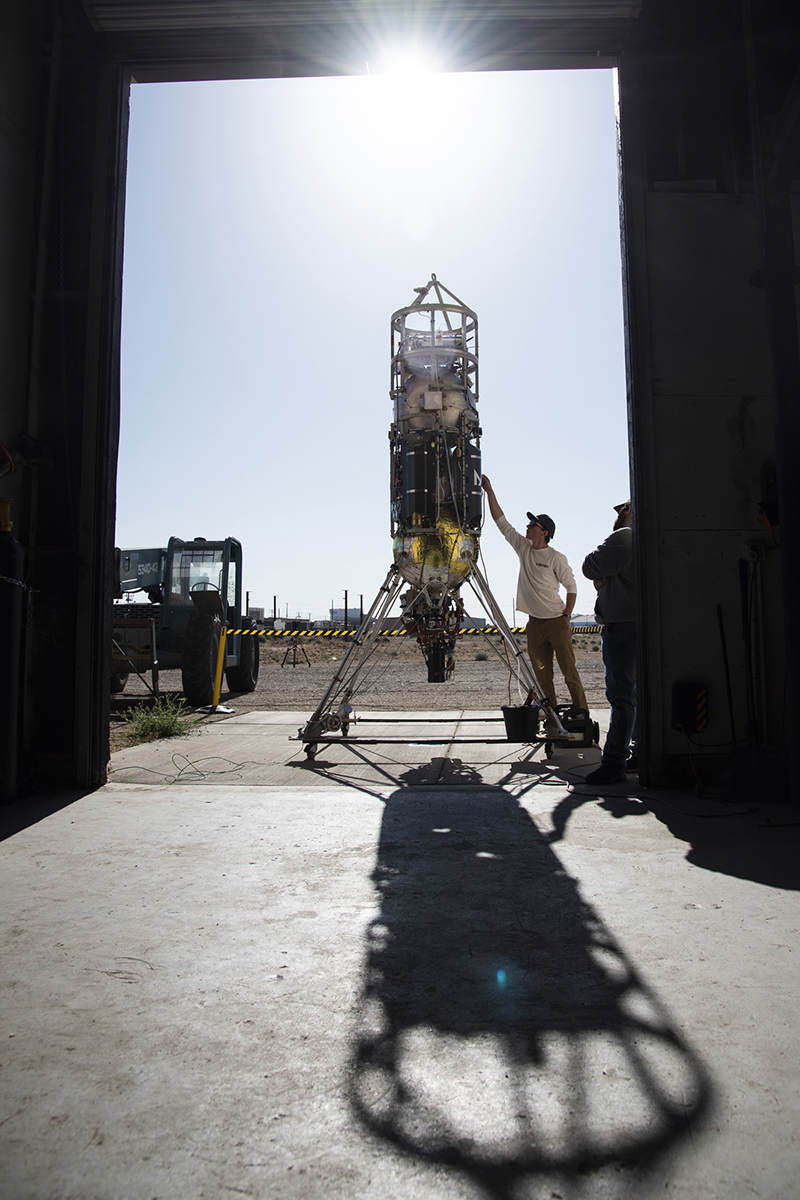 The pneumatic sampler foot pad starts operation after the lander touches down on a surface. Compressed gas is injected into the foot pad enclosure, lofting the soil into a cyclone separator for collection.

“What it does is kind of like your vacuum,” said Spring. “It creates an area of high pressure in the front and uses an area of low pressure in the back to suck up the sample. The best thing about PlanetVac is how simple it is. Aside from a single actuator to trigger the gas flow, the system is entirely pneumatic, which reduces complexity and risk.”

“There are other ways to collect samples,” he adds. “The Mars Curiosity rover uses a drill. The Mars Phoenix lander had a scoop. But to keep it simple when all you need is surface dirt then using this pneumatic system can bring the sample back.”

“The Flight Opportunities program allowed us to take the PlanetVac idea and actually strap it on to Masten’s rocket putting it in a situation more realistic to what it might encounter in a space mission,” said Spring. “This reduces the risk since we now know it can survive both landing and heating loads as well as the rocket environment and still collect the sample and retain it to come back.”

Through the Flight Opportunities program, the Space Technology Mission Directorate (STMD) selects promising technologies from industry, academia and government for testing on commercial launch vehicles and enables public-private partnerships for the agency. The program is funded by STMD and managed at NASA’s Armstrong Flight Research Center in Edwards, California.

STMD is responsible for developing the crosscutting, pioneering, new technologies and capabilities needed by the agency to achieve its current and future missions.