The workforce is changing with the times as it responds to the latest tech on the market and automated tasks. This begs the question—which jobs are on the chopping block?

To help find an answer, the Bureau of Labor Statistics released a chart that lists the number of employees of different occupations in 2016, the job’s projected 2026 numbers, and the percent of change.

The job that was set to dwindle the most during that time frame was locomotive firer, someone who monitors train instruments and keeps a lookout for hazards. It already started with a small pool of employees, with 1,200 people in 2016. When 2026 rolls around, that number is projected to decrease to 300, which equals a 78.6 percent decline in employment.

The third spot went to parking enforcement workers, who patrol certain areas to doll out tickets to parking violators. In 2016, there were 9,400 employees, which is set to reduce to 6,100 employees, totaling a 35.3 percent decline.

To see other professions under threat, check out the chart below, courtesy of Statista. 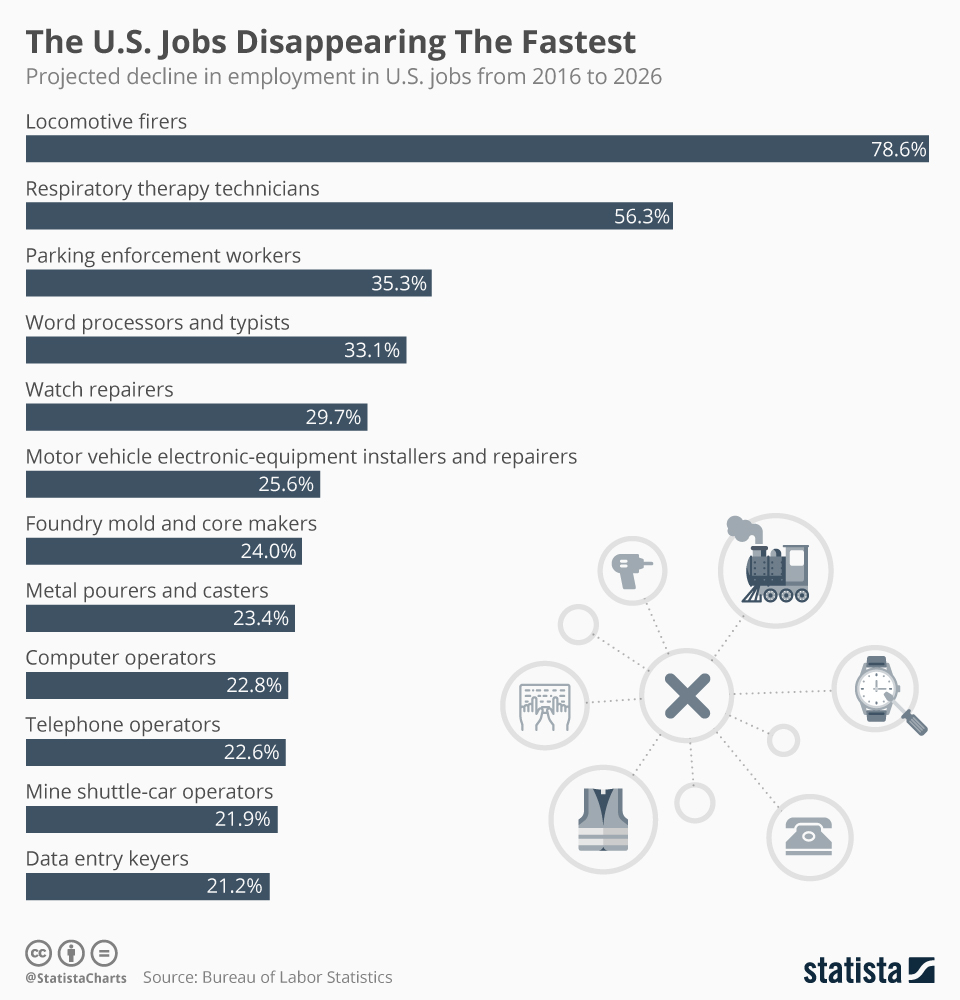