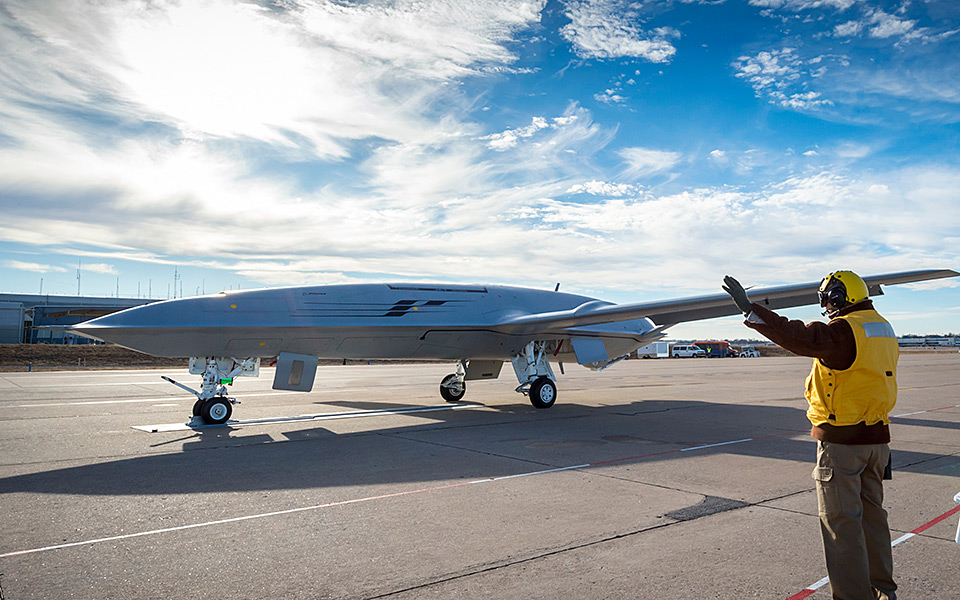 According to Boeing, the MQ-35 “brings the right combination of refueling, autonomy, and seamless carrier deck integration to deliver a solution that meets the U.S. Navy’s goals: put a low-cost unmanned aerial refueling aircraft on the flight deck as soon as possible.”

“As a company, we made an investment in both our team and in an unmanned aircraft system that meets the U.S. Navy’s refueling requirements,” says Leanne Caret, president and CEO, Boeing Defense, Space, & Security, in a press release. “The fact that we’re already preparing for first flight is thanks to an outstanding team who understands the Navy and their need to have this important asset on carrier decks around the world.”

To meet delivery times, Boeing will execute “an aggressive schedule.” Within that timeframe, flight tests will be prepped with an EMD-ready unmanned tanker. Once the contract award is received, the aircraft will soon be taking to the sky, according to the company.

You can watch an MQ-25 summary in the video below.