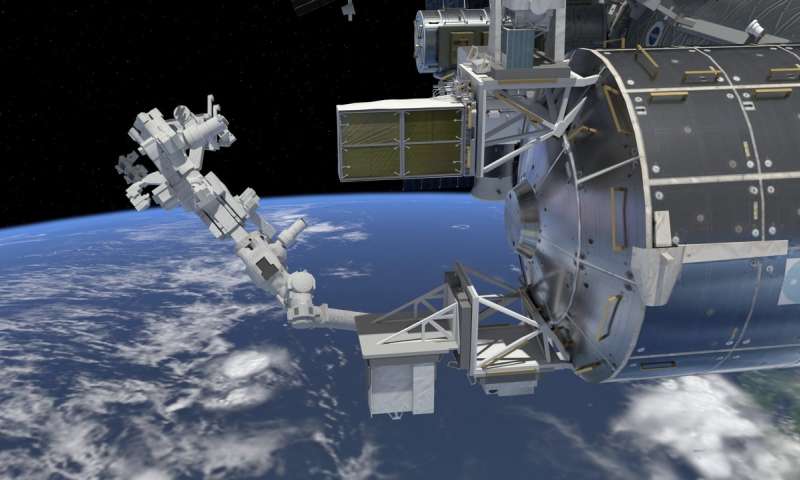 It’s estimated over 100 million pieces of orbital debris measuring smaller than one centimeter currently orbit Earth. These debris pieces travel at dangerously fast speeds and some as small as .3 mm can pose a danger to astronauts and robotic devices on missions. The International Space Station (ISS) uses orbital debris shields to protect from debris less than 1.5 centimeters in size, while ground control tracks larger debris pieces. To further combat the hazards of space debris, the ISS has installed the space debris sensor (SDS), which will monitor the small debris environment around the craft for the next 2-3 years, and record debris particles between the sizes of .05 mm-.5 mm. The SDS was recently installed on the ISS, after recently arriving on the spacecraft during a resupply mission orchestrated by SpaceX. 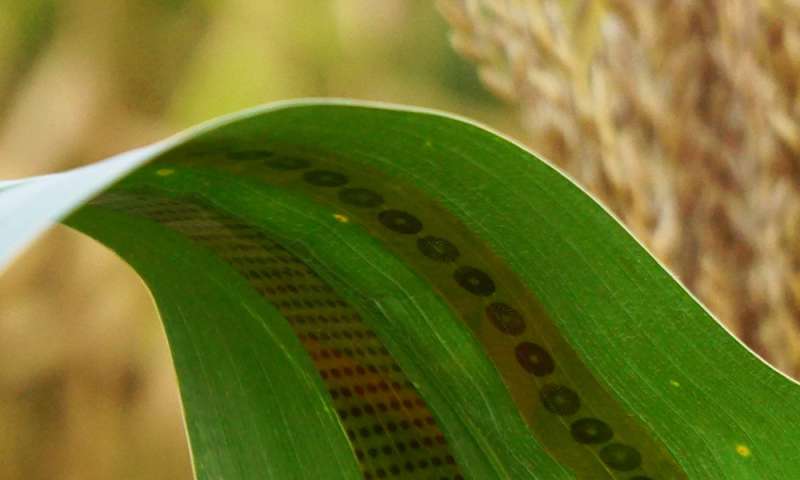 Iowa State University researchers developed an accurate method of measuring the time needed for two kinds of corn plants to transport water from their roots, to their lower and upper leaves. Botanist Patrick Schnable has been working with low-cost, easily produced, graphene-based sensor-on-tape devices that are attachable to plants that provide new kinds of data to researchers and farmers. Schnable believes this technology can help breed plants more efficient in using water. The tool that makes these water measurements possible is a graphene sensor that can be taped to the plants. Graphene comes in handy here because it’s a carbon honeycomb about an atom thick that’s efficient at conducting electricity and heat, along with being strong and stable. This technology has been used to produce wearable strain and pressure sensors, like a “smart glove” that measures hand movement. 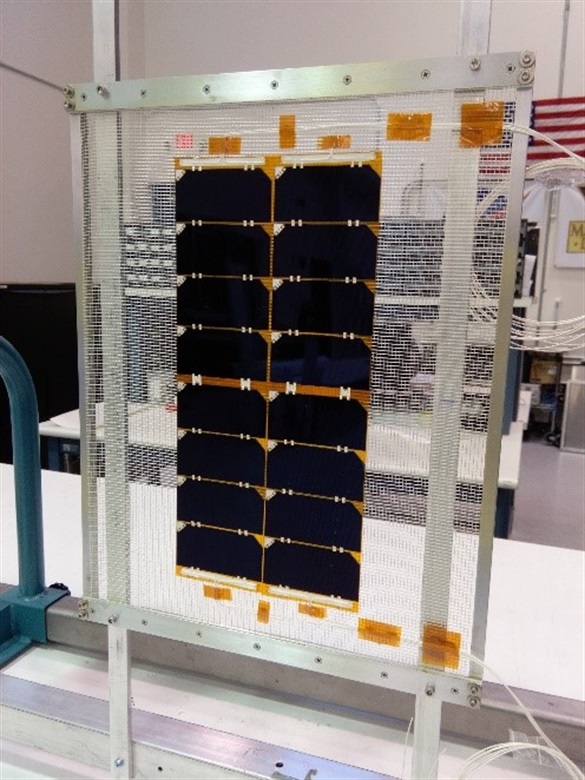 Scientists at the Air Force Research Laboratory (AFRL) broadened their technological expertise as they aim to meet power demands for next-generation military space vessels. A joint effort between the AFRL Materials and Manufacturing and Space Vehicles Directorates, the Space Industrial Base Working Group, and SolAero Technologies developed state-of-the-art, multi-junction solar cells capable of reducing costs and increase power efficiency for military space applications. These efforts led to developing and refining new cell architecture that utilizes an upside-down growth process, which results in Inverted Metamorphic Multi-Junction solar cells. These are more efficient and lightweight than multi-junction cells. Growing IMM solar cells begins when thin layers of semiconductor materials are deposited on a growth substrate like gallium arsenide. The entire device is flipped upside-down, and the semiconductor materials are bonded to a mechanical handle. The growth substrate (which is now on top), is removed, and processing on the front-end of the device is then completed. 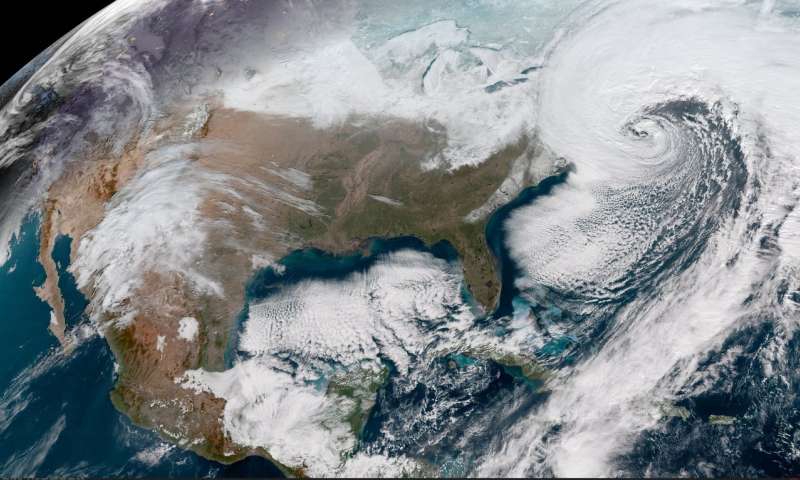 The National Oceanic and Atmosphere Administration (NOAA) GOES-16 satellite captured a geocolor image of yesterday’s snowstorm that battered the U.S. East Coast. The nor’easter pounded coastal communities with several inches of snow and winds exceeding 50 mph, whose effects were felt from Maine to Florida. As the image shows, the storm contained a long line of clouds stretching over one thousand miles down the U.S. East Coast, which was fueled by moisture from the tropical Caribbean climates. Geocolor is a multispectral product comprised of True Color (using a simulated green component) during daytime, and an infrared product using bands 7 and 13 during the night. Daytime imagery looks as it would appear when viewed from space with the naked eye. Geostationary Operational Environmental Satellite (GOES)-R Series is a joint development and acquisition between NASA and NOAA, and is the first of the series to provide continuous imagery, along with atmospheric measurements of Earth’s western hemisphere and space weather monitoring.