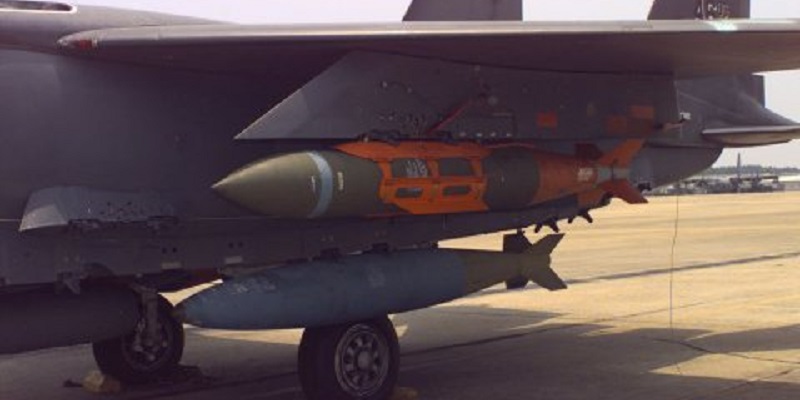 “The 2,000 pound BLU-109 bomb was specifically designed to defeat an enemy’s most critical and hardened targets: secure command locations, protected weapon storage sites, and key transportation and communication resources,” according to the Hill Air Force Base website. Hill Air Force Base also said the bomb works as either a guided or unguided weapon.

Three bids were submitted for the firm-fixed-price, foreign military sales contract. The location of the work and funding details will be decided with each order. The labor is expected to be completed on Dec. 31, 2020.

Other noteworthy contracts include:

A $270.5 million modification to a Navy contract to be given to Raytheon Missile Systems for Standard Missile-6 production and spares requirements.

With the addition of the contract modification, the total value of the contract is $573.2 million. The work will be conducted at various locations throughout the U.S., and is slated to be finished by April 2019.

Boeing has been awarded a $14.4 million firm-fixed-price Defense Logistics Agency delivery order for aircraft trailing edge flaps. The work will be conducted in Missouri and is scheduled to be completed on Jan. 30, 2022. The Navy and the military groups from Australia, Kuwait, and Spain will benefit from the deal.

Northrop Grumman Systems was awarded two Defense Logistics Agency contracts, each worth $16.9 million, for outer wing panels. One contract was devoted solely to left outer wing panels, and the other for right outer wing panels. The U.S. Navy will be using the parts provided by the firm-fixed-price delivery orders. The labor conducted under both contracts will take place in Florida, and should be finished in November 2019.