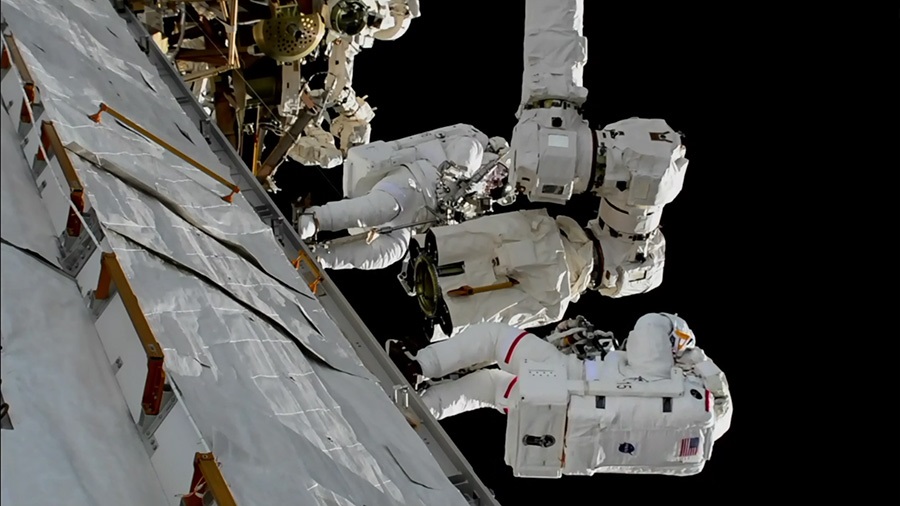 Two astronauts ventured outside the International Space Station on Oct. 5 to repair a grappling mechanism used to dock approaching crew or cargo ships. Randy Bresnik and Mark Vende Hei worked on the Canadarm grappler for almost seven hours. The video, streamed by NASA and hosted by the Washington Post, showed how the astronauts replaced degraded joints and installed new bolts.