On Thursday, June 15, defense and security company Saab successfully completed the maiden flight of the Gripen E, the next generation smart fighter. The aircraft departed from a Swedish airfield with Experimental Saab Test Pilot Marcus Wandt at the controls.

“The flight was just as expected, with the aircraft performance matching the experience in our simulations. Its acceleration performance is impressive with smooth handling. Needless to say I’m very happy to have piloted this maiden flight,” says Wandt, according to a Saab press release.

During the 40-minute excursion, the aircraft demonstrated various features, such as retracting and extending the landing gear.

The Gripen E is multi-role fighter built for the future Network Centric Warfare (NCW) environment. Using Active Electronically Scanned Array (AESA), the aircraft has a full system of small antennas referred to as elements. This gives the radar the ability to simultaneously and independently track different objects.

Due to its NCW adaptability, the fighter has bidirectional communication with armed forces, utilizing secure and multi-frequency data links. To increase its survivability, the aircraft employs a Radar Warning Receiver (RWR) to detect emitting threats, and Missiles Approach Warning (MAW) system to find and track incoming projectiles.

Highlighting another feature, the Gripen E has an advanced Electronic Warfare (EW) system that acts as either a passive or active sensor. The EW setup warns of incoming threats, hostile radar, and can emit electronic attacks such as radar jamming. 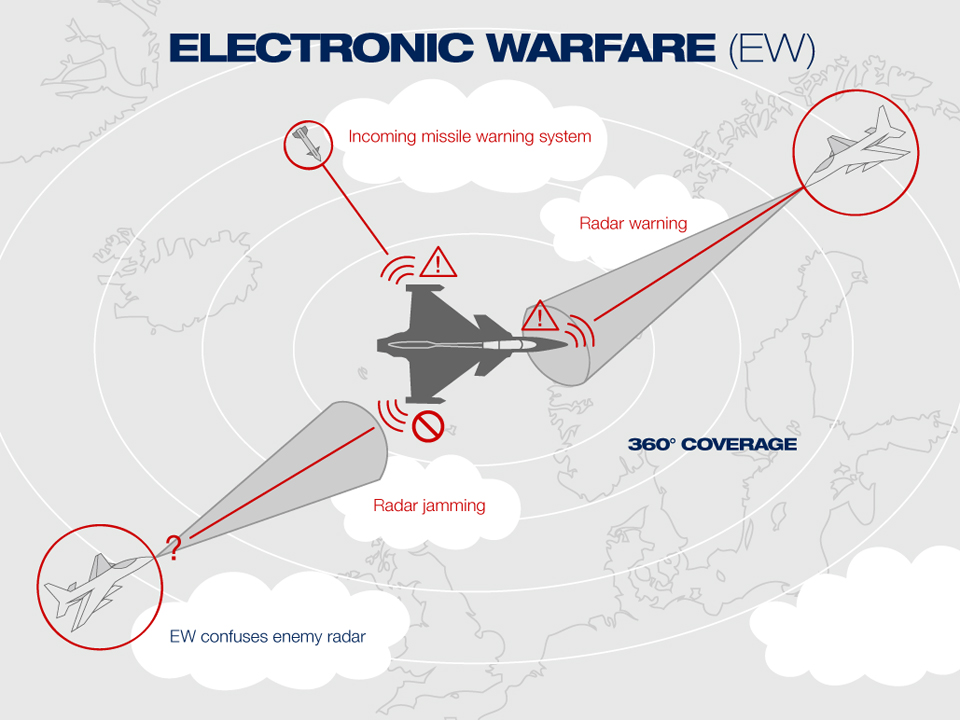 Diving into its technical specifications, the Gripen E has a total length of 15.2 meters, maximum takeoff weight of 16500 kg, and topmost thrust of 98 kN. The aircraft can reach a top speed of Mach 2 (supercruise) and has a combat turnaround air-to-air time of 10 minutes.

To get even more detail on this smart fighter, click here.

“Today we have flown this world class fighter aircraft for the first time. We achieved it with the fully qualified software for the revolutionary avionics system. This is about giving our customers a smart fighter system with the future designed in from the start. The flight test activities will continue to build on this achievement with the programme on track to achieve the 2019 delivery schedule to our Swedish and Brazilian customers,” says Senior Vice President and Head of Saab Business Area Aeronautics Jonas Hjelm.

Watch the Gripen E’s maiden flight in the video below.