The world’s largest all-composite aircraft—the Stratolaunch with a 385-ft wingspan—has made its maiden flight.

It took off from California’s Mojave Air & Space Port. During its 2.5-hour trip over the Mojave Desert, it reached a maximum speed of 189 mph and an altitude of 17,000 ft.

“What a fantastic first flight,” says Jean Floyd, CEO of Stratolaunch. “Today’s flight furthers our mission to provide a flexible alternative to ground launched systems. We are incredibly proud of the Stratolaunch team, today’s flight crew, our partners at Northrup Grumman’s Scaled Composites, and the Mojave Air & Space Port.”

During the flight, they performed flight control maneuvers for speed calibration and test flight control systems, “including roll doublets, yawing maneuvers, pushovers and pull-ups, and steady heading side slips,” according to Stratolaunch Systems Corporation. The team also completed landing approach exercises at 15,000 ft.

As we all know by now, the Stratolaunch is large, to put it mildly. The 500,000-lb aircraft stands 50 ft from the ground to the top of its vertical tail. It can carry a payload capacity of more than 500,000 lb, and all of its internal wiring, when strung out, would cover about 100 mi.

The Statista chart below puts the Stratolaunch’s 385-ft wingspan into perspective when compared to other aircraft designs. 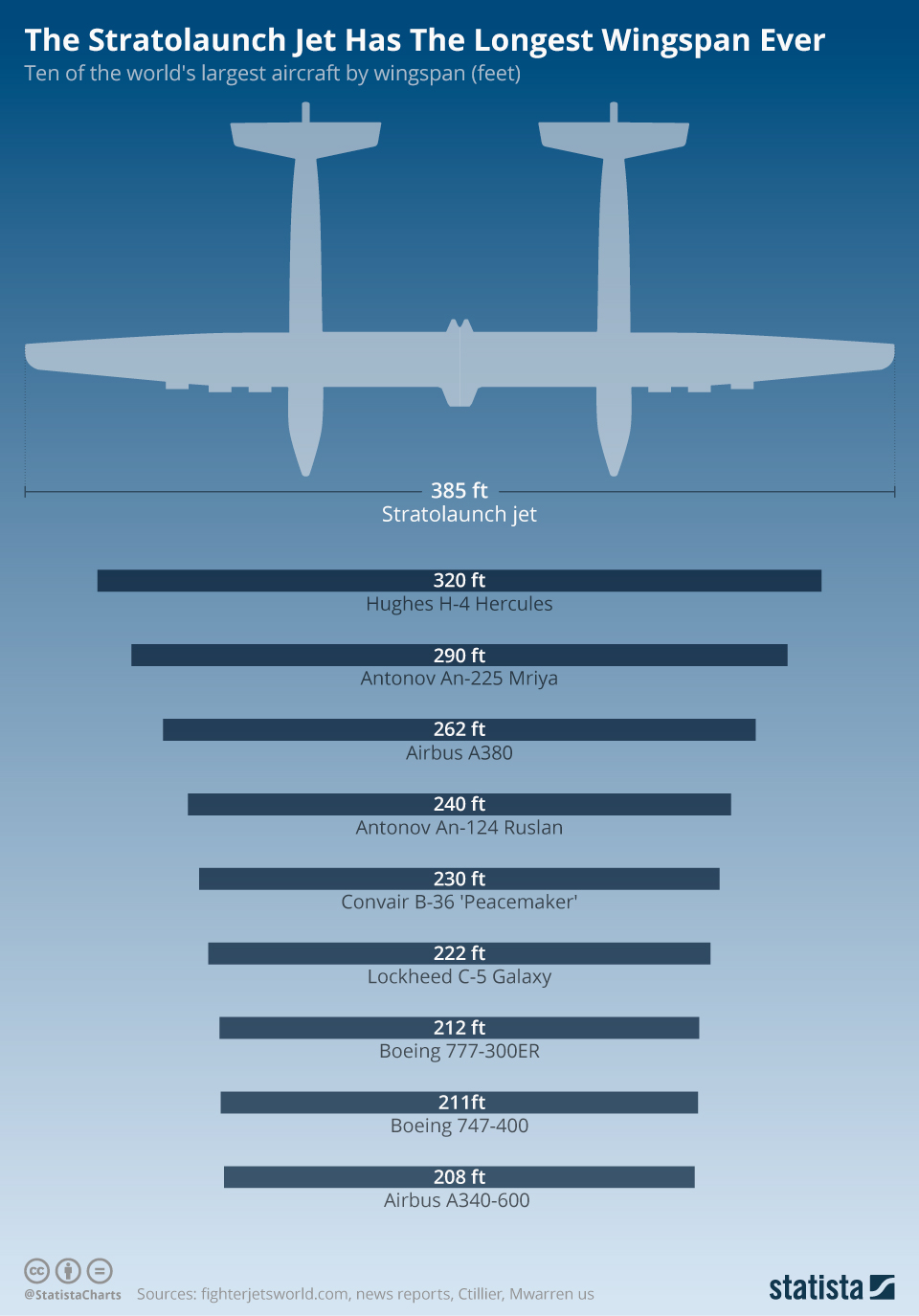 The Stratolaunch has hit a lot of milestones over the years, all leading up to its first venture into the sky. Highlighting just a few, the plane fired up its six Boeing 747 engines in September 2017. In late February the following year, the behemoth traveled down the runway at 46 mph. Then a few months later in October, videos surfaced of the Stratolaunch hitting a maximum of 90 mph in its medium-speed taxi tests. At the beginning of 2019, the Stratolaunch neared takeoff speed, reaching 136 mph in a runway test.

Without further ado, check out the world’s largest plane take to the sky for the first time in the video below.