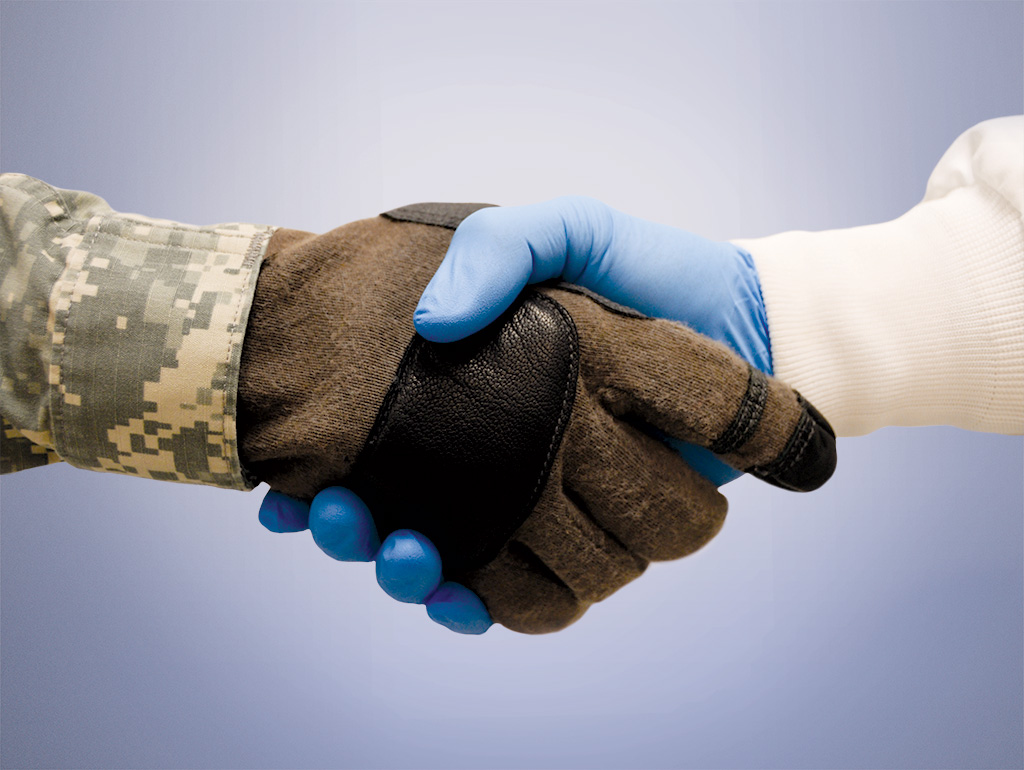 The U.S. Army is partnering with Drexel University in a joint research agreement to spur scientific research in areas of mutual interest.

The Army will work closely with Drexel under a Cooperative Research and Development Agreement, or CRADA, initially to identify damage on Army aircraft due to metal fatigue and stress and to formally address modeling approaches to the severity of damage precursors in aviation structures.

“This opportunity to collaborate in a formal partnership provides Drexel’s faculty and students, from numerous disciplines, with the ability to conduct collaborative fundamental and applied research with experts from the Army Research Laboratory,” said Aleister Saunders, PhD, Senior Vice Provost for Research at Drexel University. “The agreement instantly expands our research capabilities and provides a defined administrative framework for our involvement in mission-oriented research and development.”

A CRADA is a formal agreement between one or more federal laboratories and one or more non-federal parties under which the government, through its laboratories, provides personnel, facilities, equipment or other resources.

“While many other projects will be spawned by this agreement, the initial project addresses our Sciences for Maneuver Campaign goals,” said Dy D. Le, chief of ARL-Vehicle Technology Directorate’s Mechanics Division. “This research explores capabilities for early detection of material damage precursors, how fast they evolve, and at what point in time it can be mitigated to prevent catastrophic failure of structures. Finding out where and when faults may occur in aviation structures is critical.”

For the last six months, Drexel University, through its leadership team, has expressed interest in moving forward with this critical collaboration, he said.

“The Army will work closely with Drexel’s team led by Professor Antonios Kontsos,” Le said. “The partnership creates new experiential learning opportunities for students and connects them to career opportunities within the Department of Defense.”

Located in Philadelphia, Drexel is a “comprehensive global research university ranked among the top 100 in the nation,” according to its website. With about 26,000 students, it is one of America’s 15 largest private universities.

“ARL is opening areas of its Adelphi Laboratory Center and APG to host visiting scientists and engineers, including foreign nationals,” he said. “We envision future construction of new facilities to host partners with laboratory and office space to serve academia and small businesses and to incubate entrepreneurial startups.”

ARL has about 180 active CRADA projects with industry and academia. CRADAs are authorized by 15 U.S.C. 3710a and implemented by Executive Order 12591. The governing Army regulation is AR 70-57, Military-Civilian Technology Transfer.

The laboratory and Drexel University hope to conduct a formal signing ceremony later next month.