As planes and birds roam the sky, they are bound to fly into a few obstacles.

Researchers from Imperial College London, CalTech, and the Korea Advanced Institute of Science and Technology (KAIST) have developed an autonomous drone that can safely herd entire flocks out of danger, without causing harm or disturbing the flock’s formation.

This development meets the need of preventing plane-bird collisions. According to Civil Aviation Authority, the U.K. reported 1,835 confirmed bird strikes in 2016. This figure equates to about eight birds for every 10,000 flights. In North America, Transport Canada via Imperial College London reports that bird strikes cost airlines $500 million each year.

Current prevention methods include using trained falcons, predatory bird recordings, and hand-piloted drones. However, these tactics can be costly and unreliable.

Now, the new system infuses drones with a specialized herding algorithm. To do this, the team created a mathematical model of the flock’s behavior, studying its dynamics, maintenance, communication, and response to threats. With all of this data, the algorithm can calculate optimal flight paths to carefully move the flock out of harm’s way.

The image below shows how the drone perceives a grouping of birds. 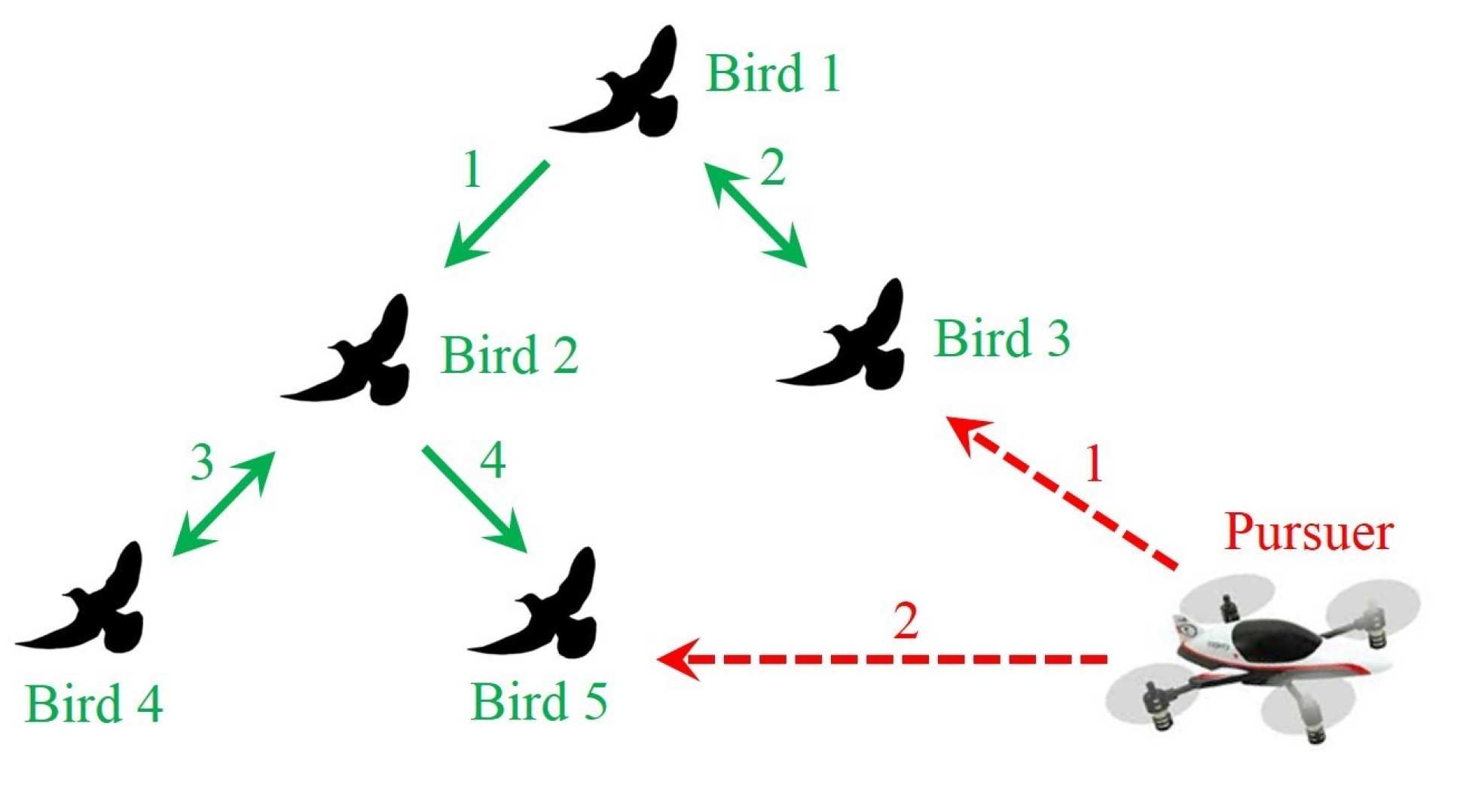 The team tested their tech on two flocks of egrets and loons. Just like a sheepdog, a herding drone performed a series of maneuvers around the birds, while separate drones hovered above to film the experiment.

Using this method, the flock successfully moved out of a designated area. However, as expected, larger bird groupings were harder to control, thus suggesting the use of multiple drones.

Next, the researchers will increase the experiment size, using multiple drones to coordinate multiple flocks.

The full details of the research can be found in the article, “Robotic Herding of a Flock of Birds Using an Unmanned Aerial Vehicle,” published in IEEE Transactions on Robotics. For more of an overview of this technology, enjoy the video below.