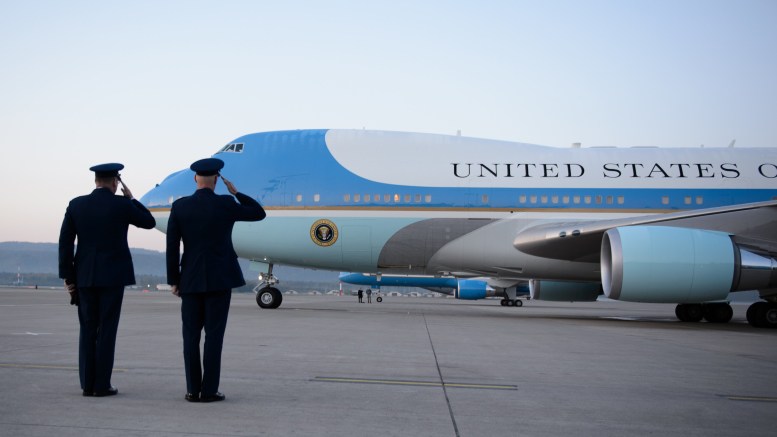 After President-Elect Donald Trump tweeted “Cancel order!”, Boeing issued a statement about the production of the next Air Force One, clarifying the cost of the presidential mobile command center and opening up discussion about possible money-saving measures in the next administration.

The president-elect’s statements “don’t appear to reflect the nature of the financial arrangement between Boeing and the Department of Defense,” White House spokesman Josh Earnest told the BBC Wednesday.

The 747-8 modified to serve as the president’s mobile command center is part of an Air Force contract for $170 million, and the complete cost of the Boeing project by the time it is complete is estimated to be $3.2 billion for two planes.

The order placed by the Department of Defense during the Obama administration includes both planes, one to serve the president, his staff, and media pool, and one reserve plane, which is sometimes used for the vice president. (The Air Force One call sign technically belongs to any plane on which the president is flying at any given time; similarly, the vice president’s craft is given the designation Air Force Two.)

In a news release issued Tuesday, Boeing said, “We are currently under contract for $170 million to help determine the capabilities of these complex military aircraft that serve the unique requirements of the President of the United States. We look forward to working with the U.S. Air Force on subsequent phases of the program allowing us to deliver the best planes for the President at the best value for the American taxpayer.”

The current Air Force One planes are 747-200s, which were delivered to President George H.W. Bush in 1990, and it is becoming difficult to acquire replacement parts for them. The new Air Force One will also emit 16 tons fewer of CO2 than the 747-200 and has a range of 7,730 nautical miles, 1,000 miles more than the 747-200, which also contributes to the cost of their construction.

Air Force One must be kitted out with a suite of modifications and security considerations, including executive conference rooms and offices, luxury amenities, navigation, the ability to refuel mid-air, and communications equipment that can work even in the event of an EMP (electromagnetic pulse). The Air Force’s Budget Item Justification for the program says the plane also includes auxiliary power units, a self-defense system, and “autonomous enplaning and deplaning.” The operating cost of the current Air Force One plane is estimated to be $179,750.

Boeing stock fell more than 1 percent after Trump’s Tweet on Tuesday, although it recovered most of that by the afternoon.

The new Air Force One will not be in use until 2024 at earliest, meaning the Trump administration would not use them unless Trump was elected for a second term.

On Tuesday, Trump spoke to Boeing CEO Dennis Muilenburg by phone about the cost of the program, CNN reported.

“Muilenburg congratulated Mr. Trump on his election win and committed to working with the new administration to control costs as they establish requirements for the new Air Force One to keep the program as affordable as possible and deliver the best value to American taxpayers,” Boeing said in a statement.

The president-elect is quoted as saying “I spoke to a very good man yesterday, the head of Boeing, terrific guy, and we’re going to work it out. But you know, that’s what I’m here for. I’m going to negotiate prices.”