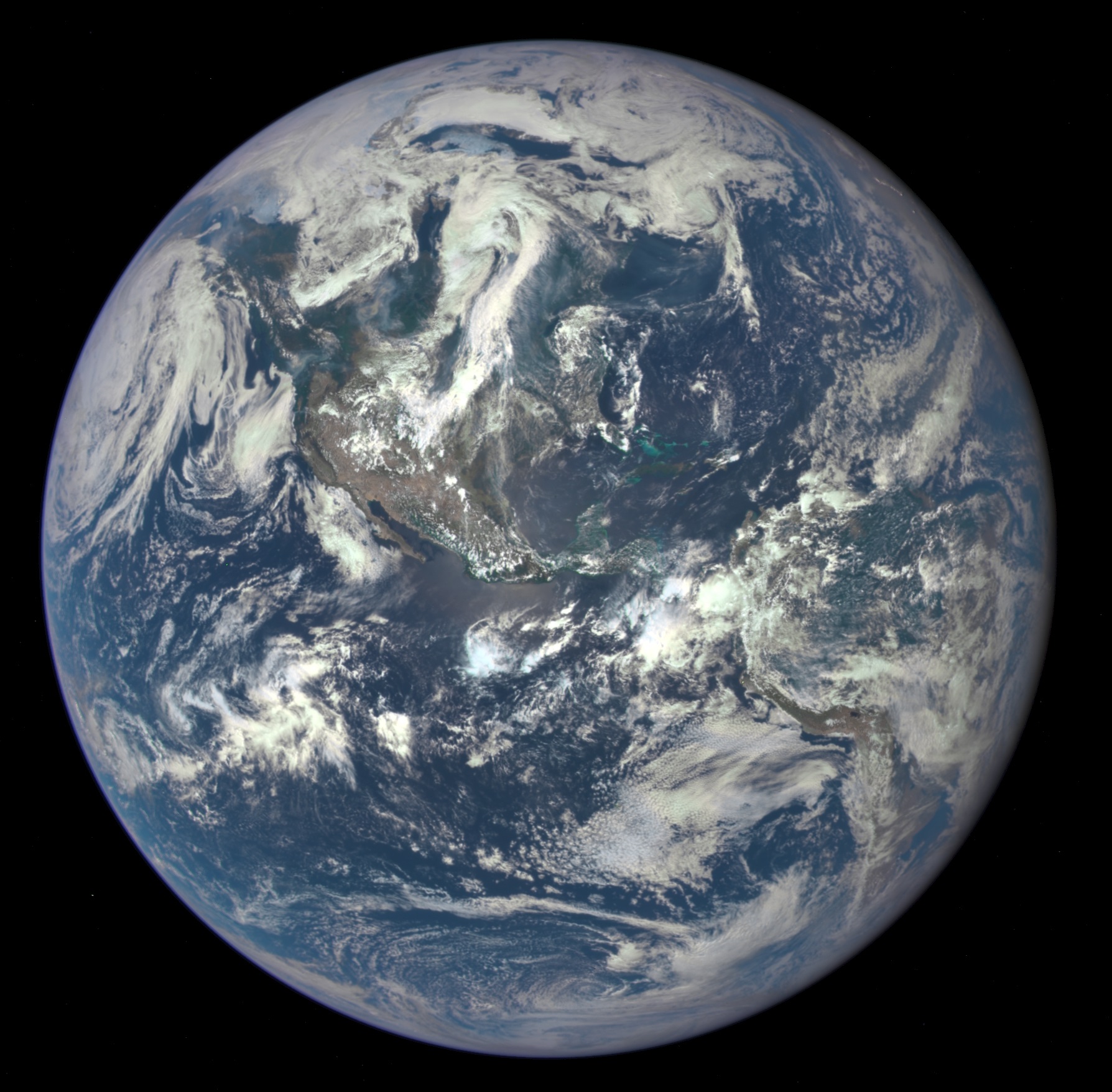 NASA launched a new website Monday so the world can see images of the full, sunlit side of the Earth every day. The images are taken by a NASA camera one million miles away on the Deep Space Climate Observatory (DSCOVR), a partnership between NASA, the National Oceanic and Atmospheric Administration (NOAA) and the U.S. Air Force.

Once a day NASA will post at least a dozen new color images of Earth acquired from 12 to 36 hours earlier by NASA’s Earth Polychromatic Imaging Camera (EPIC). Each daily sequence of images will show the Earth as it rotates, thus revealing the whole globe over the course of a day. The new website also features an archive of EPIC images searchable by date and continent.

The primary objective of NOAA’s DSCOVR mission is to maintain the nation’s real-time solar wind monitoring capabilities, which are critical to the accuracy and lead time of space weather alerts and forecasts from NOAA. NASA has two Earth-observing instruments on the spacecraft. EPIC’s images of Earth allow scientists to study daily variations over the entire globe in such features as vegetation, ozone, aerosols, and cloud height and reflectivity.

EPIC is a four megapixel CCD camera and telescope. The color Earth images are created by combining three separate single-color images to create a photographic-quality image equivalent to a 12-megapixel camera. The camera takes a series of 10 images using different narrowband filters — from ultraviolet to near infrared — to produce a variety of science products. The red, green and blue channel images are used to create the color images. Each image is about 3 megabytes in size.

Since Earth is extremely bright in the darkness of space, EPIC has to take very short exposure images (20-100 milliseconds). The much fainter stars are not visible in the background as a result of the short exposure times.

The DSCOVR spacecraft orbits around the L1 Lagrange point directly between Earth and the sun. This orbit keeps the spacecraft near the L1 point and requires only occasional small maneuvers, but its orbit can vary from 4 to 15 degrees away from the sun-Earth line over several years.

EPIC was built by Lockheed Martin’s Advanced Technology Center, in Palo Alto, California. Using an 11.8-inch (30-centimeter) telescope and 2048 x 2048 CCD detector, EPIC measures in the ultraviolet, visible and near-infrared areas of the spectrum. The data from all 10 wavelengths are posted through a website hosted by the Atmospheric Science Data Center at NASA’s Langley Research Center, Hampton, Virginia. All images are in the public domain.

NASA uses the vantage point of space to increase our understanding of our home planet, improve lives, and safeguard our future. NASA develops new ways to observe and study Earth’s interconnected natural systems with long-term data records. The agency freely shares this unique knowledge and works with institutions around the world to gain new insights into how our planet is changing.

For more information about the DSCOVR mission, visit: http://www.nesdis.noaa.gov/DSCOVR/