Tropical Storm Rina has lost its tropical characteristics and has become post-tropical as it continues to move through the Central North Atlantic Ocean. NOAA’s GOES East satellite provided a visible image of the storm.

Imagery from NOAA’s GOES East satellite, other satellite images and surface data indicate that Rina has become a post-tropical cyclone. GOES East provided a visible image at 7:45 a.m. EST on Nov. 9 that showed the system was embedded within low stratus clouds. The National Hurricane Center noted that cool air temperatures around 45 degrees Fahrenheit were about a degree to the northwest of the center. The GOES East image shows that Rina is a large post-tropical storm. Tropical-storm-force winds extend outward up to 275 miles (445 km), mainly to the east of the center.

At 11 a.m. AST (10 a.m. EDT/1500 UTC) on Nov. 9, 2017 the National Hurricane Center issued the last public advisory on the system. At that time the center of Post-Tropical Cyclone Rina was located near 47.0 degrees north latitude and 45.5 degrees west longitude. That’s about 360 miles (580 km) east of Cape Race, Newfoundland, Canada or 1,480 miles (2,385 km) southwest of Reykjavik, Iceland. The estimated minimum central pressure is 998 millibars.

The post-tropical cyclone was racing toward the northeast near 40 mph (65 kph) and a faster northeastward or east-northeastward motion is expected until dissipation on Friday, Nov. 10. Maximum sustained winds were near 45 mph (75 kph) with higher gusts. Little change in strength is forecast before the low dissipates.

The National Hurricane Center noted “despite being over water temperatures around 9 degrees Celsius instability aloft is still producing some elevated deep convection well northeast of the center, though this is not indicative of tropical cyclone status.”

The cyclone is expected to move rapidly to the northeast and east-northeast over the next day before becoming elongated and dissipating west of Ireland. 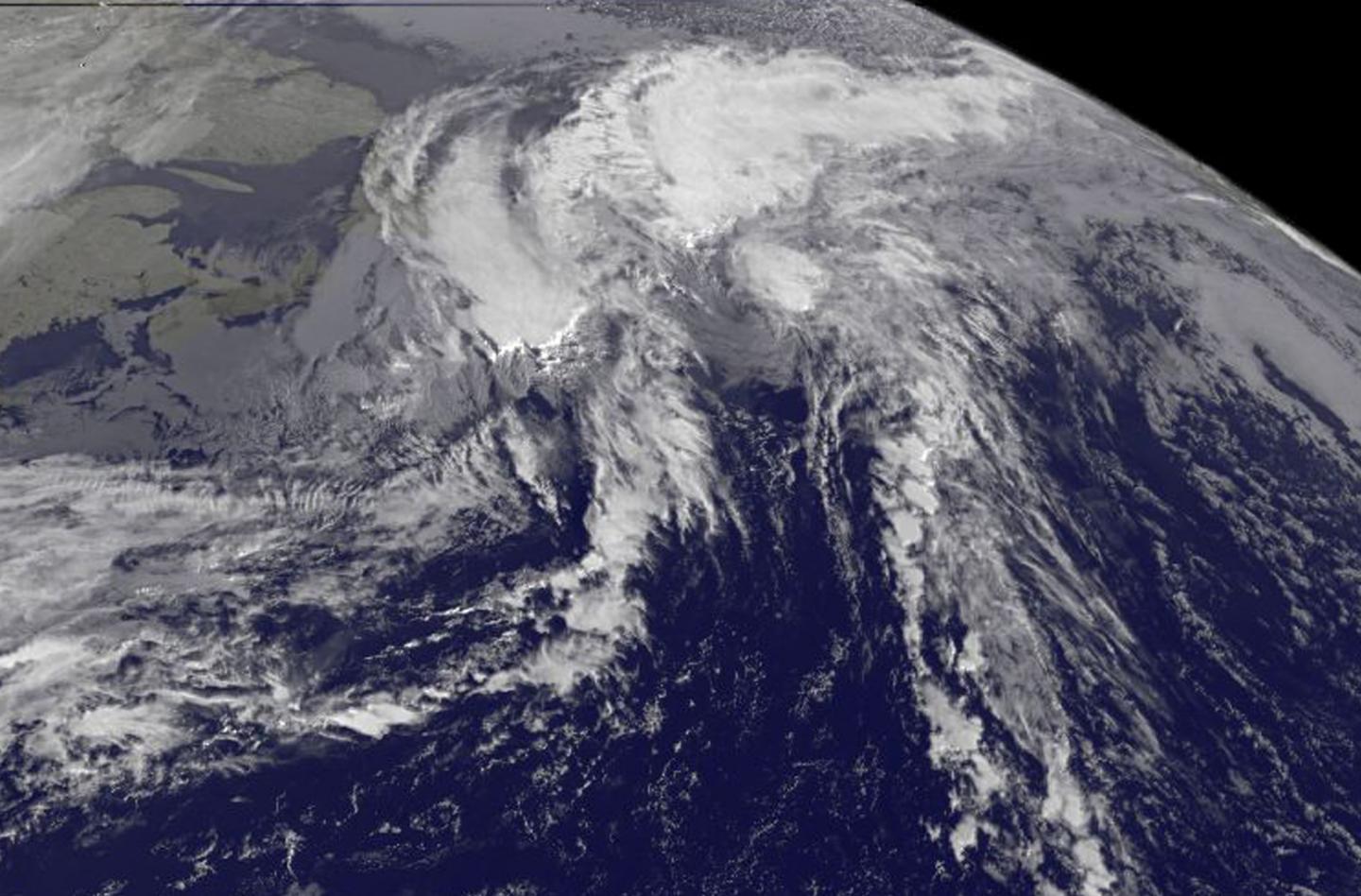