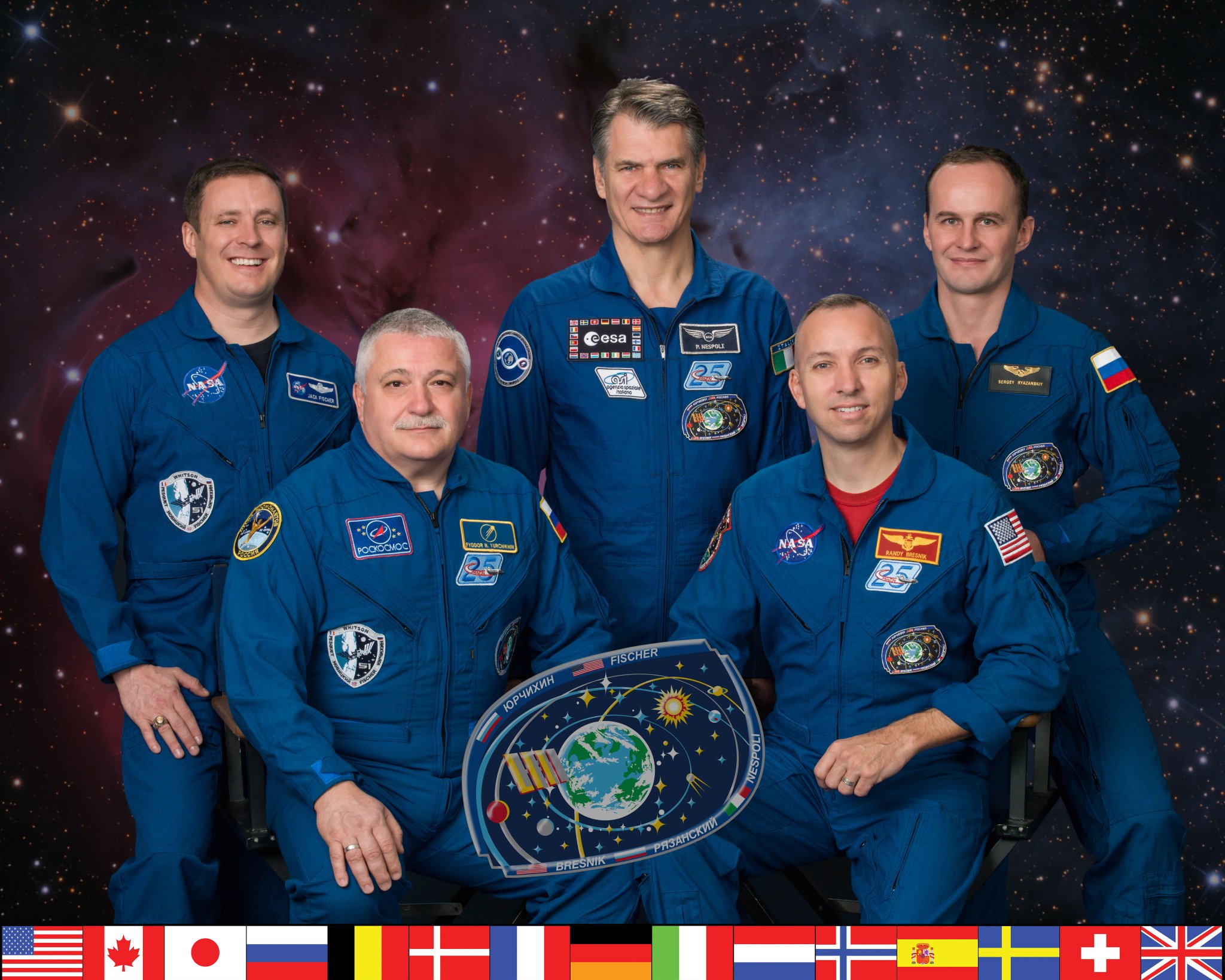 The crew for the International Space Station’s Expeditions 52 and 53 will be introduced at a NASA press conference slated for Jan. 25, NASA announced.

Astronauts Randy Bresnik of NASA, Paolo Nespoli of the European Space Agency, and Sergey Ryazanskiy of Roscosmos are scheduled to launch to the International Space Station in late spring. The three will participate in the conference at 2 p.m. Jan. 25 at the Johnson Space Center in Houston.

This will mark Bresnik’s and Ryazanskiy’s second trips to the space station. It will be the third for Nespoli.

Bresnik and his crewmates will conduct more than 250 research investigations and technology demonstrations aboard the International Space Station, including experiments involving microgravity’s impact on cardiac stem cells.

The press conference will air live on NASA TV. You can watch it here.