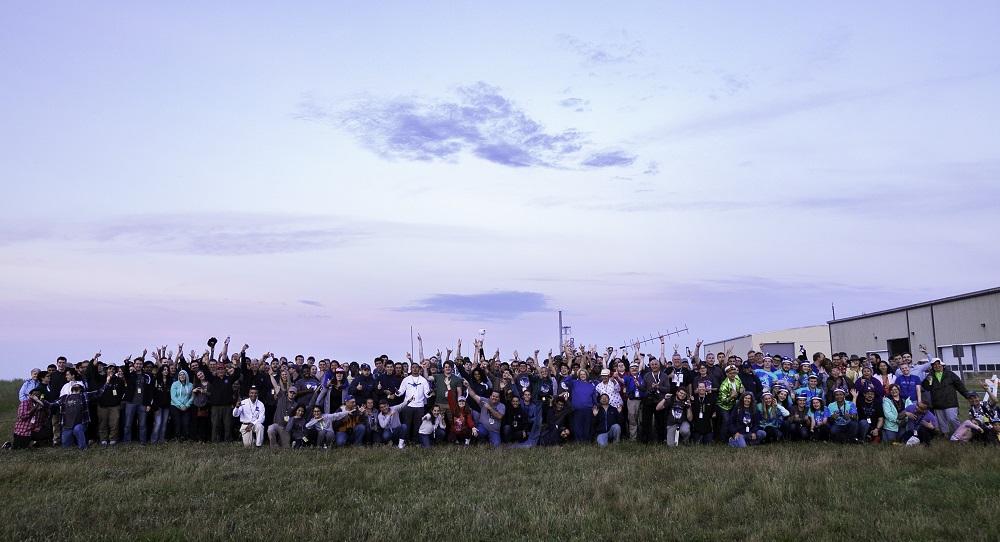 The mission carried experiments built by undergraduate students from universities and community colleges across the country through the RockOn! and RockSat-C programs.

The experiments, launch on a 36-foot long Terrier-Improved Orion sounding rocket, flew to an altitude of 72 miles and landed, via parachute, in the Atlantic Ocean.  The payload has been recovered and the students are expected to receive their experiments this afternoon to begin their data analysis.

RockOn! and RockSat-C are part of Rocket Week at Wallops.  Nearly 130 students and instructors participated in the two programs this week conducted in partnership with the Colorado and Virginia Space Grant Consortia.

In RockOn!, the participants receive instruction on the basics required in building and developing a scientific payload for flight on a suborbital rocket. After learning the basics in RockOn!, students may then participate in RockSat-C, where they design and build an experiment for flight.

In addition to the RockOn! And RockSat-C experiments, more than 80 small cubes with experiments developed by middle school students in 49 states as part of the Cubes in Space program were flown through a partnership between idoodlelearning inc and the Colorado Space Grant Consortium.

The flight marked the tenth mission through the RockOn! program and the ninth for RockSat-C. In its 10-year history, students and instructors from 39 states, Puerto Rico and the District of Columbia have participated in the program.

Ryan Schrenk from Capitol Technology University in Washington, D.C. said, “As the principal investigator and lead engineer on a previous successful sounding rocket mission, after attending the RockOn workshop I was impressed with how much there was to learn.  I was able to hone skills and master techniques that I thought I already knew. I was also impressed by how much my students are able to absorb in such a short amount of time.  My students came thinking they were lacking the necessary skillsets and knowledge and now express great confidence in their ability to become successful engineers and contributors to the missions they fly.”

In addition to RockOn! And RockSat-C participants, Rocket Week also included 20 high school educators from across the country in the Wallops Rocket Academy for Teachers. During the week, these teachers have been receiving instruction on the basics of rocketry including Newton’s Laws, fundamentals of electronics, drag and propulsion. This instruction is applied to hands-on learning activities, including building and launching model rockets, that can be used in the classroom.

The RockOn!, RockSat and WRATS programs are supported by the NASA Sounding Rocket Program. RockOn! also is supported by NASA’s Office of Education and NASA’s National Space Grant College and Fellowship Program in partnership with the Colorado and Virginia Space Grant Consortia, as well as the program participants.