The International Space Station (ISS), launched in 1998 as a joint effort among several countries committed to space exploration, is comprised of individual modules that were first put together in space. The modules were never integrated with each other on earth.  This situation is the same with new systems and platforms sent to the ISS to add function, technology updates, and new capabilities.  When service is needed, the ISS can’t exactly be taken out of orbit. 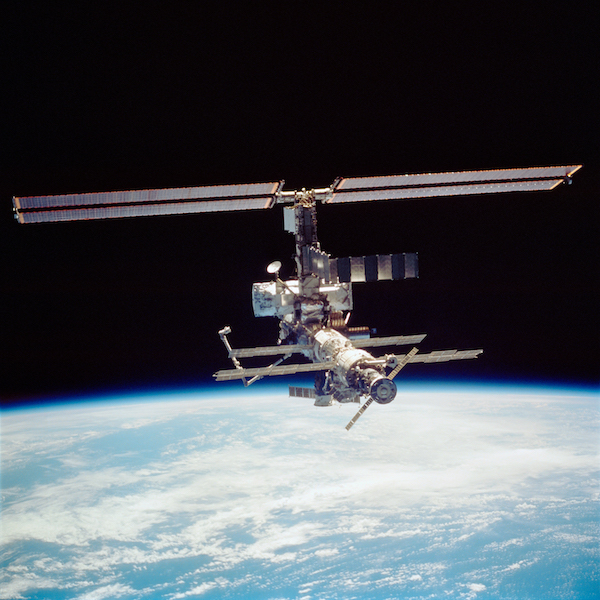 The conditions inside the station are fairly stable. Once the electronics have safely made their way to the ISS to be assembled and put into operation, the threat of failure through shock or vibration moves farther down the list of potential system issues.  At launch, however, the system must handle accelerations of up to 40Gs. Electronics need to operate reliably from launch to implementation.

In June of 2018, a new mission made its way to the ISS. As part of that supply mission, one of the crew members, German astronaut and geophysicist Alexander Gerst, received an Air Transport Rack (ATR) with OpenVPX technology. The OpenVPX system was developed by Elma Electronic and was installed as part of the “Broadband Communication System User Terminal” in the Russian ISS service module “Zvezda.”

ATR has been a proven form factor for computer systems in the aerospace industry for many years. Maneuvers of the aircraft create enormous forces that a “simple” computer case would not survive. An ATR resists high levels of shock and vibration, and does not bend as much as other enclosures.  It can also survive stronger impacts, such as a hard landing. 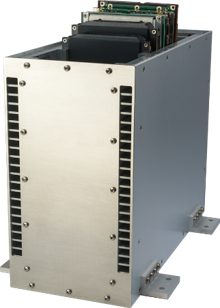 The ATR forms the housing, which then encases a computer unit using OpenVPX architecture. When the system went into service in space, it enabled a “near-permanent” connection of the ISS to ground control.

Continuous transmission is a must of this mission. Noted Vitali Siris, of Elma Electronic GmbH, who oversaw development of the OpenVPX system, “The ISS only takes about 90 minutes to orbit around the world. As soon as the space station is over an area of the earth not covered by ground reception systems, the connection would break off each time.” Due to the high speed and steadily increasing data volumes of the ISS, the connection must be re-routed almost permanently, depending on which satellites offer the best transmission route at the respective time.

Communication satellites—in this case the GEO-satellite network ” Luch ” that are used as relays—are the solution. Originally developed for communication between the Mir space station and the Buran space glider, these GEO relay satellites are a series of communications satellites that transmit signals between spacecraft (such as the ISS) and Earth.

The OpenVPX-based system takes on the task of routing the signals, enabling data throughputs with an uplink speed of up to 100 Mbps and a download speed of 6 to 8 Mbps. The system represents the hardware part of a Multiplexor Demultiplexor Modem (MDM) unit. The MDM is responsible for capturing, storing and transmitting the results of onboard experiments.

Among other things, the unit includes a modem, DVB-S2 (for satellite signals), PAL (phase-alternating line, so an analog video signal) and HD video inputs and outputs. The MDM’s serial interface cards comply with MIL-STD-810F, thus guaranteeing the needed resistance to shock and vibration.

“Resistance to environmental impacts is necessary,” continues Siris. “While the technology inside the ISS itself benefits from constant climatic conditions of 20 to 22°C and similarly, a constant humidity, the electronics must be able to withstand forces of up to forty times the gravitational acceleration at rocket launch.”

The subject of cooling is always a particularly sensitive issue in embedded systems that operate in harsh and remote environments. The system for the ISS is cooled using the forced air-conduction-cooled method. The processor card, graphics card or memory card are connected to the side panel with a special mechanism and the side walls of the ATR are equipped with fins that face outward, drawing heat out as the air is forced across the system.

Although the ruggedized cards are actively cooled, the fans work just outside the housing. This solution also protects the interior of the system against dust and eliminates a potential source of damage during transport. At the same time, the cooling variant saves space without interfering with the multi-functionality of the system.

The use of an SSD hard drive with a capacity of one terabyte is interesting from a technical perspective. For this purpose, some tests had to be carried out by the space supplier, because the hard disks are more exposed to the free protons in space than that on Earth, due to their fine structure, in the 10-15 nanometer range. This sustained firing can damage parts of the SSD (such as the flash memory).

As the networking density and functionality of the ISS increase, modern methods to handle the growing system requirements will continue to evolve. Building on the success of the OpenVPX-based ATR system, plans are in the works to develop another, similar system, using the same architecture for the new science and energy module NEM-1, which is scheduled to be added to the existing station in 2021.